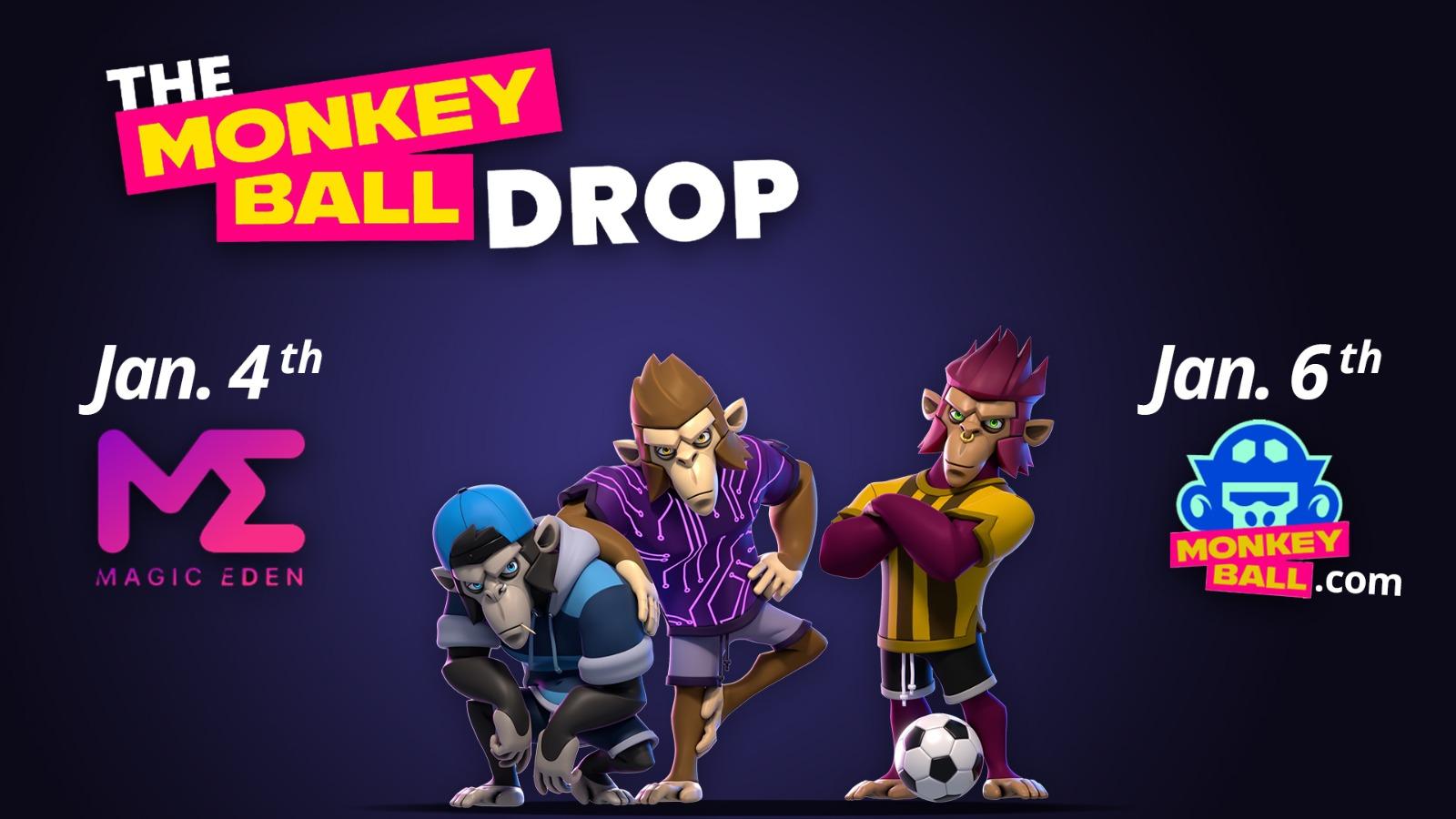 Play-to-earn venture MonkeyBall has capped off a multi-month process by launching its $MBS token. The team will focus on the upcoming Monkey NFT Drops to celebrate that crucial milestone, bringing more attention to the project and what the team aims to achieve.

MonkeyBall is pleased to announce the launch of its $MBS token, which can be traded across multiple exchanges and trading platforms. The token will serve multiple purposes in the broader MonkeyBall metaverse, including gaining access to the in-game store, buying Breeding capsules to create new MonkeyBall Monkeys, and much more.

The upcoming Monkey NFT Drop marks another significant milestone for the project. Gaining access to an NFT ensures you can play the upcoming MonkeyBall game and offers intriguing benefits to features that launch before the game goes live. Early access includes exposure to:

The upcoming NFT drop for MonkeyBall will feature Gen-0 Monkeys. Breeding these creatures will result in Gen-1 Monkeys, and so forth. The ultimate goal is to ensure sufficient teams and leagues to facilitate matchmaking. Monkeys will have various appearances, core game skills, perks, rarity level, and gameplay skills.

Interest in the MonkeyBall ventures has risen strongly over the past few months. Draftkings’founders, along with Solana Capital, Republic, NFX, iAngels, and Longhash, backed the project through a $3 million round in October 2021. Moreover, the team raised an undisclosed amount of funding from Alameda Research, YGG, and other investors in December 2021. Both rounds complement MonkeyBall’s initial DEX Offering (IDO) on Starlaunch in November.

MonkeyBall is developed on the Solana blockchain with the Unity game engine as a play-to-earn soccer game. The developers aim to provide high production value and AAA gaming accessible to everyone. Players will manage a team of four monkeys playing matches against other users. Additionally, players will earn $MSB tokens for every game they win, allowing them to buy stadiums and attend other players’ matches. Exploring those two latter options entitles users to additional rewards.

MonkeyBall is the next-gen esports game on the metaverse that enables players to Create, Play, Compete, and Earn.