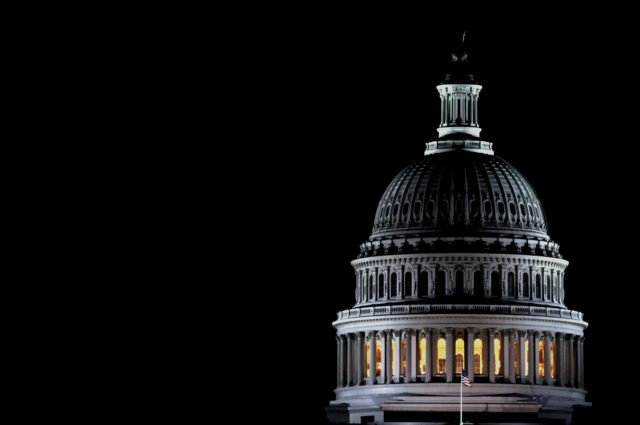 For many years leaders around the world dismissed cryptocurrency as lacking any true value or legitimate use. This attitude was due largely to a failure to understand, or respect, its revolutionary nature. Now that mass adoption is underway, crypto cannot be ignored, and voices are now emerging calling for it to be banned. Although misguided, this hostility clearly reflects the realization that blockchain technology will inevitably lead to a radical restructure of the global economic framework.

In May, U.S. Congressman Brad Sherman (D-CA) called for an outright ban of cryptocurrencies in the United States. This is the second time Sherman has made such a proposition. Last July he called for a law making mining and trading illegal.

What is notable about Sherman’s anti-crypto stance is his premise that blockchain assets threaten to undermine the global hegemony of the U.S. Dollar by creating borderless, supranational money that cannot be tracked or regulated. In other words, Sherman dislikes crypto because he has come to recognize its true potential. Gone are the arguments that cryptocurrency is a scam, or a ponzi scheme. Now it is being taken seriously as a legitimate alternative to the fiats issued by central banks. It is worth noting that Sherman’s primary campaign donors include UBS and Royal Business Bank as well as credit card processor Allied Wallet.

Russian parliamentarian Nikolai Arafiev is another politician seeking to ban cryptocurrency largely due to its disruptive potential. A senior member of the Duma, Arafiev has stated that crypto has the potential to destroy Russia, largely because it enables assets to be moved outside of the country, and without any state oversight. Specifically, Arafiev has stated:

“If cryptocurrency worked, we would be completely ruined today because all financial flows would be taken out of Russia. And Russia would end. Because cryptocurrencies were created to ensure that the state does not control the flow of capital.”

These comments compliment those of Elina Sidorenko, a Duma official investigating crypto regulations, who earlier this year stated that Russia would not implement the digital currency for at least thirty years.

The harsh sentiments expressed by Sherman and Arafiev can also be found by leaders in other economically influential nations. Indian lawmakers, for example, are presently considering criminalizing crypto adoption with ten years in prison. At issue is, of course, the power held by states over how capital is created and used. The centralization of state-backed fiats in the 19th century, and the abandonment of the gold standard in the 1970s gave governments unprecedented authority to create wealth that has no backing by tangible assets.

The fact that global leaders are loathe to yield such significant power is not surprising. It is now clear that, for many, opposition to blockchain assets is rooted in the fact that they now understand just how powerful the technology is. Nevertheless, each passing day yields more evidence that fiat currencies will one day be replaced with this new form of wealth. Thus, rather than seek to criminalize it, these individuals would be better served respecting what it has to offer.