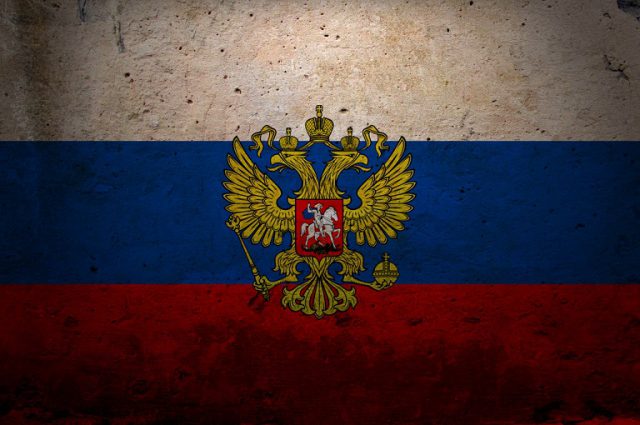 The Russian Government believes the Bitcoin currency and other virtual currencies no longer pose a threat to the country’s financial system. This was the announcement made Deputy Chairwoman Olga Skorobogatov of the Bank of Russia (Central Bank) and the country’s Federal Monitoring Service.

According to a report from TASS news agency, Deputy Minister Alexei Moiseev said they have decided to play the waiting game with regards to Bitcoin. It was Mr. Moiseev who was adamant in banning the crypto-currency in 2014. A bill was even endorsed to the Russian Parliament about Bitcoin’s prohibition while government agencies were asked to comment on the matter. At the same time, experts were consulted about Bitcoin while other bureaucrats opposed the recommendation of the Finance Ministry. On the other hand, Alexander Bastrykin (Investigative Committee Chairman) opined that Bitcoin threatened the financial stability of their country.

The government has adopted a different approach. Both the Bank of Russia and Federal Financial Monitoring Service were tasked to keep a close watch on the digital currency for the sake of economic security. These agencies said there was no existing danger although risks may come up in the future. The draft of the injunction initially proposed a seven-year prison term for anyone using Bitcoin in Russia less than one year ago. Even the central bank will not take any precautionary measures against Bitcoin.

Meanwhile, regulators and officials from the bureaucracy said they want to understand the Bitcoin well and develop a framework for regulation based on this knowledge. Use and mining of the digital currency will not be considered a crime if regulation for Bitcoin is implemented. The Bank of Russia continues to create a path after it formed a Financial Technology association to concentrate on evaluating said platform.

The FinTech group was organized last December 28 (2016). It consists of representatives from primary banks in Russia such as Alfa Bank, State-owned SberBank of Russia and VTB Universal Bank. Also included are Qiwi payment service provider and National System of Payment Cards (NSPK). The latter operates the MIR charge card in Russia. The chief executive officer of Qiwi (Sergey Solonin) was appointed head of the association. Qiwi is the principal proponent of the technology among all financial firms in the country. Aside from Blockchain, the Russian central bank will also investigate identification platforms as well as new payment systems.

Russia built this prototype MIR card for the new internal payment system. Mass production of said card started in 2016. Developers of this card consider the payment systems of BRICS (emerging economies) as future partners. These countries are Brazil, Russia, India, and China.

Deputy Chairwoman Olga Skorobogatov stated the primary goals of the FinTech association include development and presentation of new solutions in technology to facilitate the growth of Russia’s financial sector and promotion of digitalization of the national economy. This disclosure is the most recent indication the central bank will assume a major and visible role in testing and deploying Blockchain in the financial industry.

The Bank of Russia does not hide its interest in this technology. Last year, Skorobogatov declared Russian financial entities need to get ready for broader use of Blockchain in the near future. It also undertakes hands-on edification into said technology and introduced a financial messaging system in October. This is known as the “Master Chain”. The government is looking at Blockchain concepts separately while the National Securities Depository initiated similar efforts together with other institutions.

A local media outlet revealed Deputy Minister Moiseev announced in a London event the bill may be introduced sometime next fall but can still be delayed. The attempts to pass laws related to Bitcoin have been sporadic since 2015. It was even stumped after government officials argued about the ultimate scope. The measure is focusing on creating “money surrogates (alternatives)” which will cover Bitcoin as well as other virtual currencies.

The Bank of Russia continues to work with local financial organizations in conducting research on prospective Blockchain applications. Meanwhile, private corporations are analyzing the technology for their own purposes. The Federal Anti-Monopoly Service has collaborated with Sberbank about a project for storage of documents. Apprehensions about the usage of Bitcoin and other virtual currencies were put to rest after the Russian Federation Federal Tax Service adopted a position that concerns the legitimacy of the currency and its use along with all relevant transactions.

The Russian Government experienced there years of so-called uncertainty whether to outlaw or accept the new currency. It even tried to introduce penalties such as imprisonment for mere use of Bitcoin. Even banking officials who transacted business using Bitcoin were supposed to be jailed and prohibited from holding specific positions in any financial institution. Yet, authorities overturned their decision. Instead, it issued a new directive to the finance ministry to come up with a new version for this legislation regarding Bitcoin.

Even then, authorities have the prerogative to investigate any individual or company that uses the currency for possible terroristic activities and money laundering acts. This may call for Know your Customer (KYC) and Anti-Money Laundering (AML) from exchanges although there have not been any clarifications or interpretations from the government. Directives remain vague so far.

As a foreign currency, the trading (purchasing and selling) of Bitcoin and other crypto-currencies will be regarded as monetary transactions. A document coming from the Federal Tax Service gives legality to Bitcoin. All trading functions relevant to Bitcoin will be deemed as overseas or external securities.

All these recent developments point out that there is a big possibility that Bitcoin will soon be made legal within the Russian Federation.