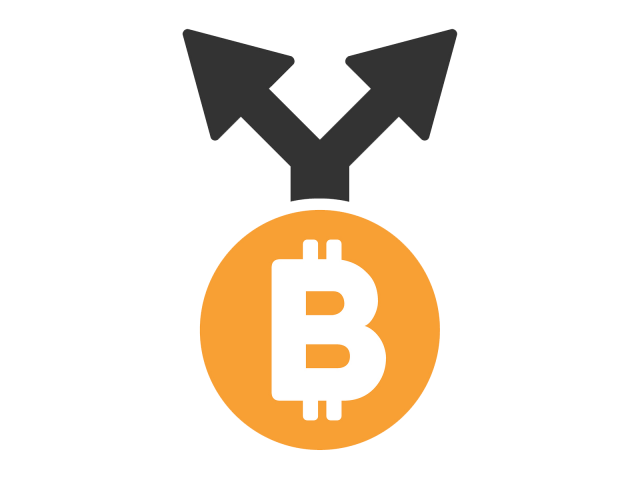 On Nov. 8, Mike Belshe, CEO of BitGo, announced that SegWit2x will not activate due to a lack of community support. He values “keeping the community together” more than increasing the blocksize or any technical improvements. Belshe feared dividing the community could “be a setback to Bitcoin’s growth.”

With just four brief paragraphs, Mike Belshe cancelled a fork that would have dramatically impacted Bitcoin. However, he fails to clearly explain the causes and implications of the fork. Nonetheless, it is still important for Bitcoin supporters to better understand the situation to know how this will impact the future of Bitcoin.

The Purpose of SegWit2x and Why It Was Opposed

The SegWit2x fork would have originally activated around Nov. 16 at block 494784. Over 80% of the mining hash rate signaled support for the fork, in accordance with the New York Agreement, which is a compromise formed by major Bitcoin Companies, including Bitmain, CoinBase, and BitPay, to increase the blocksize within 6 months of SegWit activation. In addition, most major exchanges, including Bitfinex, ShapeShift, and CoinBase announced that they will support both versions of Bitcoin.

The proponents of the fork emphasize that the blocks are at full capacity and the 1Mb size limit on Blocks can longer support the ever-increasing Bitcoin volume, causing expensive transaction fees and slow confirmation times. In fact, the average transaction fee was over $6 on Nov. 8. Now it is around $15! High fees limit Bitcoin to large transactions and render small, everyday payments ineffective. When sending small payments, Paypal, credit cards, and debit cards become much cheaper. Bitcoin cannot became a widely adopted currency if money cannot be quickly and cheaply sent and received. As Bitcoin becomes more and more popular, the situation will only worsen. Some believe that Segwit2x will temporarily relieve these problems, buying time for future improvements that address the scaling problems.

However, the Bitcoin Core developers, who control the Bitcoin Github repository, strongly objected SegWit2x. The market agreed with them, trading futures around only $1200 before the fork cancellation.

Opponents of the fork argue that hard forks cause confusion. The Segwit2x code lacks a built-in replay protection as both blockchains use the same transaction format; transaction sent on the incumbent blockchain can be repeated on the Segwit2x blockchain and vice versa. The methods used to prevent this exploit requires an advanced understanding of Bitcoin, making it troublesome for typical users to include the optional replay protection. Regular users could potentially lose their Segwit2x coins by sending the incumbent version of Bitcoin. In addition, a hard fork splits the community by questioning which version of Bitcoin should be called “Bitcoin.” Such controversy challenges Bitcoin’s status as the “gold” of cryptocurrencies and hinder collaborative developments.

Although most of the miners signaled support, the miners only represent a small percentage of the population. Furthermore, the top 10 mining pools control over 80% of the mining power; thus, having the protocols determined by the longest blockchain won’t fully represent the Bitcoin community as a few miners who own Bitcoin farms could easily minpulate the rules. Moreover, only few individuals negociated on the compromise, excluding the Bitcoin Core developers and much of the cyptocommunity. It symbolizes that a small group of people can control the changes to Bitcoin, which contradicts what Bitcoin is about: decentralization.

The abandonment of SegWit2x led to the rise of Bitcoin Cash. Many decided to switch over to Bitcoin Cash, which has 8Mb blocks, as the fees are much lower with the median fee around $0.07 compared to that of Bitcoin’s $10. The transactions also process faster since the blocks are not filled to full capacity. Bitcoin Cash, unlike Segwit2x, has replay protection and secure payments. Bitcoin Cash only has a few major disadvantages compared to Bitcoin: not using Segwit and not having as much community support and trust. However, Bitcoin Cash does not need Segwit for scalability as the larger blocks suffice and will quickly gain support as an alternative for the cancelled Segwit2x. At the of writing, the price of Bitcoin Cash doubled to over $1200 since Nov. 8; Bitcoin Cash could become a competitive rival to Bitcoin.

The switch to Bitcoin Cash could explain why the price of Bitcoin plummeted from around $7500 before the withdrawal of SegWit2x to almost $5300. However, since the price recovered to almost $7000, much of the selling likely came from speculators who wanted free coins. The price action of Bitcoin was strangely similar to the weeks before Bitcoin Cash and Bitcoin Gold were forked, rising rapidly and creating profits for the speculators. After both forks, the price of Bitcoin dipped slightly, indicating there are people who brought Bitcoin for the free money and sold off after receiving their free coins. Likewise, the price after the abandonment of SegWit2x dropped. Only this time, the price crashed possibly because investors expected free coins that did not come so they ditched Bitcoin. After all, volatility is normal in among cryptocurrencies and this event should not significantly impact the long term investors of Bitcoin.

Similarly, Bitcoin Cash will not replace Bitcoin either. Bitcoin is the first cryptocurrency created, so it was a precedent for future altcoins. Because it is the first of its kind and an example for other coins, Bitcoin will always retain a sense of trust from its users. Better coins may overtake the market cap of Bitcoin in the far future, but they are still based on the technology derived from Bitcoin. For this reason, Bitcoin will always remain important and as a symbolic standard in the world digital currencies.

Still, Bitcoin developers are busy creating alternative solutions for expanding Bitcoin’s scalability. One possible solution, called Lightning Network, proposes off-chain transactions. Users would create channels where they can freely send Bitcoins to each other. The channels will expire at a predetermined time and then be uploaded to the blockchain. The blockchain will also settle any disputes. Some advantages include instant payments and low fees, which solves Bitcoin’s major flaws. On the other hand, users have a time limit to send their transactions, and transactions sent after the channel expires could be stolen.

Another possibility includes proceeding with the SegWit2x fork in the future with more support. Mike Belshe mentioned in his announcement that “as fees rise on the blockchain […] it will eventually become obvious that on-chain capacity increases are necessary.” If the transaction fees do become too ridiculous, then a block size increase can provide immediate relief. At that point, it wouldn’t be just the miners and a few individuals sitting in a desk, but an entire community advocating for change.