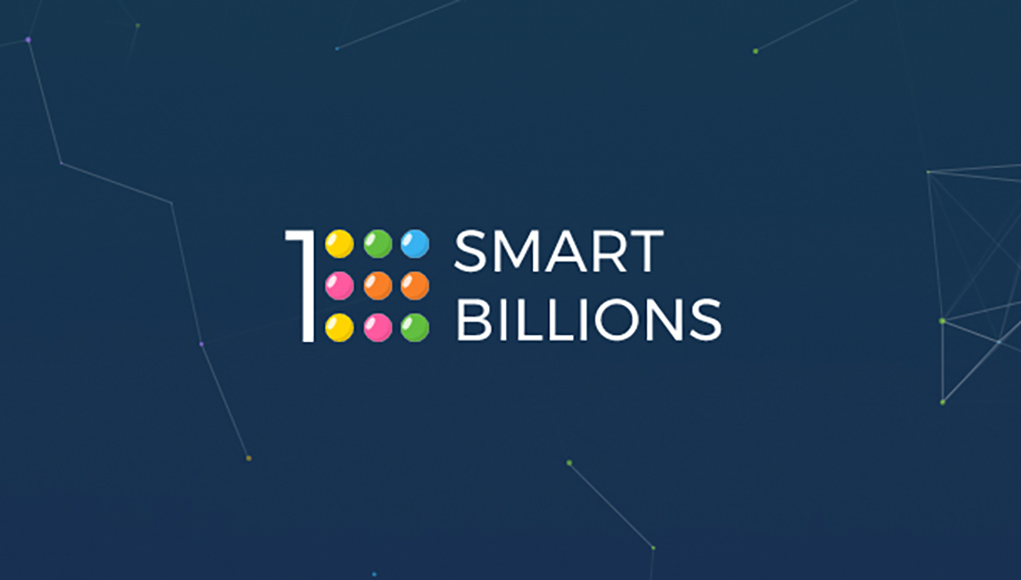 “The biggest revolution in the world of lotteries” — that’s just how the SmartBillions project (www.smartbillions.com) is being described in social media. It is the first lottery in the world that is fully transparent and immediate, as the results come in every 45 seconds. Moreover, the stakes of the game will be the highest in history: the maximum win (jackpot) can reach up to 2,5 billion dollars.

What’s equally important is that we’re not talking about some distant idea that will be implemented in a couple of years. The lottery will be launched in just two weeks. The creators of SmartBillions aim for it to become the world’s most popular lottery.

Many times in history the lottery draw mechanism has proved itself problematic. One of the largest scandals in the lottery world appeared in the United States. The Triple Six Fix in Pennsylvania was about the highest jackpot at that time, 3,5 million dollars. At the base of the swindle lay a very simple trick: the TV show host made all balls heavier except numbers 4 and 6. There was a great probability that the machine would only pick up balls with a four or a six. A couple of days earlier the accomplices of the television host bet on all possible combinations of those numbers. As predicted, during the lottery draw three sixes were
picked.

In the digital world of today, we don’t even need to make any balls heavier. Just a couple of weeks ago Eddie Tipton pleaded guilty before the United States Court. For twelve years (2003–2015) he was a programmer and the chief of IT security in The MultiState Lottery Association. Tipton did a very simple thing: he added a special code to the software of a few local lotteries, which enabled him to win the jackpot. And so he did: in twelve years he could have amassed over ten million dollars, but the real figure is still unknown.

SmartBillions turns this pathology prone system upside down. The whole lottery is based on blockchain technology and the cryptocurrency Ethereum (ETH). The Ethereum self-amending smart contract guarantees that all the data, as well as all lottery actions and functions will be made public, totally transparent and unchangeable.

All elements of the SmartBillions lottery are decentralized — there is no company or country behind it. After the lottery’s launch the whole mechanism will take place on the Ethereum network and no one will be able to change it or influence it. All lottery elements and the exact
rules of how it works have been defined and described in documents posted on the project’s website (READ THE SMART CONTRACT AND THE WHITEPAPER). All the details of the Smart contract are known to the public and supported by experts. Their lottery will have no person as administrator, as even this poses a threat that the system could get manipulated. There will also be no government that would collect its share.

On October 16th the investment mechanism will be activated. The SmartBillions lottery gaming platform will operate with specially designed SMART tokens (called “coins” in the cryptocurrency world), initially priced at 0,001 Ethereum per unit (approx. 30 cents). The maximum of 252 million tokens will be offered to the crowdsale backers.

The value of the offered Tokens is 200 000 Ethereum, which is around 58 million dollars. The investors will receive 79,37% of all the tokens. The rest will end up in the hands of the international group of developers. Two weeks after the ICO, the developers of Smartbillions will make the SMART tokens exchangeable on well known exchanges, but their price is
likely to be many times higher than during the crowdsale that starts on October 16th.

Anyone who decides not to use their purchased tokens (after ICO ) will be able to “give” them back. They will receive 71,43 percent of their invested money. This is an unprecedented investor protection mechanism, never before seen in any ICO process. The possibility of
token redeeming is a form of investor protection in case of unforeseen events. They can withdraw their money at any time.

SMART tokens are also linked to the payments in an unprecedented dividend mechanism. They have been recorded in a smart contract in accordance with the formula in which funds received from players are divided: 94–95 percent gets into the jackpot for wins payouts, whereas 5 percent is paid to token holders as a dividend. An additional 1% goes to affiliates, who will recommend the lottery in their media. The first dividends will be transferred to investors on November 30th and will be paid every month, indefinitely.

SMART tokens will gain value with the development of the project and the dividend will grow at the same pace as the number of new players of the lottery. It is certain that they will be lured by prize money (200 thousand Ethereum), that’s expected to come from investors in October; roughly 58 million dollars. 90 percent of that sum will end up in the jackpot and the rest will be used for marketing.

Read details about the project, ICO, and tokens in the White Paper:
https://www.smartbillions.com/docs/SmartBillions_Smartpaper.pdf