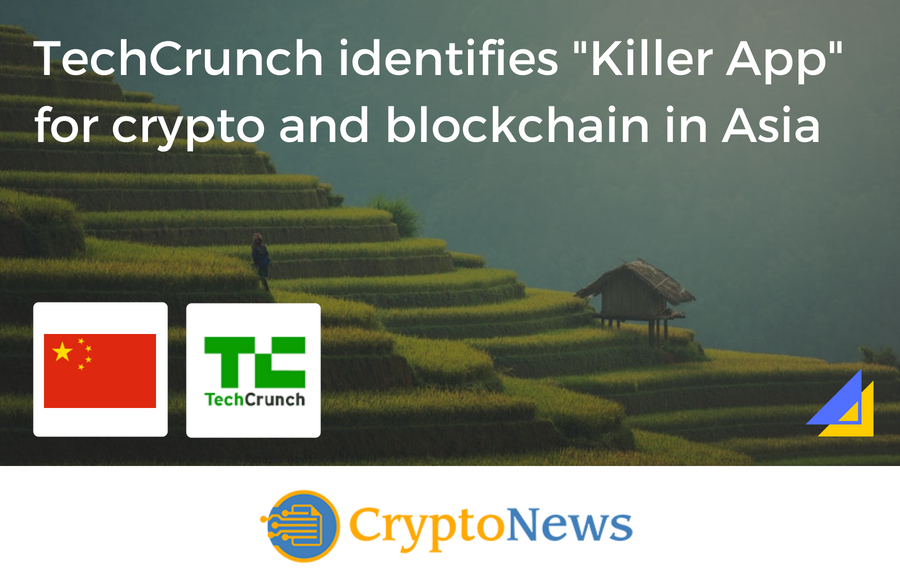 TechCrunch contributor Joyce Yang published a really interesting article on August 18th, which suggests that the largest implementation for cryptocurrencies and blockchains is gaming, at least in Asia, this is what drives forward technology adoption and growth. The article talks about Cryptokitties, whose co-creator Benny Giang has grown to a wide acceptance and adoption among both crypto and cat lovers. Started the expansion in China, Japan, and Korea, and according to TechCrunch this company is playing by the same or similar playbook as Uber, when it launched in China in 2014.

It talks about the types of investments ($12 million) that the game has received and used to fuel expansion into the Asian markets. It explains how companies can prosper and achieve greatness when they don’t need to worry about cash flow. At the same time, this is a sort of unresponsible, unpragmatic approach of startups (blockchain or otherwise) that equals to playing business with other people’s money. Investors are investing, but should it be game over, it’s game over, and the money is spent, and that’s a risk they are willing to accept.

With Cryptokitties though, the risks are easily mitigated in the minds of investors, as the main reason for capital investments in the company was the need for geographical expansion for a model which is already proven to be profitable, as Cryptokitties was in the green starting from week three, as evidenced by this discussion.

TechCrunch’s article closely follows the spearheading path of Cryptokitties as they pave the way for other crypto-based games, but they also uncover a lot of interesting details about the market. First, the Asia crypto and blockchain regulations are better developed, somewhere for the better, somewhere for the worse. What is important is that governments actually have a stance on blockchain and cryptocurrency.

Second, the adoption of blockchain technology is skyrocketing in Asia, with the majority of the population being technologically advanced as a culture. They have a better opportunity to understand blockchain and crypto as the market is booming with new companies, there are many successful projects and of course Binance (which had to move, but still China is where it came from). Third, the amount of gamers in Asia is through the roof when compared to the rest of the world. In fact if you want anything to succeed then you need to make sure that there is some sort of gamified factor in your product or service that would appeal to the masses in Asia.

Local partnerships and key hires, key to success for Uber

Following the TechCrunch story, they explain how the Uber implementation was crucial in making the correct hypothesis to use for their research on the Asian markets. They quickly understood that they need to localize their approach to this marketplace, following the lessons that Uber had to learn the hard way. Uber had to exit the Chinese market because it failed to properly localize and charm the average Chinese citizen. They were fighting the competition head on, and in retrospect, a better approach would have been to partner up with them.

Following this critical lesson, Cryptokitties founding company Axiom Zen looks for local partners and begins collaboration with Animoca Brands to localize the mobile game for China, Hong Kong, and Taiwan. The partner is based in Hong-Kong, and it is a popular developer and game publisher, which has already worked on IP assignments such as Garfield. Cryptokitties was able to leverage the Animoca experience, and create a website for Chinese-speaking users, provide native customer support, and host local giveaway events for them in order to drive adoption and generate product awareness. Benny Giang says that especially for a blockchain gaming company like themselves it’s best to find at least two partners in the local environment. One to support blockchain, and another to support gaming integration with the local communities. TechCrunch’s author is praising Benny for the foresight and intent for collaboration, explaining that this type of understanding for market strategies requires preparation and hard work.

They continue to explain how Western companies in the blockchain industry typically do not follow in suit as the other tech companies when expanding. Instead, they use incentives with their tokens to leverage the global community into supporting their cause, by marketing them and generating additional community members. As TechCrunch raises concerns, this approach is attractive for people looking to make a quick buck, not for people that are looking to solve problems. In addition, culture plays a very important role in anything related to adoption. dApps need to be tailored to the tastes of the culture for which it is designed. In the case of Cryptokitties, there was no need for a large amount of adaptation, as everybody in the world simply loves cats!

They hired Momo, a designer for WeChat stickers and characters, to be their brand ambassador and contributor to the project by designing kitties! They used a clear and popular individual in the local environment that understood what the people wanted and applied this knowledge to help them achieve their goals.

If you have a startup whether in tech or in blockchain (still tech) you should follow Benny and Cryptokitties’ example for success. Leverage partnerships strategically and grow fond of the local communities through already loved personalities and projects that understand the subtle needs of the general public.

Especially true for adoption, but also for legal as TechCrunch educates us that in China all internet companies need to get approval and a license from the government to be able to operate without a problem. China might have a difficult time applying compliance to laws regulating physical space, but they have no problem with compliance in the digital spaces. China is the golden valley for tech, with the uprising of Shenzhen and the general adoption of technology, crypto, and blockchain, it represents a unique opportunity for all entrepreneurs that are looking to generate a large user base for their blockchain projects. The market itself is rapidly growing, with technology becoming more available every year.

We will look at the following few years as Western companies are striving to enter the Chinese market and achieve success within the local communities. Uber failed, but you don’t have to! If you’ve grown big in the USA, you definitely have an opportunity to enter China and prosper, just make sure you follow the right example or at least experiment responsibly.