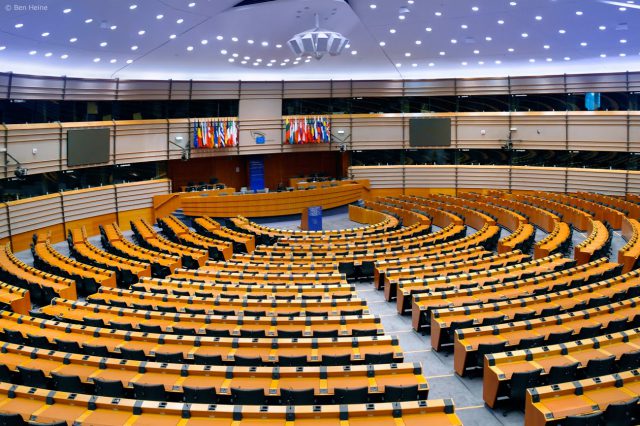 It has often been said that a digital currency can only be truly anonymous if the Governments agree to this and truly lose interest in the cryptocurrency market. With this in mind, according to recent reports, the European Parliament alongside with the Council of the European Union have both proposed the idea of amending a certain directive, meant to prevent money laundering alongside with terrorism financing.

This amendment would require digital currency exchanges throughout the European Union to submit data, meant to identify suspicious activity, which means that they would have to identify most of their bitcoin users, to carry out a proper investigation. It is worth pointing out that this particular directive constitutes one of the main legal instruments that are meant to prevent the monetary system of the European Union to be used for illegal purposes just like money laundering or terrorism financing. This particular directive is meant to require member states to also identify and mitigate all risks related to both money laundering and financing.

While attempting to fight these two practices is understandable, this doesn’t mean that digital currency users have to be referred to as suspects, and lose their online monetary privacy. Back in 2015, this particular directive said nothing about cryptocurrencies, and mentioned that the anonymity meant to exist during the exchange between crypto and fiat currencies should be respected.

However, according to those who are pushing out the amendment, it seems like the Paris terrorism attacks are calling for a change, and have showed further proof that terrorists can indeed conceal transactions in the Blockchain network, thus putting both bitcoin users and fiat users in the European Union at risk from being exposed to an actual attack.

These represent the main reasons why the proposal seeks some more oversight over cryptocurrency users, as the Financial intelligence Units of the European union believe that they should be able to associate digital currency addresses to the identity of its owner. The ability of allowing users to self-declare the funds they hold in digital currency to the authorities has also been considered.

However, members of the bitcoin community throughout the EU and the entire world are strongly against having their private data monitored by government agencies. It is also believed that people can be identified as terrorists through other filters, rather than whether they use digital currencies or not, whereas money launderers can be better investigated by authorities, which do not need bitcoin proof in the first place.

If voted on and applied, these directives may encourage numerous members of the bitcoin community throughout the EU to sue the system, and hence attempt to protect their personal information, similarly to what is happening in the United States, where a lawyer has sued the IRS to prevent it from accessing his own, and other people’s transactions on the bitcoin exchange, Coinbase.

Based on everything that has been outlined so far, what do you personally think about the EU’s attempt to identify bitcoin users throughout the European Union, to help prevent terrorism financing and money laundering? Let us know your thoughts in the comment section below.