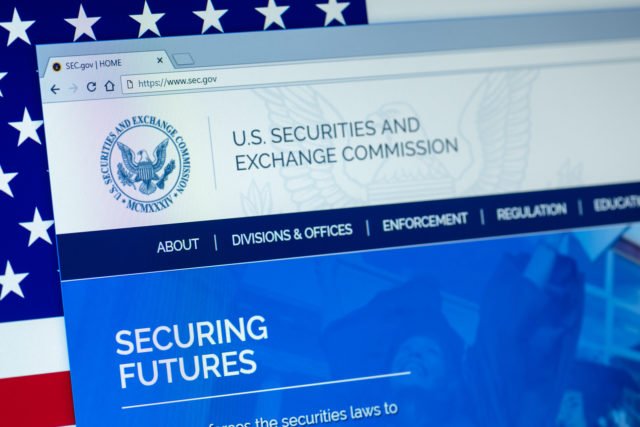 The November 5 deadline set by the U.S. Securities and Exchange Commission (SEC) in relation to public comments on nine Bitcoin exchange-traded fund (ETF) proposals has passed with the Commission now focused on ending their review process and coming to a final decision.

The SEC had originally rejected the proposals back in August citing issues with the underlying Bitcoin futures markets and stating that the spot Bitcoin market is still prone to manipulation. The Commission declared that the products did not comply with the requirements outlined in the “Exchange Act Section 6(b)(5), in particular, the requirement that a national securities exchange’s rules be designed to prevent fraudulent and manipulative acts and practices.”

However, just a day after the rejections, the agency announced that its leadership would review the decisions and requested further comments from the public regarding the Bitcoin ETF rule change proposals.

The SEC designated November 5 as the due date for any new comments from the general public and solicited “any party or other person” to file a statement in support or rejection of the proposed BTC ETFs during the first week of November with assistant secretary Eduardo Aleman writing:

“It is further ordered that the order disapproving [the proposed rule changes] shall remain in effect pending the Commission’s review.”

The review process covers nine separate ETFs that have been proposed by three different applicants and affects two BTC ETF proposals submitted by ProShares in conjunction with the New York Stock Exchange (NYSE) ETF exchange NYSE Arca, and five additional ETF applications from Direxion, which are also for listing on NYSE Arca. Two additional proposals were submitted by GraniteShares for listing on CBOE.

The Commission also made it clear that its prior orders disapproving of any proposed rule changes for the three applicants’ proposals would remain in effect until the end of the official review. The SEC also published a separate notice in which the SEC has filed amendments to changes and clarifications previously put forward by GraniteShares regarding its proposed models of operation.

While November 5 was the last day for members of the public to provide comments on the Bitcoin ETF proposals, a final decision on the various applications will come later, with 45 days being the typical time frame for such decisions.

Furthermore, in addition to the applications submitted by ProShares, Direxion, and GraniteShares, the SEC is also separately considering a joint Bitcoin ETF proposal from SolidX and VanEck. It is possible that a decision on the VanEck proposal could come before the end of the year as a deadline of December 29 has already been set. However, there is an allowance for a potential delay of up to February 27, 2019.

As a result, a final decision on the various ETF proposals is still some way off with some decisive action from the SEC still far from being imminent. It very much seems as if any final rejections or approvals will not take place until well into 2019 with the Commission in no rush to come to a final decision.

Despite the greater cryptocurrency community showing a general lack of confidence in an ETF being approved in the near future, the SEC has recently announced the launch of its Strategic Hub for Innovation and Financial Technology (FinHub).

The FinHub will act as a resource for public engagement on the SEC’s FinTech-related issues and initiatives, including distributed ledger technology, and digital assets, automated investment advice, digital marketplace financing, and artificial intelligence/machine learning. The FinHub also adds on to the work of several internal working groups at the SEC and shows that the agency is receptive to emerging technologies and new approaches to capital formation.