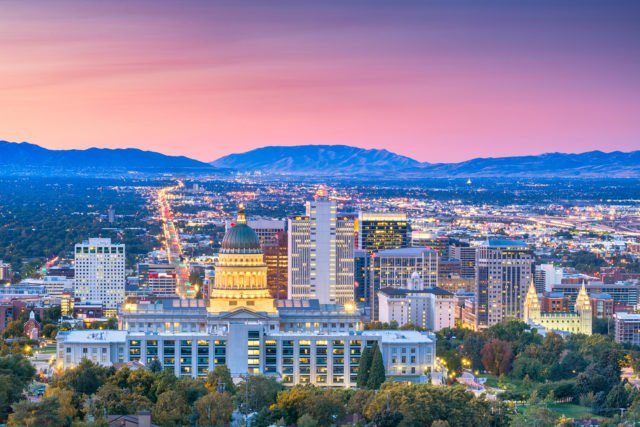 So far, numerous case studies regarding blockchain’s usability as a voting platform have been carried out by local governments, NGOs and private entities. So far, the results look promising, in the sense that blockchain can easily facilitate secure and transparent voting, thus completely eliminating fraud, while also making the process more seamless.

Despite this aspect, blockchain is currently mostly used for voting purposes by platforms that have implemented the system for their self-governance. Luckily, recent reports indicate that blockchain technology will soon be used in Utah, as part of a trial project meant to allow disabled individuals to cast their votes. To put things into perspective, the local council and government of Utah have decided to allow blockchain-based voting via smartphones in the upcoming municipal election that will take place in November. The platform that disabled voters will be using for this election represents the result of a fruitful partnership between the Utah Country Elections Division, the National Cybersecurity Centre, Tusk Philanthropies and Voatz, a local voting app development company.

The decision comes after a study conducted by the National Cybersecurity Centre has determined that the blockchain-based voting platform does in fact work, following a few trial runs. The idea here is to initially test the platform on a small group, and if everything goes according to plan, it may be very well integrated into all future elections that take place in Utah. A recent press statement given by Michela Menting, a director for ABI Research, reads: “I think it’s a great expansion on the mobile voting project. There is certainly potential to extend such technology to the general public, but it is always contingent on succeeding in smaller focus groups first, and especially those which may often find it more difficult to vote – due to location or disability as in this example.”

So far, several audits were also conducted on even smaller groups. With this in mind, the same platform has been used for overseas voters in the West Virginia elections, but also in Denver. All trials that have been carried out so far have been audited, and the results were completely accurate, as anyone might expect from blockchain technology. An important aspect worth keeping in mind is that for the past trial runs, very few people actually registered to use this platform. However, this makes sense since not a lot of publicity was carried out. For the upcoming elections in November, Amelia Gardner, a clerk, and auditor for the Utah County has stated that this time around, more people are likely to register, since the election authorities are working directly with the Disability Law Centre to further promote the project. Leveraging this technology is great news for disabled voters since transportation to polling stations is often difficult.

Apart from allowing individuals to cast their votes via the blockchain, the platform has several other functionalities. For instance, it features ID verification, but can also display a verification receipt, an image of the tabulated ballot, alongside the reference for the blockchain transaction. This data can then be printed out on a traditional ballot, which can be scanned just like traditional ballots. The platform also features solutions meant to simplify the process associated with absentee ballots, which can be quite labor-intensive.

While everything looks great, some experts believe that further research and development efforts are still required to facilitate secure, fast, and cheap blockchain-based voting. For instance, Jeremy Epstein, who is the VC of the U.S. Technology Policy Council, has stated that challenges include, but are not limited to malware infections on the voter’s side, disruption attacks, server penetration, alongside DDoS attacks.

Our take on the matter is that these issues mostly exist since the blockchain being used for the voting platform isn’t distributed and decentralized enough, thus creating way for vulnerabilities. Mass implementation of this system would likely entail technical investments that would make the process secure and seamless from all points of view. After all, no widespread blockchain system has been hacked so far. The issue here is that the innovation stops right after the vote is cast – in other words, the vote counting and registration system remain outdated since ballots are still introduced in urns and counted by hand. However, we cannot expect to see the system implemented across Utah without several trial runs. After all, elections are no joke and failure is not an option.