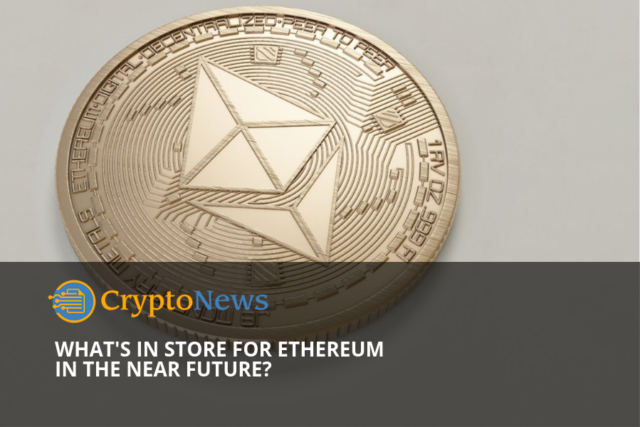 Bitcoin is the powerhouse of the cryptocurrency industry, the first and most trusted blockchain implementation. Of course, it started it all. However, in hindsight, Bitcoin is far from perfect. There are many other projects which have built upon this foundation that Bitcoin provided and have created improved versions of cryptocurrency.

One such project is the very well known Ethereum. We are not going to cover the basics and the beginnings of this project here, but rather focus on the future and what is expected to happen with the network according to public data. For a historical reference, basic coverage, and the fundamentals that you need to know about the platform, please read our “What is Ethereum” article.

The current state of Ethereum

Before we talk about the future, let’s focus on what is current. At this moment, Ethereum is using a proof-of-work consensus algorithm, which means that miners actively have hardware and software running, validating Ethereum transactions, earning ETH as a reward for their contribution. The developers are actively working on improving the core software of the platform, getting it ready for the changes that we are going to talk about in the next section.

There are 194,853 unique token contracts currently written on the Ethereum platform. This number includes all ICOs, utility tokens, private blockchain implementations, and any project that has incorporated a token structure based on Ethereum. This is not a number reflecting the active projects that are consistently using the network. It is merely a number of how many times a new token has been created, regardless of what happened to it.

Safe to say, a significant number of attempts have come to fruition, regardless of their result. Ethereum was released in 2015, so that rounds to about 48,000 unique contracts per year. This means that other non-core developers are interested in building on top of Ethereum, and that they see potential.

However, many of them have failed. Ethereum transactions are cheap, but if you are making a transaction every time you need to write some data, it can drive away users, and if developers take these fees themselves, they risk bringing themselves to bankruptcy.

The future of Ethereum

Ethereum is preparing for a major transition in its consensus algorithm. The plan is to gradually transfer from a proof-of-work approach to a proof-of-stake approach. What this means is that instead of having miners with physical hardware validating the transactions, they will be instead validated through the “staking” of Ether. This would enable the network to scale and grow without any sacrifice in security.

At least that is the hope. The developers behind the decentralized project have a significant task at hand if they are to do this correctly. But they are taking their time and all the right steps to ensure the process goes smoothly. Because of the decentralized nature of the platform (and this entire industry), there are multiple avenues on the front lines.

The official name of the transition to proof-of-stake has been called Serenity by the developers of the platform. The latest news on the topic comes from CoinDesk, where they describe the known information available to the public who are saying that the first code commits will come in by the end of June 2019.

The developer’s proposed timeline is to get the first functional implementation of the proof-of-stake platform by January 2020. For now, it seems that the plan is to migrate and hopefully “forklessly” transition to ETH 2.0. What will be the case is yet to be seen. In theory there is nothing stopping developers from continuing to mine the current version of Ethereum. There are two motivators that will help the transition, but only one of them is stable.

In case a fork does not happen, the likely scenario is that POW and POS will co-exist for a while. This is in case of a fork happening at the initiation of the new platform functions.

In order to facilitate the fair and equal distribution of staked resources, the developers are planning to create a smart contract which will accept ETH and activate it come January 2020. The expected release date of the smart contract address is set somewhere during October 2019 during Devcon, as mentioned by Justin Drake, an Ethereum Foundation researcher who proposed the June 30th date for code finalization during the 17th assembly of ETH 2.0 Validators meeting.

The plan is to publicly share the smart contract address during the event, and hopefully avoid getting people scammed along the way. Of course, such attempts can be considered normal at this point, unfortunately. The public announcement should provide a layer of protection for people that want to stake their coins. We expect it to work in a similar way to an ICO, except you get your ETH back once your staking period is over. There are no explicit details being released at this time in regards to how long the staking period will be, but we expect that more information will be revealed soon.

If the code commits are on schedule for June 30th, we will be looking at concrete data that can be used to deduce conclusions about how the whole process is expected to happen.

Moving on to a different topic connected to Ethereum. Alternateh is a friendly fork of the ETH blockchain which will be used mostly for testing proofs-of-concept in a live environment. The creator, a developer named James Hancock claims that he has received a significant amount of support by miners and other developers in his pursuit to create a so-called “sister chain”.

It is expected that this blockchain will be the first to implement the Progressive Proof-of-Work which is the consensus algorithm for the transitional period that core ETH developers have been taking their sweet time before implementing it. This change in algorithm will disable the possibility of ASIC machines mining the blockchain, something that Ethereum has been adamant to avoid from the beginning of ASIC, but has since failed.

However, many believe that ASIC participation on the network is not a big concern, as they are not large enough in number to compete with GPU power and drastically change the network difficulty. James Hancock however believes that it should be implemented, or at least tested in a live environment. This is why he has created this fork of Ethereum and has invited many miners to start contributing to the platform,

Ethereum is moving forward with plans set in the past. The platform is expected to enable POS algorithms by January 2020. The possibility of a full switch to POS is not outside of the realistic bounds. However, if the decision goes through the network risks a fork, which can split the community of miners. There is an expected period of transition, which will incorporate both POW and POS (but is going to lower POW block rewards), motivating miners to also stake their Ether in the network.