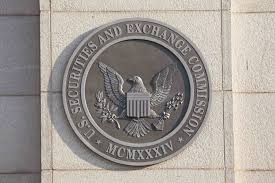 There has always been competition between Ethereum and Bitcoin to establish an ETF. We have now come to the final stage of this race. If you believe the predictions of the operators from EtherIndex Ether Trust (ETHX), an Ethereum based exchange traded fund (ETF), Ethereum is more likely to pass the winning line first. They believe their ETF will be approved by the Securities Exchange Commission (SEC) of the United States before it gives out the approval to an ETF based on Bitcoin.

On April 21st, the EtherIndex team filed a change with NYSE and SEC Arca to their original ETF proposal. This is indicated in one of their official documents. This document is approved by SEC, having provided the commission along with a defined time frame to approve it or reject the ETF.

Rejection of the Winklevoss Bitcoin ETF

The SEC made an official announcement about this on March 10th. According to the announcement, the Bitcoin ETF that was put forward by the Winklevoss twins’ was rejected. The reason for rejection was also stated in the official statement, the SEC made a claim that the ETF was denied as a result of lack of regulations within the foreign Bitcoin market.

The SEC stated that there are few commenters who have noted that most of the Bitcoin trading takes place on the exchanges that are located outside of the United States. According to them, the large trading volume that happens on a daily basis is capitalized in a poor manner. Failing to regulate the exchanges that are located outside the US has contributed a lot towards the rejection. The malpractices that take place within these poorly managed exchanges have the ability to create a tremendous impact on the cryptocurrency, including the impact created on the price discovery process. The most influential and biggest Bitcoin exchange is not located within the US, therefore it would be a difficult task to take control over the actions on those exchanges.

Higher chance for an Ethereum ETF

As mentioned earlier, there is a higher chance for the Ethereum ETF to be approved by the SEC. The non-currency like attributes possessed by this cryptocurrency could tempt them to give their approval. On the other hand, Ethereum (also known as ETH) has specifically been designed with the objective of supporting decentralized applications, including “gas”. It is possible for users to make payments with the help of gas. Or else, they can make payments while they are initiating new smart contracts. Because of these native features, it has become somewhat difficult to establish ETH as just a currency.

The SEC has also made an official announcement about Ethereum. In their announcement, it was mentioned that Ethereum exchanges looks different than those for Bitcoin. They believe that ETH was not designed with the mindset of functioning entirely as a store value. Instead, they believe that it was created with the objective of paying for specific actions that take place within the network. Because of this reason, the SEC tends to think about ETH as an asset. However, they are considering Bitcoin a currency. Because of this clear distinction, we can assume that Ethereum could be approved first and will thus be abled to win the race.

What can we expect in the future?

The above mentioned reason is not the primary fact, which tempted the SEC to reject the Bitcoin ETF. They consider the problems to regulate overseas Bitcoin exchanges the biggest issue. The ETF proposal by the Ethereum Trust has been filed while taking the major markets into consideration. These markets include South Korea and China. In addition, they seem to be performing tight policies on engaged users, including Anti Money Laundering (AML) and Know Your Customer (KYC) policies on local exchanges.

According to data taken from some of the leading cryptocurrency market providers, the three biggest exchange markets for Ethereum are the United States, China and South Korea. The US has a market capture value of 21.7% whereas the other two markets have 6.5% and 11.1% respectively. When you take a look at the population of these three countries, you can see that it is not a major surprised. These markets have been able to dominate the global exchange market for Ethereum. Most importantly, this domination takes place in a well regulated manner. As a result, the SEC might not be able to reject the Ethereum ETF proposal based on that reason.