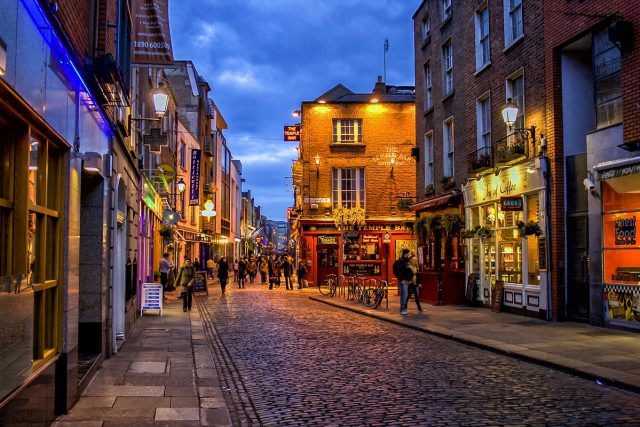 The UK, and more specifically London, has often been referred as the world’s blockchain hub, given the positive push being given to the public ledger technology by the government. However, in the wake of the BREXIT event, this may not be the case anymore, as the UK is pushing policy changes, and its lack of influence in the European Union will also dissipate this hub.

However, the Republic of Ireland may be the next on the list, and the go-to place for blockchain and fintech technology for other people in Europe, and throughout the world. In fact, studies being carried out, have managed to find that Dublin was the world’s second most attractive fintech centre in Europe, after London, which is quite understandable considering the large number of fintech experts living in the country. The leave of the UK from the EU will likely push Dublin to the first place in this list.

For those who do not know, Dublin is already the home of numerous influential tech companies in the world, so they’re likely to accept Fintech-based companies with open hands as well. In fact, in Dublin’s version of the Silicon Valley, we can see the headquarters of numerous tech companies, such as Amazon, Facebook, Uber, Google, Airbnb and even Twitter, which are actively employing people skilled in dealing with IT.

There is also a governmental support in this direction, considering the fact that the government agency that is responsible for contracting foreign investment in the region, has actively given tax breaks, but also other incentives, such as logistical support etc. to tech companies coming from other regions of the world. However, Dublin isn’t only home to large corporations, but rather a wide variety of start-ups, tech departments, but also research centres as well, thus representing the perfect combination for a region that is ready to embrace fintech, and everything else that it offers.

There’s been a positive response from the private, but also public sector, thus welcoming more and more IT companies inside the country, many of which may attempt to innovate in the blockchain sector, thus transforming Dublin, and the entire Ireland into a hub for blockchain-based businesses. The ecosystem growth is also bound to continue, considering the fact that during the last year, there has been a massive migration of brilliant minds, involved with the blockchain technology in the region. Not only this, but both financial services companies and other businesses are considering blockchain adoption, and are looking for solutions. While there may be a shortage of experts in this domain in other regions of the world, Ireland has a high percentage of them, so we’ll have to wait and see how this will evolve from here.

Based on everything that has been outlined so far, what do you personally think about Ireland becoming the world’s next blockchain and fintech hub? Let us know your thoughts in the comment section below.