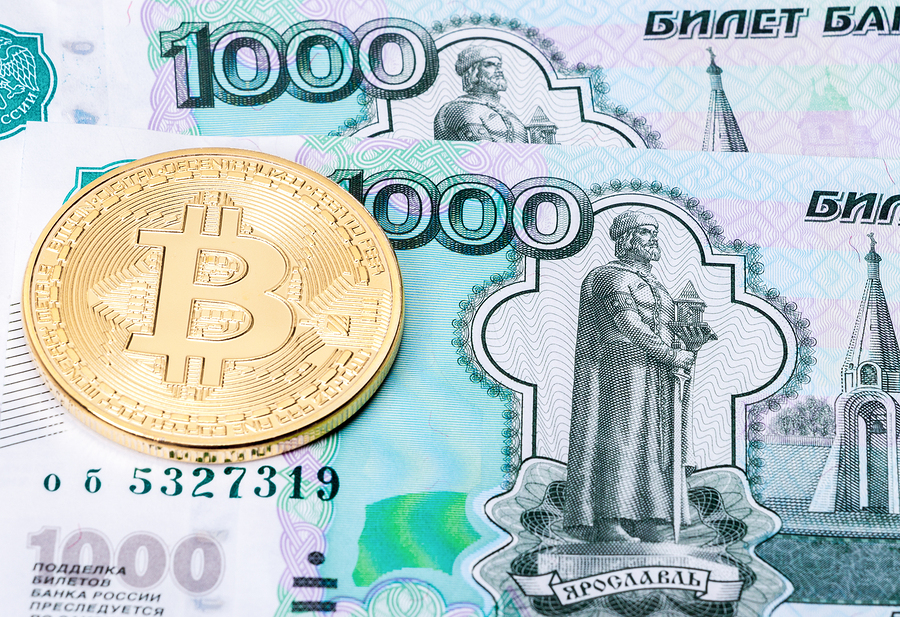 While, officially, Bitcoin continues to be illegal in Russia, President Vladimir Putin embraced blockchain technology in 2017 after a famous meeting with Ethereum designer Vitalik Buterin. Last summer we heard rumors of a Crypto-Ruble but no details. Today we have some more details but there are still a ton of questions to be answered.

According to this post at Coin Telegraph, the Russian Association of Cryptocurrency and Blockchain (RACIB) announced that the crypto-ruble will be introduced by the middle of 2019.

The problem remains that Russia’s establishment, including Putin himself, continues to be very conservative, if not downright hostile, in their approach to cryptocurrencies. The draft legislation on cryptocurrencies that was finally proposed by the Ministry of Finance earlier last month was awful.

In short, it was as negative towards cryptocurrencies as it could have been. After that, Putin’s top economic advisor, Sergei Glazyev, weighed in publicly saying that cryptocurrencies would give Russia a tool to get around U.S. economic sanctions.

Glazyev is a staunch Russian nationalist and understands completely the dynamics of the situation. He stands in stark opposition to many of the Bank of Russia’s policies vis-à-vis ruble. He feels, rightly, in my opinion, that central bank to beholden to the International Monetary Fund’s idea of fixing a currency imbalance.

He replaced Putin’s long-time friend and advisor Alexei Kudrin in late 2016 after Kudrin continued to advise Putin to slow down much-needed monetary reforms. If anyone can influence Putin on the value of embracing cryptocurrencies as a long-term political tool it is Glazyev.

So, now, after the proposed legislation, likely written to minimize Western sanctions, if not heavily influenced by outside forces, Putin himself weighed in on blockchain’s future. He’s not a strong believer in cryptocurrencies at this point. But, sees the importance of the blockchain.

At his heart, Putin is a nationalist and his focus now for his fifth term as President is to minimize corruption in Russia and he sees the blockchain, and especially Ethereum, as a tool to achieve this.

He sees the value in smart-contract platforms to modernize Russia’s bureaucracy and cut out the petty bribery and corruption that impedes the flow of capital inside Russia. But, he has yet to be convinced on the value of independent cryptocurrencies circulating next to the ruble.

Per Putin’s recent speech on the subject:

“It is known that there is nothing behind the cryptocurrency, and it cannot be a store of value, it doesn’t have any material value, and it’s not backed by anything…”

But, a crypto-ruble which trades alongside the ‘physical’ ruble has merit because it can circumvent the international payment systems controlled by the United States, most importantly SWIFT.

And while this is all to the good for the Russian state it isn’t the best arrangement for the greater central Asian economy that Putin is working so hard to improve through institutions like the Eurasian Economic Union (EAEU).

Moreover, he is likely still very worried about devolving power over the money supply into the hands of the people versus the central bank. So, while the Bank of Russia has its problems it is still a major tool used by the state, in Putin’s view, to regulate the economy.

The problem with only half-embracing cryptocurrencies, however, is that it doesn’t alleviate the Bank of Russia from the responsibility of managing the external exchange rate of the Ruble. If Russia allowed Bitcoin and other cryptocurrencies to circulate freely through its banking system, it would make the Bank of Russia’s job easier to resist the effects of hostile foreign central banks.

Translation: It would be easier to fight U.S. sanctions and changes in Federal Reserve monetary policy.

Bitcoin was created so individuals could conduct business in a currency whose supply was not regulated by people but by software. Putin has steered Russia to be the point-man leading the charge in opposition to the U.S.-led unipolar world.

So, cryptocurrencies are the best tool for that job. The crypto-ruble can act as the perfect go-between if designed well.

On the other hand, Putin is very much a hard-asset guy. He’s a gold bug. And good on him for being so. He has placed Russia’s future on very solid ground by rapidly expanding her gold reserves. His refusal to see the parallels between Bitcoin and gold are curious at this point.

I’ve been studying Putin for years. This is not a case of him being thick. He’s not willfully obtuse. More often than not, he’s blunt.

I have to believe he gets the value of cryptocurrencies, but isn’t willing to publicly embrace them until after there is a structure in place to complement the existing currency regime.

But if the announcement by RACIB is true and the full details on the crypto-ruble will be announced this summer for deployment in 2019, then a lot can change between now and then.

Putin was likely the one who put the idea into Venezuelan President Maduro’s head about creating the El Petro, a national cryptocurrency backed by the country’s oil reserves. While I have my misgivings about how that will be implemented, it will stand as a test run for one country to get around U.S. sanctions.

There are a lot of political minefields still in Putin’s path to fully reforming Russia. Most of them involve the Russian banking sector.

But, he has help. Herman Gref, the CEO of Sberbank, the largest bank in Russia, is an enthusiastic supporter of Bitcoin. Gref gets it. He understands that it’s a technology in its infancy but with the power to change everything. Putin is worried about funding terrorism and human trafficking and weighing those things while funding research into cryptography and blockchain through various state agencies.

Last summer Vneshecombank and the Ethereum Foundation announced a blockchain and cryptography research and development center at a conference titled: Ethereum: The New Oil of Russia.

There is a workable middle ground where the crypto-ruble will likely exist.