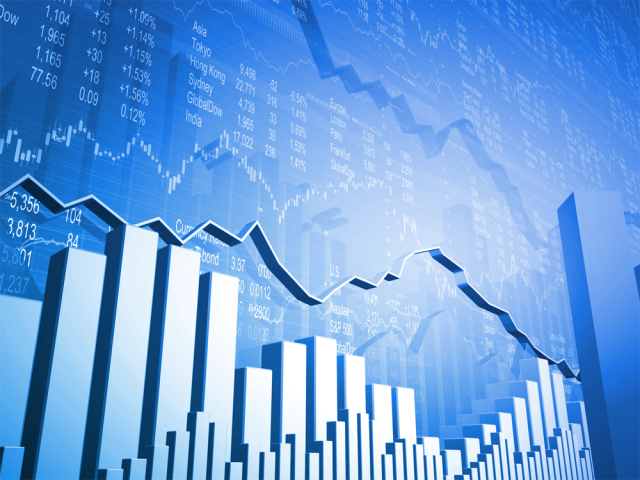 Bitcoin’s price seems to be struggling to get above $750, there seems to be quite a bit of selling pressure pushing the price further below $750. In Spite of what seemed like a breakthrough early in the morning of Sunday, the $800 targets seemed more unlikely as more markets came into play.

●    Bearish response and prolonged sideways trading to all breakthroughs above $750.
●    Hard selling pressure at the weekend’s closing.
●    A correction might lead the markets trading at prices significantly lower than $750 post-weekend. 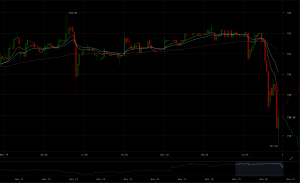 As one can see in the Bitfinex USD/BTC chart above, the bullish climb above $750 was met with some near instant hard selling and quite a bit of sideways trading. As more time goes by, selling pressure shows what it’s capable of, as buy walls keep being outweighed by large sell orders. 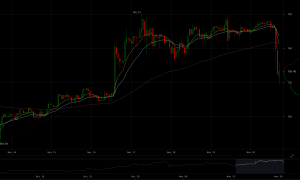 What’s worth noting though, is that support for such prices is relatively weak, so it wouldn’t be surprising if some traders were counting on levels prior to the November 16 rally, visible in the OKcoin BTC/USD chart above.

The likelihood of a recovery when there’s little apparent support?

We’re used to surprises from bitcoin markets but as far as profit-taking goes, selling pressure is unlikely to let the price break through the $800 in the short term, as demonstrated throughout the weekend.

At the time of writing, some immersive sell orders were filled but the markets response was to help the price rebound to $730 after the aforementioned orders caused a fall from $750. So it’d be safe to predict that there seems to be some support at $730 and a correction below $700 seems unlikely beyond this point, after so many days of trading above such levels.

In summary, BTC/USD had a hard time reaching above $750, and was met with immersive selling pressure yet there seems to be enough resistance for trading to continue around  $730 as Sunday goes by; even though small bearish runs aren’t too unlikely to follow amidst such market sentiment.