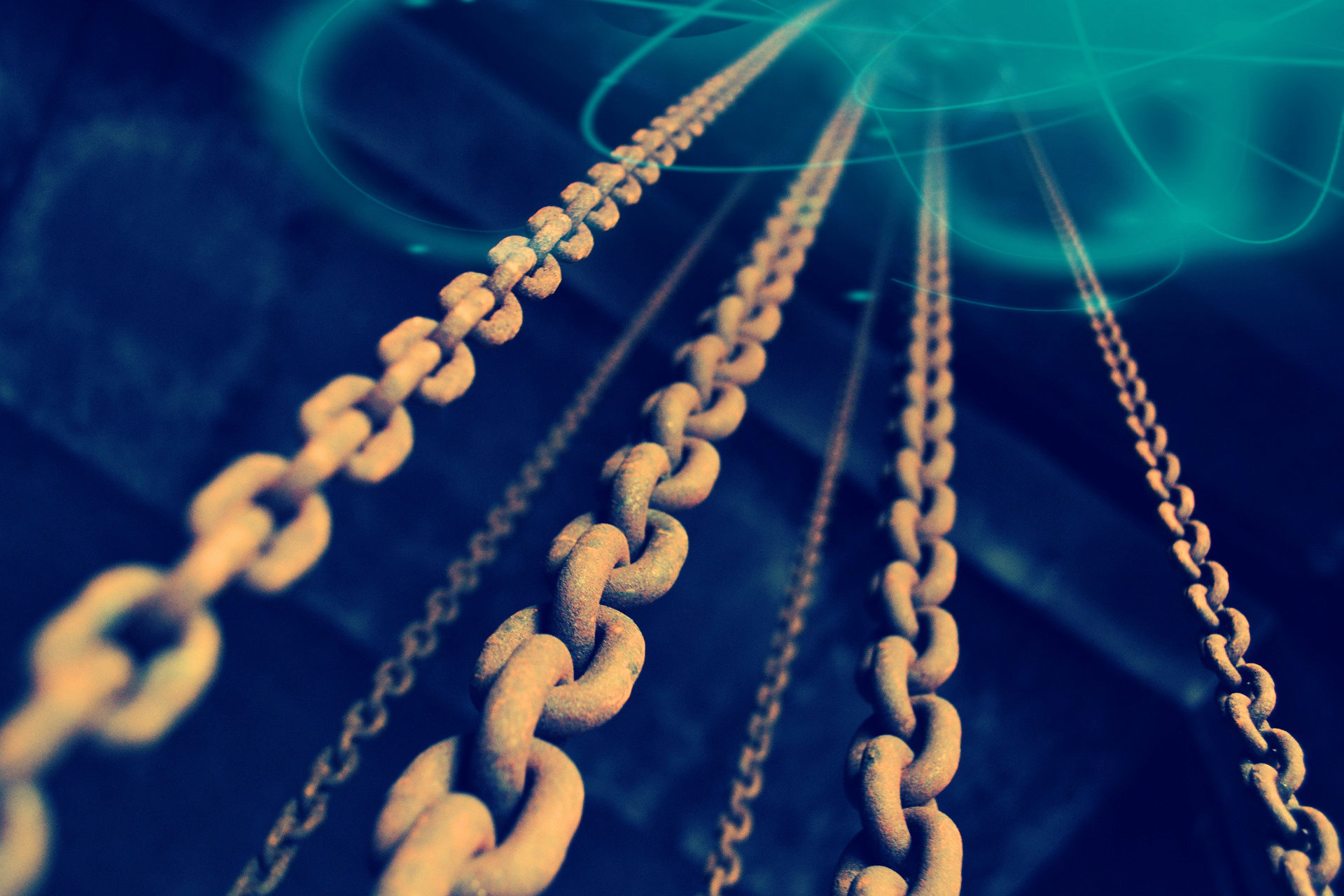 One of the proposed features of Bitcoin described as sidechains will most likely make significant progress in the short-term. The concept of sidechains (linked to the Blockstream start-up) is to make it easier to provide Bitcoin with new features. This is quite complicated because of the digital currency’s unique design. Blockstream is the foremost provider of blockchain platforms in cryptography as well as distributed systems. It is capable of addressing issues affecting financial systems. These include fraud, security, counterfeiting, confidentiality, transparency, and accountability.

These “chains” will enable users to move the Bitcoin crypto-currencies between various blockchains with different sets of rules. For example, new techniques to safeguard privacy of transactions (smart contracts like Ethereum) may be added to the blockchain without making any changes.

According to a Bitcoin security expert (Sergio Demian Lerner), sidechains are capable of dealing with difficulties confronting developers in expanding the capabilities of this crypto-currency. His team is also working on schemes to put these extensions in the official code base of Bitcoin. He revealed a proposal for this code which can add to the functionality of Bitcoin. In the turning over between sidechains, bitcoins are transmitted from one blockchain to the other. Yet, the truth is bitcoins that come from one chain are locked on the major blockchain while being unlocked simultaneously on the chain where these are being transferred.

Lerner’s adaptation of drive chain depends on miners to become programs or so-called “algorithmic proxy or substitute keepers” that teach miners to become aware of other side chains connected to the network. Bitcoin miners scrutinize the side chain’s status. They carry out a coordination protocol after receiving commands from the side chain to ensure they agree on the command’s legitimacy. His proposal presents a new Bitcoin script known as OP_COUNT_ACKS. This puts into action the drive chain functionality in approximately 600 lines of codes. He also said Segregated Witness can help since it offers a new method for trouble-free soft forking. Bitcoin Improvement Proposals (BIP) adopted this system to insert a new operation code minus restrictions of the previous system.

BLOQ Economist and Bitcoin Hive Mind architect Paul Storc, who created the Truth Coin concept and prediction markets, continues to work on similar codes. Paul Storc and Sergio Demian Lerner are collaborating on this effort. Nonetheless, each one believes his project is better and opts to work independently. Paul Storc disapproves of Lerner’s execution since the latter uses Rootstock software which highlights smart contracts of Ethereum.

Sidechains can help but these have to be added to the functions of Bitcoin. It must pass this obstacle just like other optimizations or additions which include Segregated Witness. One Block Stream core technology engineer, Russell O’ Connor pointed out possible issues in the operation code of Mr. Lerner. This boils down to the code depending on data values particular to the block where the transaction is added. Other operation codes were added recently to the Bitcoin Core.

Another Bitcoin contributor, Peter Todd did not talk about this operation code of drive chain due to the previous Bitcoin-related patents. Mr Todd stated he will decline the offer until this is corrected. Mr. Lerner claims he will not apply for the patent of drive chain. Mr. Storc claims he does not have any intention regarding patent issues.

The fact is there is a lot of disbelief about the sidechain project especially when it comes to security. One of the criticisms referred to the viability of the chains. The primary discussion has something to do with consequences of empowering data miners and the long-term effects of this move. To be more specific, what can happen if the Bitcoin side chain becomes very popular and miners of Bitcoin and side chains have to operate high-end desktop computers?

Elements of Side Chains

The scattered mining network of Bitcoin executes quadrillions (1,000 brought up to the power of five) of computations for one second. This maintains the integrity of Blockchain. Side Chains facilitate the advantages of enjoying two different opportunities related to Bitcoin so the value may be transmitted between them. This can be secured automatically fixed by miners of this digital currency through combined mining.

Side chains’ visions encompass a massive global decentralized network consisting of numerous blockchains. This is a knotted cable instead of one strand. Each one has separate protocols, features and policies supported by Bitcoin and protected by the crypto-currency’s mining network. Side chains are utilized to create prototype changes for the basic Bitcoin chain. These elements are an assortment of blockchain attributes that extend beyond the usual attributes of blockchain.

The Lightning Network is a highly expected innovation in technology deployed in conjunction with Bitcoin technology. It refers to a decentralized configuration that uses the functions of smart contracts in the Blockchain to facilitate quick payments across multiple users. These are large volume of micropayments that eliminate risks of passing on supervision or safekeeping of funds to third-party providers.

Micropayment is a monetary deal or transaction performed online and involves small amount of money. The Lightning Network is among the initial implementations of mutual smart contracts (money that can be programmed) using the fixed scripting of Bitcoin. It is the major technological expansion in shared financial calculations with Bitcoin.

How does this work?

Funds are put in a common and multi-signature Bitcoin address. Said channel is characterized as a means of entry on the Bitcoin ledger. Parties involved must concur on the new balance before spending money from that particular conduit. The balance is stored as the latest transaction after it is signed by the two parties. They sign a spending transaction exit that nullifies all other settlements.

Lightning Network does not need collaboration from the counter-party to leave the channel. Both of them can shut down the channel independently and terminate their relationship. Any party can pay another across said network because all of them have several multi-signature gateways. There is no need for any of the parties to maintain private ownership of funds. Payments are carried out if the party concerned is privy to the confidential cryptographic hash.

Traditional trusted financial schemes are in a weak position when it comes to monopolies. This does not happen to the Lightning Network. Participation is open to all with no complications like ownership and custodial trust. However, the network is reliant on the Blockchain’s fundamental technology. The advantage is it is capable of creating a protected network of participants who can transact business at great speed and large volumes.

Scalability is not a predicament but the network should support massive orders to meet demands from computerized payments. Devices connected to the Web require a platform for automated micropayment as well as machine to machine settlements. With Lightning Network, transactions are made to the Blockchain without allocation of possession and trust. This permits users to engage in practically infinite transactions between multiple devices.

Payments are instantaneous. Bitcoin accumulates transactions into blocks with intervals of 10 minutes each. Settlements are safe after verification of six blocks which will take for approximately one hour. Lightning Network may be utilized at point of sale terminals or with device to device purchases.

It is possible to discover a pathway across the Lightning Network. This is like steering packets on the Net. Nodes along the course are not trusted since the settlement is implemented through a code that ensures properties of database operations.

The Blockchain acts as arbiter or intermediary making it workable to perform transactions without any restrictions. The trade can be accomplished “off-chain” but it can be imposed online. The process is similar to the enforcement of legal contracts without having to go to court each time one contract is completed. Smart contracts are put into effect on the Blockchain platform.

All in all, the prospects of implementing the Side Chain proposals are viable. As a result, industry stakeholders especially consumers and merchants can look forward to positive results.