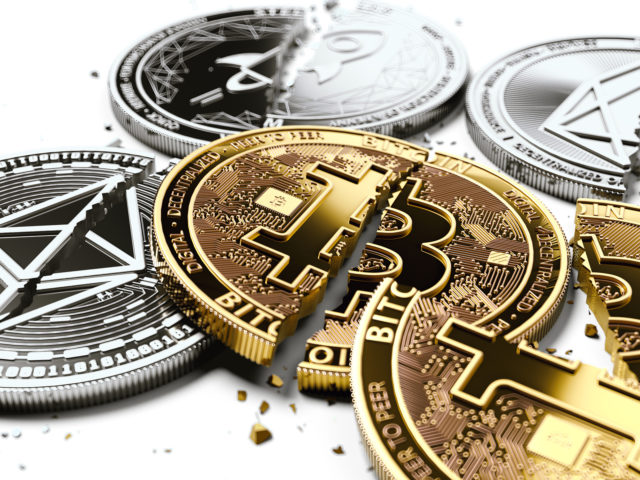 The Bitcoin price recovery that began in April has flatlined, with the price remaining around USD $10,000 for most of this month. Although Bitcoin remains firmly in the top position in terms of market value, its status as the flagship cryptocurrency continues to face challenges. The current state of affairs within the blockchain space reflects significant growth and development, making it very difficult to determine the true value of any significant platform. In this context, Bitcoin is facing ever more competition from well-designed altcoins.

Bitcoin maximalists have had reason to celebrate during the recovery period. In addition to more than doubling in fiat value, Bitcoin has seen its market dominance increased from fifty percent at the start of April to around sixty-five percent in mid-July. This figure is particularly important, as it is the single most significant metric in determining whether or not Bitcoin is successfully fending off rival platforms for overall investment and adoption. Ethereum, the second most valuable platform, sits at under nine percent and is thus nowhere close to entering first place any time soon.

Nevertheless, this figure can be deceptive as the collective value of the platform does not reflect other important variables such as liquidity, trade volume, and price movement. A lesser valued altcoin could have significantly more investor interest, which is worth considering when examining overall value. Additionally, Bitcoin’s market dominance has begun to move down again over the past few days. Given how active the altcoin space has become, it seems unlikely that it will ever move much higher than it is now.

Institutional adoption is one key area where Bitcoin’s hegemony is clearly under threat. For example, Vechain’s recent partnership with Walmart and Ripple’s partnership with MoneyGram are substantial moves that could dramatically increase the use of these platforms. Many such deals are presently taking place across the altcoin space, which is all but certain to eventually cut into Bitcoin’s relevance as a blockchain asset.

It is worth noting that Bitcoin is seeing an uptick in adoption. More specifically, businesses are increasingly accepting it as payment, and development continues to move ahead on the Lightning Network. Also, fees have remained stable, averaging about USD $2, for the past several weeks.

The most important takeaway from the current data on blockchain use is that Bitcoin remains far and away the most important cryptocurrency, yet the blockchain space is continuing to diversify. Many altcoin platforms are gaining strength, even if such progress is not presently reflected by their market caps. Although Bitcoin will no doubt remain the most important, and valuable platform in the near term, its ability to permanently remain in that position is far from guaranteed.