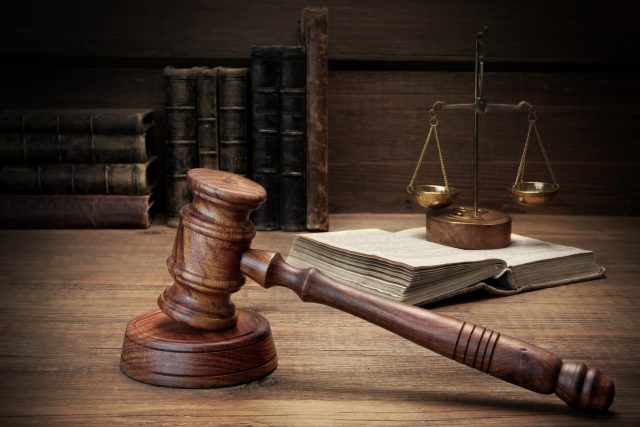 The former cryptocurrency lending platform BitConnect has been hit with a series of class action lawsuits by users who claim to have had their money stolen by the disgraced company. Litigation began at the end of last month, after a group of six BitConnect investors filed a suit with a U.S. district court in West Palm Beach, Florida. The group is alleging that the BitConnect exchange platform was a “wide-reaching Ponzi scheme”, and is claiming to have lost $771,000 by using the exchange.

The lawsuit  contains lyrics from “Welcome to Wonderland” from the Broadway musical “Wonderland” and states: “Sure enough the crypto-Wonderland created by BitConnect was too good to be real”.  The  Businesses’ closure in January 2018 revealed a Ponzi scheme, numerous securities laws violations, and thousands of investors who lost [more than] 90 percent of their holdings.

The plaintiffs in the action lawsuit are claiming to have lost from $11,500 to $200,000, with the total amount lost equating to $771,000.  The filing seeks damages for all “class members,” who are defined as being any BitConnect investor and the group are asking to sue on behalf of investors nationwide.

The lawsuit was filed by David Silver, of the Florida law firm Silver Miller and aims to help the group “seek compensatory and equitable relief rescinding their investments in BitConnect and restore them the assets and funds they were fraudulently induced into investing.” BitConnect stands accused of violating state and federal securities laws and engaging in deceptive trade practices.

The BitConnect lending program involved users exchanging their Bitcoin for the site’s native digital currency BitConnect Coin (BCC). The BCC coins would generally be lent out, and investors would collect any interest accrued from their loans. However, it has emerged that the high interest rates promised by the lending site were too good to be true. The class action complaint filed at the federal court in West Palm Beach alleges that, “things at BitConnect weren’t what they seemed to be.” According to the plaintiffs, the individuals behind the site promised a 1% compounding daily interest, and monthly returns of 40%, regardless of the market performance.

Interestingly, in addition to suing BitConnect, the lawsuit also names a group of prominent marketers and social media personalities who promoted the lending program and may have benefited financially  by coercing others into signing up to the program. Glenn Arcaro, Trevon Brown, Craig Grant, Ryan Hildreth, and CryptoNick have all been specifically named in the lawsuit.

The second lawsuit filed in connection with the failed cryptocurrency investment scheme, was filed on behalf of Brian Page, a resident of Kentucky, and names BitConnect International, BitConnect LTD, BitConnect Trading LTD and Ryan Maasen as defendants.

In the suit which was submitted at the end of last month, Page accuses BitConnect of operating a Ponzi scheme, and is seeking to recoup losses incurred when the price of the BCC token decreased dramatically.  Prior to the news in January that the exchange was shutting down its lending and exchange platform, BCC traded at a price of approximately $300, which fell below $7 soon after the announcement.

The suit filed on behalf of Mr Page cites: BitConnect’s claims that it would provide a monthly return of 40% and a 3,000% return over the course of a year. The filing also cites an issue with the disclosure made by BitConnect, that investors may not see a return on their deposits, stating:

“Not listed is that disclosure was a risk BitConnect could unilaterally shut down its lending platform, convert all of people’s investments into BCC, tank the market for BCC by eliminating any future value of BCC, and close up shop.”

In addition, the suit also claims that Ryan Maasen acted as an unregistered agent for BitConnect, and profited by misleading investors with regards to any potential returns they could earn.

Another lawsuit has been filed against BitConnect in Florida, which makes it the third such legal action to be initiated in the state and the fifth overall in the U.S.

A group made up of a number of Florida residents filed the lawsuit in the U.S. District Court of the Middle District of Florida on Feb. 7, while further suits have been filed in Kentucky and Minnesota.

Similar to the previous lawsuits, various entities connected to BitConnect are named as defendants, with BitConnect director Glenn Arcaro and promoter Ryan Maasen are among those listed. The plaintiffs are seeking a jury trial, and are hoping to receive damages that would repay investors, and help cover the costs of the trial, if successful.

The suit alleges that BitConnect committed fraud by wildly exaggerating the possible returns that users of the site would see. In addition, the plaintiffs also allege that the defendants violated trade and securities laws in Florida, and sold unregistered securities in the state.

The Beginning of The End

The team behind BitConnect has been difficult to track down as the official company site did not list any contact details or provide any information about the team. In fact, detailed information on the project was difficult to come by as the firm didn’t even issue a white paper.

Despite this, the lending platform was still able to attract a significant amount of funds and began to warrant the attention of regulators in a number of different locations. At the end of last year, the United Kingdom’s Registrar of Companies announced that Companies House sent a warning threatening to shut down the operation.

The authorities in North Carolina and Texas have also moved in to halt the site’s activities and have issued cease-and-desist letters warning the company that it isn’t authorized to sell securities in their states. Last month, the Secretary of State for North Carolina issued a temporary cease and desist order against BitConnect, while the Texas State Securities Board (TSSB) ordered the firm to cancel its token sale scheduled to take place on January 10. BitConnect was preparing to offer tokens with 100% annual returns, which led the TSSB to qualify them as unregistered securities.

After finally being tracked down by the authorities and having its assets frozen as a result of the lawsuit filed by Brian Paige, BitConnect terminated its lending business, and announced that it would cease operation of its lending and exchange programs. The announcement also blamed the regulators and “continuous bad press,” for the decision.

As a result, the value of the BCC token began to plummet and has fallen from its valuation of $2.6 B on January. 6, to its current market cap of approximately $30m. The sudden loss in value has resulted in a wave of complaints being levied against the company, with the vast majority accusing the now defunct exchange of being a fraudulent service.