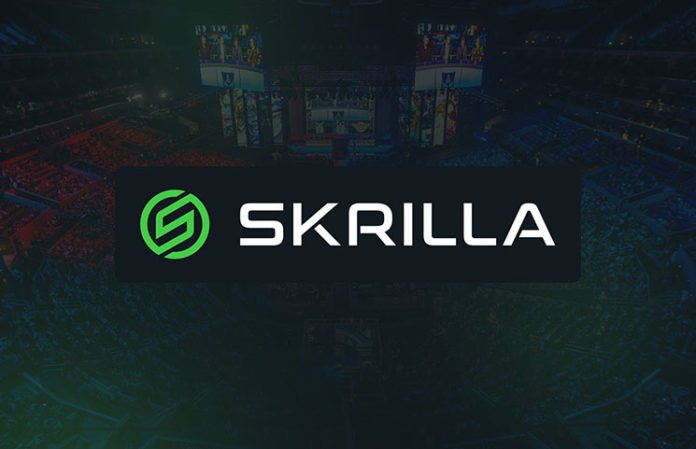 A wise man once said that if you do not improvise, you will soon be competing with a blockchain version of your business, which is seeming to be true with changing times. Blockchain is now entering different sectors, and the gaming sector isn’t far away.

Blockchain is an idea that is sure to change the world in coming years. With the rise in businesses adapting blockchain to enhance their operations, to accepting and trading in cryptocurrency, the prices of cryptocurrency have risen like crazy! From below a dollar, Bitcoin recently (as of now November 2017) touched as high as $7000 per coin, which is exasperating and exciting, especially for the initial investors who believed in the potential and power of blockchain technology.

eSports are a rage in the market now, and with enabling blockchain technology, eSports have become more lucrative for investors and players across the globe, both as a better option to invest, as well as a secure platform to play and win!

Skrilla (an Australia based company, which is a collaboration between GAMURS and Puntaa Group – two of the leading Australian tech-firms) is one such example of a ground-breaking eSports company who have decided to venture into blockchain and are opening ICO (initial coin offering) for public soon. ICOs are just like IPOs, but better. Better in a manner that in ICOs you get tokens of a company, tokens that you can purchase using cryptocurrency.

Skrilla, as a company has shown a rapid growth and holds potential for even a stronger market-hold in coming future. In 2016, Skrilla registered 40% year-on growth and in 2017, it has been rising, and with the announcement of Skrilla’s token sales that’s going to commence in November this year, the numbers will soar even higher. By 2020, predictions are that the annual turnover will rise to $23 billion.

For those who don’t know ICOs, they are the initial coins that a company offers as a part of inviting investors and customers alike. You can buy these tokens using cryptocurrency, may it be Bitcoin or Ethereum. Skrilla is launching their own tokens in their upcoming token sale (called Skrilla tokens) where they will enable the users across the globe to invest in their tokens and participate in legal wagering to earn money!

The problem with many other companies and tokens is that they are not authorized, and they do not hold the technical specifications that a token must hold, to invite investors. ERC-20, on the other hand, is a protocol standard that a verified token should support, and Skrilla tokens are ERC-20 based tokens.

eSports is something which is sure to grow. With over 2.6 billion gamers globally, both fans and spectators are bound to grow in numbers. eSports ventures like Skrilla are not only expanding, but also planning to invite investors across the globe, by allowing them to become a part of their rebellious movement, and encouraging people to invest in their tokens.

WHY CRYPTOCURRENCY AND INVESTMENTS?

Investments in cryptocurrency will generate higher profits, not because of their rapid growth and ever-increasing prices, but because of the decentralization of the currency. Cryptocurrency requires no banks and are not controlled by any one government, that it will levy charges over it for transactions and currency conversions. It is like having only dollars across the globe to trade. Way lower charges of converting the currency and lower charges on transactions as compared to the ones that you make using your bank accounts. It is not only convenient and comfortable, but also easy to operate and manage.

Blockchain driven platforms are modifying gaming in a way that the money of the users is safer than it used to be. Gambling online is unreliable, especially with no means to cross-check or verify whether your money is being illegally driven out of the system or being transferred to someone else without your knowledge. But with something like blockchain, it is highly unlikely to tamper with your money without your knowledge.

Skrilla provides users a means to wager legally, and with blockchain enabled technology, more users are likely to delve into Skrilla than other gambling and wagering platforms.

WHAT DO ESPORTS OFFER?

eSports platforms offer different types of games, ranging from betting, gambling to fantasy based real-time games which can be played by one or multi-player. eSports is one of the most promising and holds a strong potential to clutch the entertainment industry with its huge reach and impressive market-cap and with many eSports companies starting up with their ICO sales and token-bids, the user will surely be confused on where to invest and what to do.

Skrilla whitepapers are something you must check-out before deciding to invest in any eSports venture. Whitepapers provide you an insight into the company, the team, and their potential. Performance of Skrilla is destined to be flabbergasting in the sense that two of the successful giants (GAMURS and Puntaa) have joined hands to make it a success.

As a part of their Initial Coin Offering scheme, Skrilla is soon going to release tokens into the market. The tokens of Skrilla will be available from 06th November, and early investors will get more benefits, as the company decided to offer limited (finite) tokens on the opening day, which are sure to rise with the company’s popularity. Investors can buy Skrilla tokens by paying in Ether (or Ethereum) and convert the tokens back to Ether whenever they want to.

The early owners of Skrilla tokens will see the benefits right in a couple of days. With pre-sale of tokens and upcoming rounds, the number of Skrilla tokens that the user can buy with same Ethereum coins will reduce, thereby benefitting the early investors, almost immediately.

CRYPTOCURRENCIES AND TOKENS – A SURE SHOT PROFIT GAME

Cryptocurrencies have enabled people and companies across the globe to trade without middle-men and even governments, hence, people see more benefits and better profits, and with cryptocurrencies and blockchain coming into almost every business, the value of the currencies and tokens is sure to see a hike. Those who invested in Bitcoin in the early 2010s are already reaping the benefits, but it is still not so late, as there are a lot of businesses and services which are yet to adapt blockchain technology.

So, what are you waiting for?