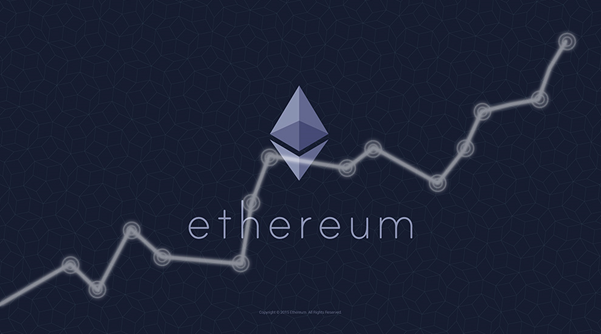 Cryptocurrency market has been in a dilemma since the inauguration of coins like Bitcoin and Ethereum, over which one to support, and which one is better than the other. While Bitcoin is purely a currency, constructed over block-chain, making it decentralized and reliable, more than governmental banking systems, while Ethereum isn’t just a coin or currency, but is much more than that.

Many people confuse Ethereum and Bitcoin to be similar, but just different in values, well they are similar, but so much different too. Where Bitcoin is a currency like your dollars or Yens, that you can use to trade and buy commodities in the digital world, but Ethereum is a platform. Ether is the currency which fuels the Ethereum platform, while Ethereum platform is a decentralized stage, powered by blockchain technology, that enables developers and tech entrepreneurs to develop their applications and benefit from the robust security features and powerful technology of blockchain.

There is so much to be explored in Ethereum, that right now, it can only be called the nascent stage of the technology. It is just like internet. Imagine being in 1990s, when internet was starting for public and was still not as popular as it is now. Those who have invested in internet at that time, are now reaping its benefits. Same is the case with blockchain and Ethereum, right at this moment.

Ethereum might be less in value than Bitcoin right now, but the stability and future of Ethereum is brighter because of it being an entire platform, and not just a coin or currency. There is so much that Ethereum is capable of, and by inviting many blue-chip corporations (like Microsoft and JP Morgan) and even governments into its ventures, Ethereum has proved that it is here to stay.

Ethereum was split into Ethereum and Ethereum Classic, after a hard-fork that happened due to the DAO hack, which was a complete fault of the app-developers, and not the Ethereum community, but still, Ethereum paid for it, by splitting its blockchain network with a hard-fork. They introduced some strict changes, which made the entire network even more secure and hack-proof, after the fork, and now Ethereum is only moving towards success.

What are the up-sides of Ethereum platform?

Ethereum has various benefits, as it provides a source to decentralized applications to run. Ethereum is immutable, which means any third-party cannot tamper with the data on the platform. It is corruption proof, as the applications that are built on the Ethereum network, are formed around the principle of consensus, hence they cannot be censored or expurgated. Moreover, the entire platform is secure with blockchain’s irrefutable security features, that employ cryptography, which makes applications immune from fraudulence. And the biggest benefit of an application on Ethereum platform is zero downtime. The apps can never go down, and neither can they be switched off, which is a revolutionary step in the future of technology.

While Bitcoin has been in news for a steep shuffle in its prices, Ethereum has been making a slow rise ever since. The applications that are developed on the Ethereum platform, can be funded by public, using ICOs (Initial Coin Offering), in which the companies can release their own tokens, which can be purchased using Ethereum-coin as the currency, thereby energizing the company. The ICOs released have to comply by certain set of protocols and standards, called ERC20 or ERC223.

A Statistical Comparison between Ethereum and Bitcoin

If we talk about stats and facts, Ethereum emerges as a clear winner in a lot of stages.

Bitcoin is on the rise because it received the beginner’s advantage in the crypto-world, but Ethereum is certainly more stout, vigorous and steady. Bitcoin has no platform on which developers can develop applications, while Ethereum provides so, which also makes it a diverse player in the market. Now, Ethereum has launched Mist and MetaMask browser extension which enables the developers, even from non-technical background, to develop and run their applications on blockchain.

The future of blockchain has endless possibilities, and so does the future of Ethereum. With such a diverse set of services, and power-packed backing from large organizations and even legal bodies, Ethereum is set to revolutionize the market of cryptocurrency in a way, nobody might have imagined. The price of Ethereum is also likely to soar higher in coming years, only because of the trust that it has established in the market. There lies an unparalleled pool of opportunities for Ethereum in the future, and this is just the beginning.

“While most crypto traders and investors are holding a large portion of Ethereum in their portfolio, we shouldn’t discount the major advances that have happened in bitcoin so far. In fact, both digital assets will likely hold a place in our future economy, bitcoin as a monetary system and ethereum as a platform for building the next version of the internet. If bitcoin is digital gold then ethereum should be considered digital crude oil, a powerful source of energy for the decentralized apps of the future.”