6 min readControl Your Identity in a Digital World 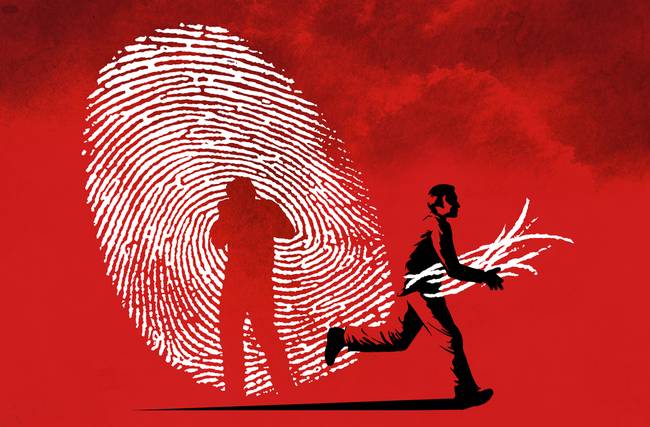 There are billions of dollars that are circulating in crypto-world every day.

Exchanges are vulnerable and prone to attacks that can cost the customers heavily. Hackers know that crypto-market is worth over $300 billion now, and it is also not 100% secure or safeguarded from all sides.

There are a lot of loopholes that exist, and while we might have moved on to cryptocurrency from traditional FIAT currency, our identity verification methods and credential systems are still old and traditional.

The price of cryptocurrencies, especially Bitcoin, has been in the news for a long time now. This year, was the golden year for the coin, as the price increased tenfold, which is unlikely for other investment options.

As a result, it pulled in a lot of new investors and fans who put their money to try their luck.

With such volatility and turbulence becoming common in the cryptocurrency market, how safe are your credentials and your online identity?

When you sign up to an exchange where you want to trade in cryptocurrencies or even store them as a future investment option, you have to provide all your details – right from your bank account number to your social security details.

When all these details are stored with exchanges that have a big threat of being hacked and your data being compromised, how secure is your data?

Right now, one of the most popular ways to verify details of a user is KYC (Know Your Customer). KYC is the only reliable means for companies and legitimate organizations to know that the user is valid and not a fraud. But even KYC has its own downsides and loopholes.

The first problem with KYC is that it is very time consuming and expensive. Companies have to spend a significant amount to get the KYC of users verified, and the fees are then reimbursed from the user when transaction charges are deducted from trades.

The second issue with KYC is that it is controlled or manipulated by a group of people, and is not directly under the user’s control. Because it is a centralized system, all of the data is stored in one place, increasing volatility and vulnerability.

Users cannot access their own data because of privacy concerns. But if the system is hacked, everything could be lost in minutes.

Equifax was a live example of a security breach. It affected millions of consumers as data was stolen from their centralized system. This proves that even the most high-end, sophisticated and rich organizations are not immune to cybersecurity attacks.

With complexity levels increasing in technology, FinTech markets are also coming up with a lot of innovative solutions which help in keeping the data secure. However, nothing is impermeable. Hackers always find a way to enter through a loophole.

The only thing that can secure, or at least prevent such attacks is a decentralized system.

Just like people lost their trust in banks in 2008 – which ultimately led to the invention of cryptocurrencies – there exists a dire need to have a decentralized identity verification system as well, whose entire control exists in the hands of the users, and nobody else.

Cryptocurrencies work on the same principle. They can be owned even anonymously without revealing your identity.

When it comes to securing your digital identity, a user has limited options online, as not much advancement has been done in this sector at this point.

In the future, we might see imminent companies and decentralized autonomous organization (DAO) launching platforms and apps to provide this level of security.

So far, a few names have emerged in the market who are working to solve this underlying problem of identity-control. One of them is VALID, which is developed by Procivis.

VALID is a non-profit initiative, and they do not charge any fees – a revolutionary step among the existing profit-minting platforms.

The objective of VALID is to give the users complete access to their data and provide them with security features, infused with cryptographically locked layers of protection.

The initial token sale of the company will commence in January 2018, and they will enter the market with full force in May 2018, and will be publicly available for people to use.

The benefit of VALID is that it is open source, self-sovereign and based on blockchain, which makes it trustworthy and secure to use.

Procivis, the parent company of VALID, is already working with the government to provide the citizens digital or e-identity on their home platform called ‘e-ID’. They are coming up with VALID as an integrated and robust solution for the public in general.

The benefits of having a self-sovereign platform are that users will no longer have to rely upon a central authority for the upkeep and storage of their identity online.

With this, VALID is moving a step ahead, by also enabling its users to ‘protect’ their personal data from their mobile phones. Users will also be able to choose who they want to share their data with, and to what extent.

User-friendly rights and restrictions that are implemented in the smart contracts laid down by VALID will take the process to the next level.

Some more key points to note in VALID are –

With such facilities at your disposal, the future of digital identity is bound to change…and the change is near.

Europe is already coming up with General Data Protection Regulation (GDPR) which will be enforced in May 2018, and it aims at providing users and customers a complete control over their digital identity.

The principles that the European government is bringing along and the changes they are proposing will be revolutionary for the world. Very soon, other governments may also follow the suit and implement such changes.

Apart from official bodies and governments recognizing the need to provide citizens a complete control of their identity online, many independent organizations might also emerge in future providing service under the same umbrella.

But for now, VALID remains at the forefront of these changes.

The world still has a lot to witness in terms of changing security measures and providing the right to privacy to the people.

This just might be the catalyst we have been waiting for.