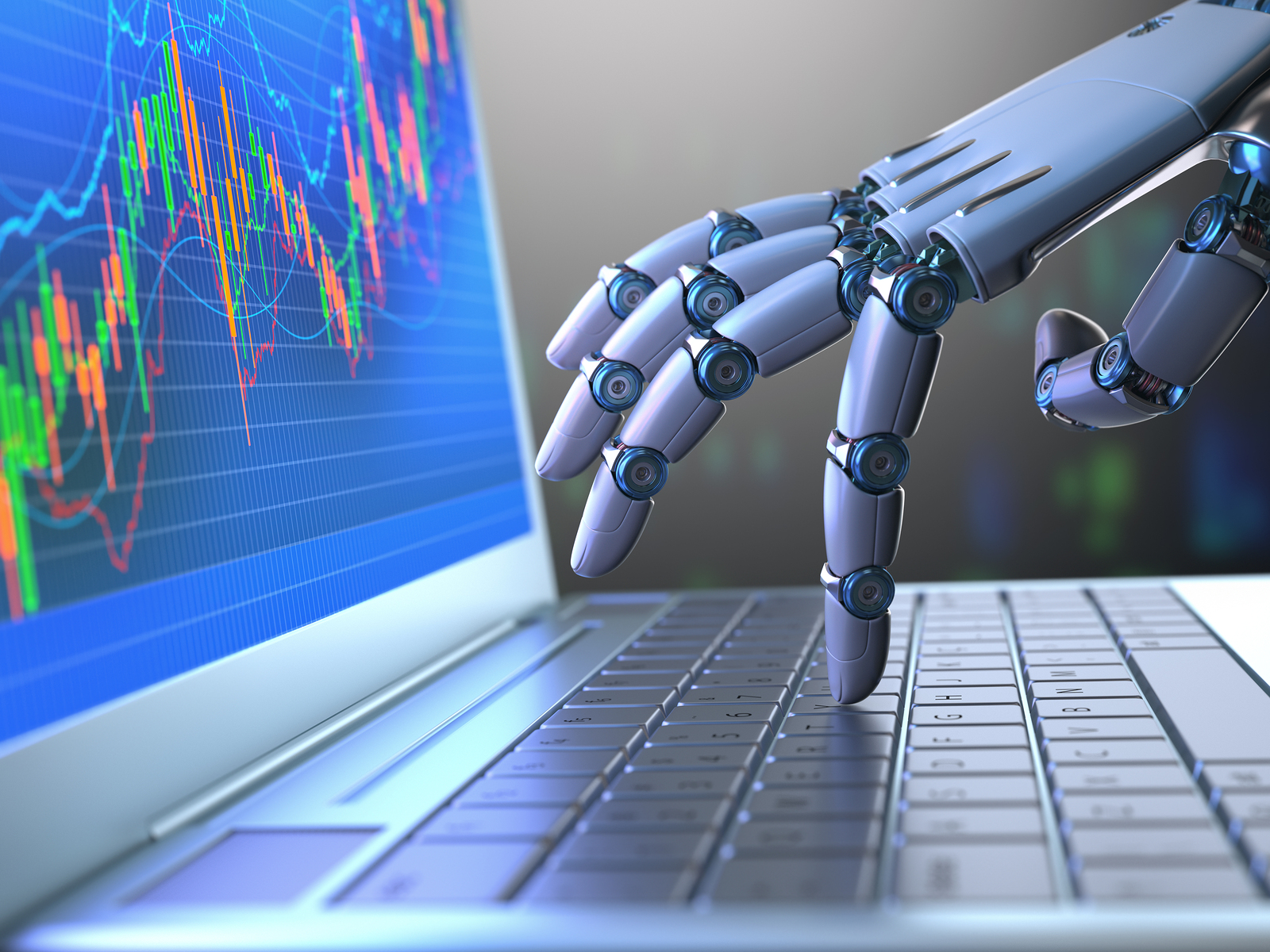 Digital currencies are highly volatile. Since the 2009 release of the open source Bitcoin protocol, the crypto market has birthed over 2525 cryptocurrencies. Powered by Satoshi’s blockchain technology, these digital assets now have an aggravated total market capitalization of approximately $172 billion at the time of writing. Programmatic trading utilizes computer algorithms to execute trades, eliminating the need for traditional manual processes. With algorithmic trading traders can make loads of high-speed trades on an intra-day basis.

How does it work?

The United States stock market initiated computerization in the 70s. The basics of programmatic trading were laid in the 80s, through “program trading.” This early program trading enabled traders to trigger trades once a desirable trading goal was reached. With time, algorithmic trading has matured with traders employing automated trading strategies via the Wall Street to mint millions. These same trading strategies are now engaged in the cryptocurrency space to give a competitive edge.

The functionality of programmatic trading has made a great stride in cryptocurrency markets. It has not only improved trading, but it has also played a crucial role in liquidity. With its robust creation of a set of rules, it fosters significant gains in efficiency of both money and time.

What fueled this fragmentation?

The power behind this explosive growth of crypto assets is perhaps the affordability of technology costs. The barriers of entry have become so low, while the frictions of creating a new cryptocurrency are quite minimal. The cream of the premier top ten cryptocurrencies takes up the lion share of this aggregate market value. It is estimated that cryptocurrencies might number into thousands in the possible future. Technological advancements and meteoric processes add to programmatic fragmentation.

The efficiencies experienced due to programmatic trading are numerous. The crypto assets’ trading market today offers just as many smart features as global financial markets do. The market has witnessed asset-backed tokens, regulated exchanges, crypto funds and over-the-counter brokers. Institutional investors play a key role with billions invested in cryptocurrency markets. Programmatic trading is fully automated and is the solution to many of the challenges often witnessed in the market.

The benefits of programmatic trading mostly revolve around time-saving and cutting costs. Thanks to the emergence of crypto trading bots, ardent traders can now build high-frequency strategies of trade that are personalized to suit them. Trading bots are software programs that execute trades on a trader`s behalf by communicating with exchanges.  They are designed to access exchange order books through an Application Programming Interface (API).

The advantages of using trading blocks are diverse. Of utmost importance is that they work around the clock availing more opportunities for trade whenever they arise. Unlike manual trading, they have the distinct value of being emotionless. This eliminates irrationality from trading. Additionally, trading bots are characterized by fast speeds thus reducing the chances of missed opportunities. They reduce fat finger mistake occurrences because there is no manual data entry. They also provide back-testing opportunities that assist in the validation of viable trade strategies

The crypto sphere’s dot com boom commensurately occurred in 2017. The asset then moved from a cypherpunk driven market to an emerging market. Increasingly, it is equivocally viewed as a substitute for local currencies by the general public. Major financial industry players have recently taken up positions in the market. Some once very skeptical big names like Goldman Sachs have established themselves as investors in the crypto sphere.

World governments such as those of Japan, South Korea and China have also injected a lot of excitement in the market with their presence. Unfortunately as was with the 1999-2002 dot com boom, several trading vices have once more reared their ugly heads. Market manipulation, fraud, lack of transparency and poor governance has put a spotlight on the reasons behind price appreciations.  The market has also become very fragmented with open wars between Bitcoin, Ethereum, Bitcoin Cash or Ripple believers. The internal conflicts amongst Bitcoin core developers, miners and investors have certainly not made trading easy.

Trading bitcoin in its infancy was no mean feat. There was a heavy reliance on peer-to-peer transactions with other bitcoin enthusiasts who were often strangers. The exchanges were insecure, but there were no options available.

The Peculiarities of Programmatic Crypto Trading

Consistency
There is a lack of consistency in trading sessions or 24/7 trading. There is also a lack of periodicity too that causes a lot of inconveniences to all parties involved. The emergence of high-tech trading bots and vices have however aided profusely.

Technical and security complexity
It is not uncommon to hear of an investor who has lost a treasure trove in bitcoins along with his hard drive. Besides that, trading terminals and some crypto exchanges are still in their growth stage.  Technological evolution and regulation in the industry has lessened the fears.

Price Movements
The more sizeable traders often result to price movement manipulations when they see it fit. The industry has been characterized by huge plunges that result from crypto whales. Algorithmic trading provides viable options.

Transparency
It is becoming harder and harder to decipher what, yet another new “disruptive” website has to offer. Does it offer a working product or not? These factors often expose many an investor to massive trading irregularities.  Blockchain technology has greatly assisted in addressing transparency. The open source platform enables all parties to be fully immersed and conscious of their involvement in the crypto sphere.

Conclusively, improving trading via technology is vital to this growing market. By employing the right mix of bots, vices, structures and systems, traders will have the ability to limit potential market risks and grow their market opportunities.