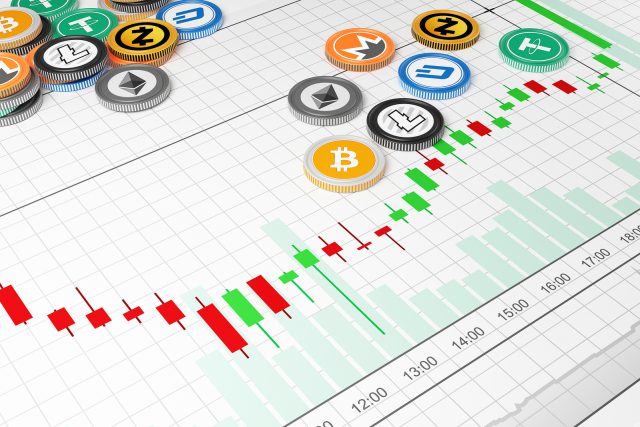 The announced cancellation of Segwit2x on November 9th has initiated a period of intense price volatility across the crypto space. Within hours of the announcement Bitcoin prices began to collapse, and a number of altcoins, notably Bitcoin Cash, saw substantial increases. Prices have continued to swing, although Bitcoin remains down substantially overall, and is experiencing a surge in transaction volume.

As planned, SegWit2x was the second part of the “New York Agreement” that would have created a hard fork of the blockchain with a 2mb increase in block size. Its cancellation is not surprising as a number of miners and developers withdrew support over the past few weeks. At issue has been scalability, and most experts agree that should Bitcoin’s layer 2 protocol, known as the Lightning Network, proceed as planned a block size increase is unnecessary in the near term.

Within hours of the announcement, Bitcoin Cash began to move up quickly, and continued to rise through November 12, briefly breaking $2,000. Most other altcoins moved ahead as well. Dash, for example, briefly moved above $350 and Ethereum broke $320. Most have since retreated, but remain well above their pre-cancellation prices. At one point Bitcoin had fallen to $5,400, but it has since risen to above $6,500.

Although the cancellation of SegWit2x does not significantly undermine Bitcoin’s viability, it clearly caused many investors to abandon it, if only temporarily. The factors that may have contributed to this divestment are worth examining. One obvious issue is the open discord among Bitcoin’s miners, developers, and investors. The cancellation is proof that even after years of debate, these players cannot agree on a unified vision for Bitcoin’s future. This division has led to two hard forks since August, as well as the sabotage of the New York Agreement. These actions undermine trust, which is an essential factor in the success of any cryptocurrency.

The trust issue is evident in the fact that the altcoins most similar to Bitcoin have experienced the greatest gains over the past few days. These are generally managed by unified development teams, and have clear plans for growth and scalability. In addition to Bitcoin Cash, these include Litecoin, Dash, Zcash, and Monero. Clearly some investors decided that these cryptos are a safer bet long term.

Another issue is mining profitability. Once the Bitcoin sell-off began, Bitcoin Cash became more profitable due to its lower difficulty. Miners quickly began to mine Bitcoin Cash instead, causing major shifts in the difficulty levels of both cryptos. In fact, Bitcoin Cash’s difficulty advanced so quickly that its team has changed the Difficulty Adjustment Algorithm (DAA) to minimize quick fluctuations. Many miners have since returned to Bitcoin as its price has recovered.

Other factors contributing to the volatility is the fear by some that Bitcoin is in a price bubble, and the belief that many altcoins are significantly undervalued. In traditional commodities markets, panic often sets in once a mass sell-off begins. The events of the past few days have demonstrated that crypto markets are no different. In this context, it is important to note that although Bitcoin’s market cap has declined, the market cap for cryptocurrency as a whole has actually increased. In other words, the public’s confidence in cryptocurrency is unshaken. There is merely greater speculation as to which cryptos are the best investments.

It is also worth noting that the current price fluctuations are the result of actions by speculators and miners, not weaknesses in the core technology behind cryptocurrency. Even in the midst of wild swings in valuation, overall development and adoption of blockchain technology continues unabated. Also, during the peak activity after the SegWit2x cancellation, networks processed transactions and self-adjusted to congestion as designed. In fact, tests such as these are arguably necessary, as they demonstrate the resiliency of blockchain-based assets.

One important takeaway from the past few days is that Bitcoin may be technically sound, but its future as the dominant cryptocurrency depends on its key players setting aside their differences and following a clear path toward mass adoption. It is also all but certain that more price fluctuations will occur, but overall investment and adoption will continue to increase. Recent events have thus proven cryptocurrency to be a strong and robust financial platform, capable of withstanding challenges and difficulties as it moves into the mainstream.