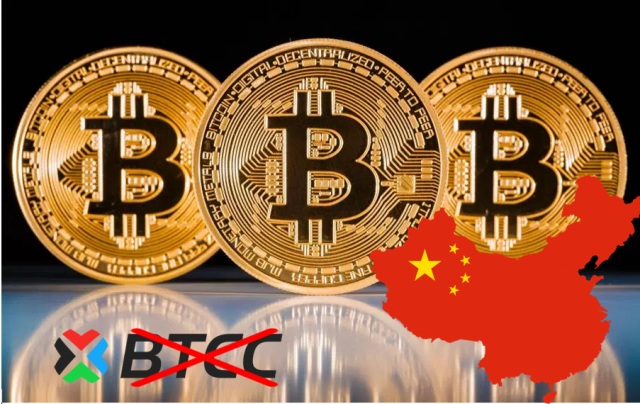 In the past few days, there has been increasing concern among cryptocurrency investors regarding the effect of Chinese authorities’ measures on restricting blockchain activity in the country, especially with regards to the tightening of restrictions on exchanges and ICOs. This has sent the price of Bitcoin and other cryptocurrencies crashing down. Here are some of the ramifications of the crackdown, as well as further details on what it means.

Details of the crackdown

The fall in prices has been caused by a number of developments around cryptocurrencies in China, which have fueled commentary from industry insiders and in turn increased uncertainty. The largest and most concrete announcement was from a leading Bitcoin exchange in China, BTCC, which will halt trading by the end of September. There has been strong speculation that other exchanges will be forced to suspend actions in a similar timeframe, and reports from Chinese regulators seem to confirm this.

It has been a difficult past couple of weeks for Bitcoin and other cryptocurrencies in China. The Chinese government banned new ICOs, striking a monumental blow to any companies engaged in blockchain or altcoin entrepreneurship. Shortly thereafter, rumours started about exchanges, with Chinese regulators warning that “unlicenced” financial operators in the crypto space could face severe legal penalites. While they said that Bitcoin itself was not banned, they have in effect severed most means of using it by forcing exchanges to stop trading.

These challenges were compounded by comments from Jamie Dimon, CEO of JP Morgan and one of the most influential industrialists in finance, labelling Bitcoin a “fraud” and saying he would instantly fire any employee he found trading in it. While many commentators ridiculed his statements, it came at a bad time for crypto as China then also proceeded to warn about possible closure of all exchanges a few days later.

According to local news outlets, Shanghai-based exchanges have been explicitly warned that they will have to close operations in the span of a few months. As a result, ViaBTC has announced that it will be winding up trading operations by the end of the month. China has “banned” Bitcoin before, with associated price crashes, so it is unclear if all exchanges will actually have to close by end of September, but since major operators have announced to halt trading it looks like they will follow through at least in the short-term.

China’s decision has led to a price crash in all major cryptocurrencies the likes of which has not been seen for months. What was called “the summer Bitcoin” has seen the currency reach new highs and has stoked mainstream interest from investors and customers about the future of crypto. After an astronomical rise in April and May (going from just over $1,000 to $2,800), BTC performed astoundingly well again in July and August, reaching a new high of over $4,600 at the end of summer.

However, since the recent challenges, the price has languished down to just below the symbolic $3,000 figure. In the past few days, things have picked up again, with the price recovering by over $800. This is a level of turbulence that has been characteristic of BTC prices in the past few months, with significant drops lasting a few days. Naturally, the price of the other major coins has suffered in tandem to BTC’s drops – every single one of the top 20 cryptocurrencies have seen a minimum 20% drop in the past week. For example, Ethereum dropped to just $195, nearly $200 lower than a recent high.

For ETH and other coins, it is not clear if, aside from the exchange ban, the development in China will pose a significant threat relative to the price of BTC, with some commentators suggesting that the decreased competition could actually drive investment to existing coins.

The restrictions and resulting price crashes (and the rises that have been seen in the past few hours) are hard to decipher. Some have claimed that the Chinese government is merely attempting to rein in the exuberance for crypto from fears that an unstable bubble could cause enormous economic damage in case of a sudden crash. An anonymous Chinese insider reportedly told the Wall Street Journal that “too much disorder was the basic reason” for the crackdown on cryptocurrencies. Another point that has been sensibly made by many is that while China obviously accounts for a large population, the financial markets and crypto enterprises will continue without them and do not need their approval. “One country’s ban will be another country’s opportunity, we saw this first hand when Japan took the Bitcoin market from China after PBoC last intervention”, said the CEO of BnkToTheFuture.com.

And regardless of whether or not other governments capitalize on China’s reluctance, there is the basic fact that BTC and others were designed specifically to be able to ignore governmental regulation, or as Bharath Rao (CEO of Leverj) put it: “Regulation is neither necessary nor possible for decentralized models, and the future may have gotten just a bit brighter by nudging the crypto community to develop high speed, non-custodial exchanges.” And given the fact that China has pulled this stunt before while also investing heavily in blockchain technology and crypto mining (which has more or less not been impeded by much regulation), this seems more like a symbolic measure than one with any real long-term consequences.