ICOs are the new rage in the blockchain community. The reason ICOs are proliferating is that they are a fabulous tool for crowdfunding a startup and garnering an immediate customer base for a platform. By selling tokens, investors are financially and functionally linked to the platform.

For startups, however, developing an ICO and obtaining the appropriate level of financial detail can be complex and overwhelming. While there are countless things to consider with government regulations, sales and marketing, and personnel decisions, the greatest concern will likely be the overwhelming financial hurdles that have to be put into place.

Financial instruments like multi-signature escrow wallets, detailed balance sheets, a projected distribution analysis, and substantial levels of financial clarity are all critical to maintaining investor confidence, and that confidence is the lynchpin for the success of your ICO.

The time is perfect for an industry insider who is very familiar with cryptocurrencies to step into the ICO world and create new and meaningful structures to simplify the financial aspect of ICOs. CryptoPay has created just such a system and is preparing to launch.

The new peer-to-peer network will allow ICOs to use CryptoPay’s platform to create smooth underwriting processes as well as book running. The platform promises to provide:

While current systems require extensive staff and financial management, such as underwriters, CFOs, controllers, and accountants, CryptoPay will allow you to use those resources to bring on other needed team members for your ICO. Through a decentralized peer to peer system, CryptoPay will manage all that information through a single source with their in-house platform.

Unlike other ICO platforms, however, CryptoPay is already a leading industry insider and has extensive technical and practical resources ready to deploy for its customers. CryptoPay has been in the cryptocurrency business almost from the start and has the know how and man power to make fundraising and financial management system.

Starting as far back as 2013, CryptoPay opened their Bitcoin wallet and exchange for the public. Prices were much lower then, but CryptoPay was already moving and growing with the Bitcoin community. Then in 2014, they opened their Bitcoin Debit Card, and in 2016 began offering a payment gateway to allow merchants to accept Bitcoin payments directly.

Ironically enough, the company that is developing the platform for ICOs is conducting an ICO itself. CryptoPay has decided to offer tokens in order to raise funds to complete the lengthly list of new features they have opted to roll out.

For starters, CryptoPay is planning to start a stock exchange for crypto wallet holders. Long story short, this would allow cryptocurrency holders to leverage those funds in order to participate in real financial markets. This allows for diversification and financial hedging, both items that are scarce in cryptocurrency investments.

Further, the company is planning to open new user bank accounts that will have user names, if they choose, as well as International Bank Account Numbers (IBANs for short), allowing them to make and receive payments from third parties, as well as disclose fund balances for credit purposes.

And finally, the company intends to create the peer-to-peer system used to make ICO finances a simple process.

The ICO will kick off with calls to partners September 25, followed by a presale, and finally a public sale starting October 2 and ending November 30. The entire ICO will include graduated levels of token bonus depending on the timing of the purchase. The partner calls will continue throughout the duration as a private presale.

As CryptoPay begins to create the new platform the ICO allows users who understand the potential scope of cryptocurrency markets to participate with them in their business. 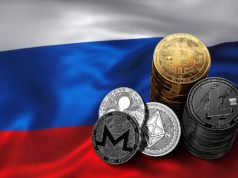 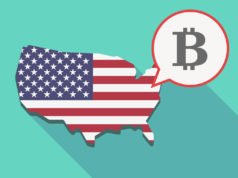 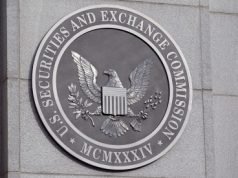 Venezuela’s Petroleum-Backed Crypto Due To Launch Within Days 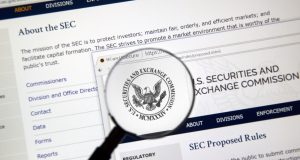 The SEC Clarifies its Position on Cryptocurrencies and ICOs

Kem -
0
The U.S. Securities and Exchange Commission (SEC) has moved to clarify its stance on both ICOs and the cryptocurrency market in general. Many in...