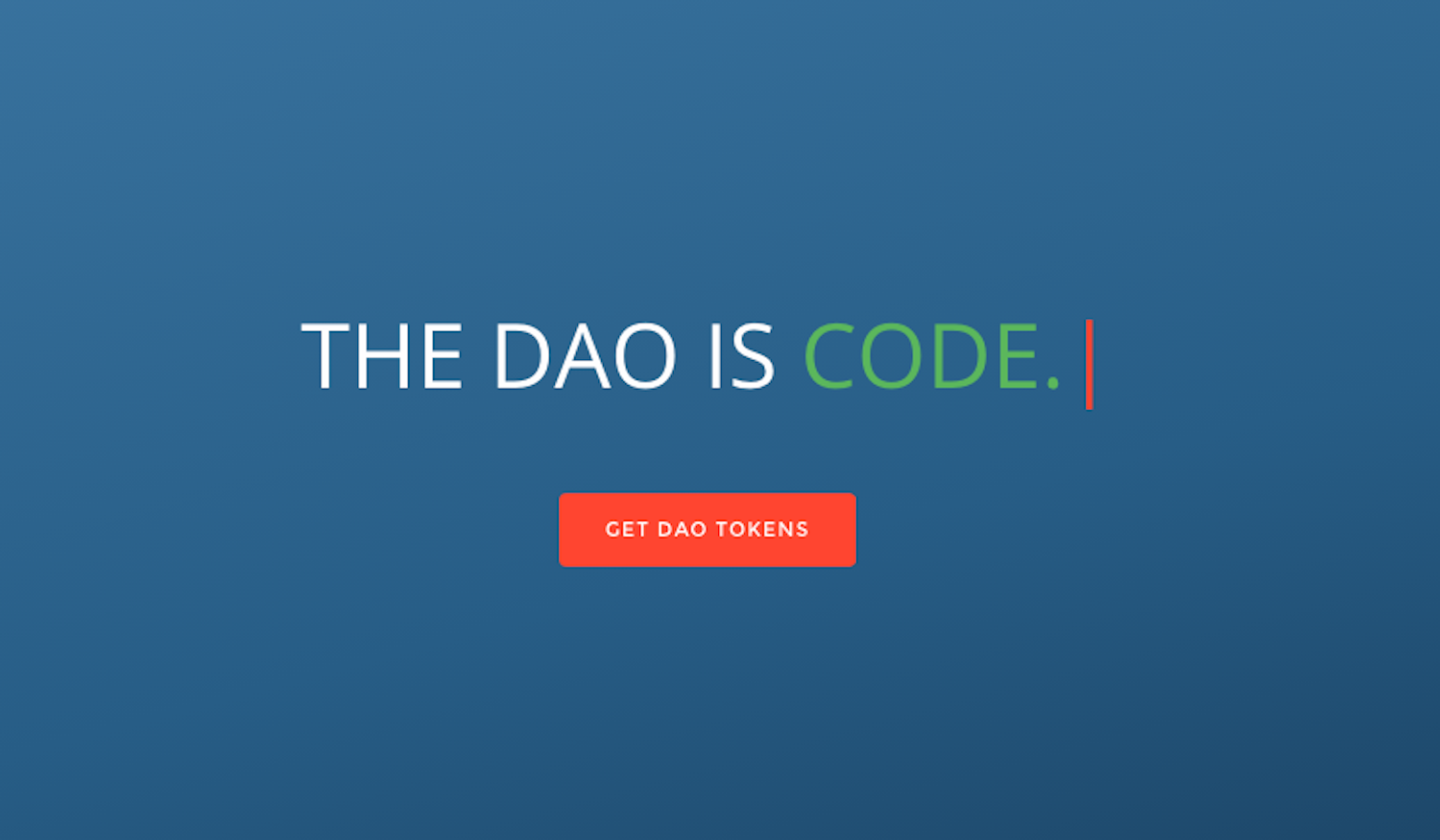 What is the DAO?

In April 2016, there was a launch of a new organizational structure known as a decentralized autonomous organization, also referred to as the DAO. This organization comprises of smart contracts that are incorporated into Ethereum blockchain and it has already raised more than 41 million dollars, making it one of the most successful crowdfunded projects in the world.

So, what is Decentralized Autonomous Organization?

This is a decentralized project that is shared. It is a digital ledger that monitors and records all the business transactions that take place on it. The most reputable digital currency is Bitcoin and is one of the most popular uses for blockchain technology.
However, there is a significant difference between Ethereum and Bitcoin. The main aim for the creation of Ethereum was to allow for self-executing smart contracts coded directly into the platform. Allowing trusted agreements as well as transactions to be done by anonymous, disparate individuals without the need of a legal system, a central authority, or an external enforcement system.

Arthur Stichcombe, an organizational theorist, once said that contracts are nothing more that organizations in miniature, and these organizations comprise of complexes of contracts. Firms are established via a number of contractual agreements, ranging from employee benefits and employment contracts, to deals with suppliers and vendors. In addition there are the obligations to consumers to create sales and purchases of equipment as well as creating leases.

Generally, these contractual agreements come at a very high cost because they have to be enforced externally through legal enforcement and a trusted legal system. Investigators, lawyers, and judges are all part of the system of contract enforcement. With a Smart Contract, a lot of these costs are greatly reduced or removed because immutable code provides the enforcement mechanism.

This gesture shows that block chain based organizations are not only cost effective, but also efficient, and also competitive against traditional organizations in the marketplace.

The DAO on the Ethereum platform

The current DAO is not the initial DAO created on Ethereum. The original DAO was powered by Digix, which was a blockchain based firm that was created for P2P gold receipts  and trading. However, it is the first attempt to design a decentralized autonomous organization that offers a lot more than being a mere asset system or a digital currency.

The DAO is meant to legalize ownership of a given organization, with full ownership distributed evenly to all the stakeholders. The organization itself is self-governing; outside forces such as corporate lobbies, government, or politicians cannot influence the organization.

Its software works in the cloud. This means it exists everywhere and anywhere at the same time, and thus defies jurisdiction. All its smart contracts are embedded into the platform’s blockchain. In addition, its identity can only be formed through consensus. Moreover, its authority can be defined via network effects and voluntary endorsements.
The current decentralized autonomous organization was created on the 30th of April and ran for 30 days. The 30 day period is known as the Creation Phase. During this period, everyone was allowed to buy the DAO token or purchase ownership stakes in the organization.

For the first two weeks, you could purchase 100 DAO tokens at 1 ETH. ETH is the abbreviation for Ether, which is the internal currency for the Ethereum platform.
1 ETH was worth 9.5 dollars at that time. After the period has ended, the cost of the DAO increased significantly, until it reached a point where 100 DAO tokens were worth 1.5 ETH.

Once the creation phase has ended, no new tokens were to be created, but one can still buy and sell on secondary exchanges. In other words, the creation of the tokens is just like an initial public offering- IPO, but without the involvement of investment banks, stock exchanges, or lawyers. DAO raised more than $168 million in this new online creation. That makes it the largest crowdfunded project ever.

Token holders of DAO have voting rights, one vote for each token. The shareholders are also entitled to a pro-rated share of the dividend income from the profits made by the organization.

The organization uses smart contracts leveraged on the blockchain so any person anywhere around the world can easily participate. in exchange of their help, these participants are given DAO tokens which come with so many benefits.

The organization comes up with its own proposals which it picks for their own innovative nature, to be presented by contractors. Some of the proposals have no returns at all. A good example is a proposal for charity. Other proposals may be designed for products or services for the organization, used for internal use.

The decentralized autonomous organization charges a small fee for using its platform. This income is then sent to the DAO in the form of ETH. The organization may choose to save this ETH or distribute the ETH to the token holders. The DAO is usually represented by a blockchain address that backs a number of proposals to make products and services. The token holders can the leverage the products or service or charge other users for using their products or services.

One of the projects that DAO has proposed is to fund the internet of things (IoT) with the platform Slock.It. The German organization aims at allowing people to borrow anything from a lender decentralized P2P fashion. Another start up is Mobotiq which aims to create smart electric cars that people can rent and influence the development of autonomous vehicles.

With millions at its disposal, the organization has  numerous and exciting proposals that token holders will love to invest in.