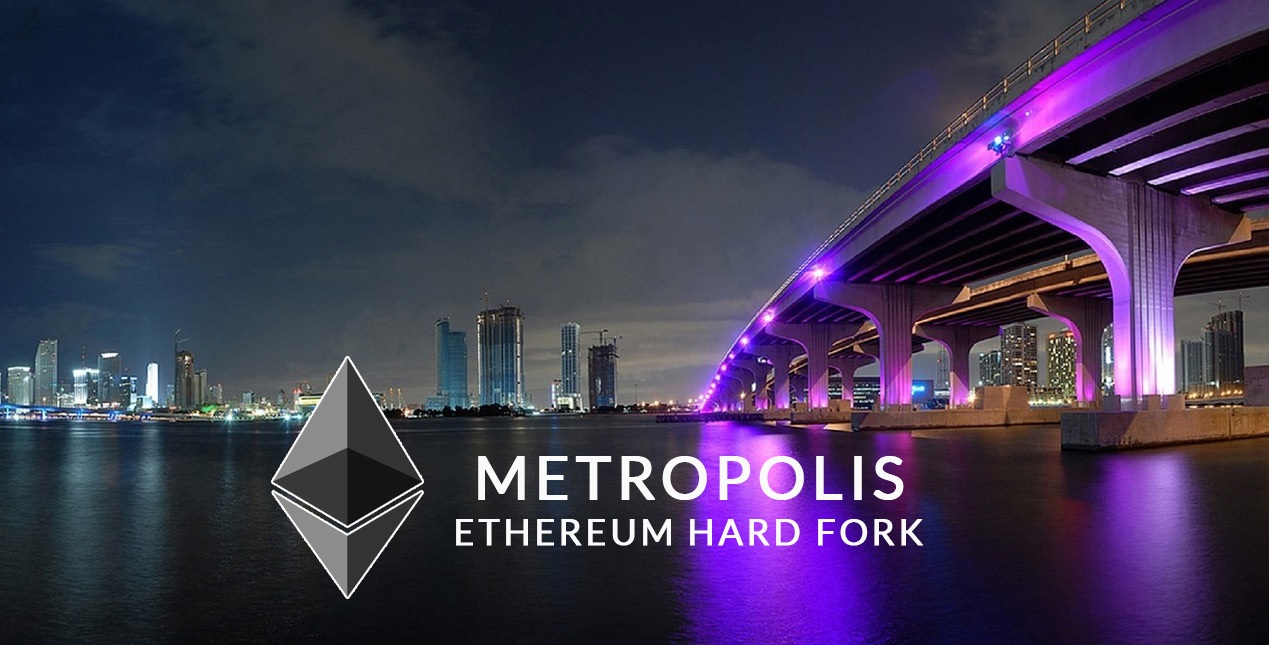 In 2015 the Ethereum team released a four phase roadmap for the platform’s full implementation. Two of the phases, named Frontier and Homestead, have been implemented. The third phase, Metropolis, is about to be released. This phase promises to be the most significant upgrade yet, and is designed to make Ethereum more secure, scalable, and easier to use by non-technical users. Metropolis implementation will require a hard-fork, which was initially due to take place in late September but has twice been postponed. It is now expected to take place on October 17th.

Metropolis will be rolled out in two steps, named Byzantium and Constantinople. Byzantium entered the testing phase on September 19th, and a few minor issues notwithstanding, appears stable. The testing has included successfully confirming a zero knowledge proof, which is a fully anonymous transaction between two parties. This type of transaction is so secure, that theoretically it cannot even be hacked by quantum computing.

The hard fork, which is part of Byzantium, has been delayed on the advice of Ethereum founder Vitalik Buterin to give miners more time to adopt it, and to enable more testing. Buterin has stated that Ethereum is not experiencing difficulty, and that no more postponements will take place. Once the fork begins block times will increase in steps from the current 23 seconds to 39, which will increase the difficulty for miners, giving them an incentive to move to the new blockchain.

The Ethereum upgrades are enthusiastically welcomed by crypto advocates, and Ether prices increase each time a major announcement is made. The value is almost certain to increase substantially once Metropolis is fully implemented. Should the upgrades continue to go smoothly, Ethereum should be in a strong position for the foreseeable future.

Buterin and the development team have been very direct about the need for Metropolis to be implemented without further delay. Ethereum is growing rapidly in popularity among developers and organizations interested in exploring blockchain technology. These include major corporations, national banks, and government institutions. In its present form, the network cannot handle the demands that will soon be placed on it. Metropolis will play a significant role in making the network more robust, and scaleable.

Constantinople, the second part of Metropolis, is expected to begin implementation in early 2018. Ethereum’s fourth major update, Serenity, will transition the platform from proof-of-work mining to proof-of-stake. The Ethereum team has provided few details on how, or when, this transition will take place.