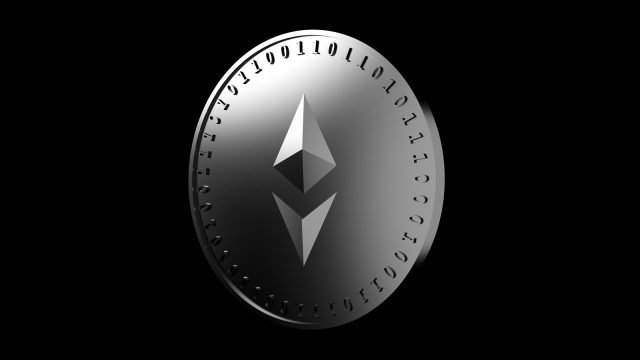 As crypto adoption continues to reach record levels, and prices soar, Ethereum is once again demonstrating that it is a legitimate rival to Bitcoin, and is on a path to becoming a blockchain platform for the mainstream. Recently Ethereum co-founders have discussed its growth, and its future within the crypto space. Their predictions represent what can reasonably be seen as a different set of priorities than most crypto teams. Rather than view their creation as a form of digital currency, the Ethereum team views it as a platform on which entire blockchain systems can be built and operated. Should the Ethereum vision materialize, the platform could become one of the most significant developments in the history of digital technology.

Recently, Ethereum co-founder Joseph Lubin discussed the future of the platform as a base for decentralized applications. Although this characteristic of Ethereum is well understood among crypto advocates, much of the public attention focused on Ethereum has been on its fiat value. However, Lubin sees its utility as vastly more significant. In an interview for Bloomberg, Lubin claimed that Ethereum could become the basis for a decentralized World Wide Web, which he termed “Web 3.0.” This would include digital identity, certificates, and transactions all rendered via the blockchain which he claimed would “eliminate all friction.”

Other Ethereum co-founders have made their own predictions regarding the platform’s future. Stephen Nerayoff has claimed that Ethereum has “10 times more projects this year than last year,” and that the platform could easily triple in value in 2018. Of great significance, according to Nerayoff, is the fact that many of the blockchain projects being created are outside of fintech. In a CNBC interview Nerayoff stated, “you find projects in the oil and gas industry, you’re finding government using it in their applications, you’re seeing it in gaming, all kinds of different areas.”

Even Vitalik Buterin, the best known of Ethereum’s creators, is clearly interested in the platform’s growth and function as a blockchain platform rather than as a cryptocurrency. Buterin recently introduced a new concept to make ICOs more secure, which he has termed “DAICO.” He also has offered rewards of up to $1 million for developers that help with Ethereum’s scaling and other upgrades.

Despite its creator’s emphasis on Ethereum’s primary importance as a blockchain platform, traders and investors are clearly more concerned about its rising financial value. Ether has recently reached a record high of $1,400 and is showing no signs of a correction. In fact, once again there is widespread talk of Ethereum replacing Bitcoin as the most valuable crypto by market cap, a phenomenon known as the “flippening.” It is worth noting that Ethereum’s value increase is largely connected to many exchanges recently enabling the purchase of Ethereum directly with fiat, thus bypassing the need to first purchase Bitcoin. Also, In terms of usage, the Ethereum network has long been the leader, processing more than twice the number of transactions per day that the Bitcoin network.

There are, of course, a number of blockchain platforms that could grow to rival Ethereum’s dominance in the field of smart contracts and decentralized processing. These include NEM, Neo, Cardano, and Stellar. There is also the real possibility of Bitcoin receiving upgrades that could give it many of Ethereum’s advanced features. Simply put, the crypto space is simply to dynamic at the present time to accurately predict which platforms will gain long-term hegemony.

Perhaps the most important takeaway from Ethereum’s surge in popularity, as emphasized by its creators, is that the blockchain revolution is vastly more significant than the creation of decentralized cryptocurrency. In fact, focusing on issues such as market caps and merchant adoption rates in many ways detracts from the bigger picture. Blockchain technology is poised to dramatically change all aspects of modern life, and Ethereum’s founders intend for their creation to play a significant role in this transformation.