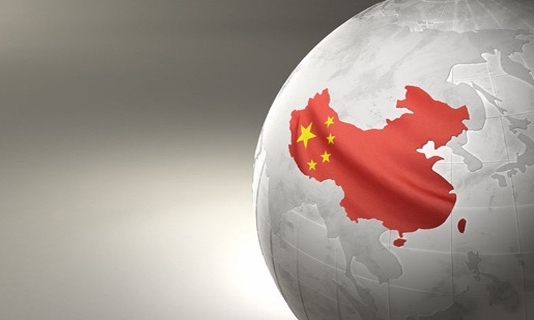 The popular opinion worldwide is Bitcoin trading cannot be stopped even by the very rigid censorship of the Chinese Government and the People’s Bank of China on crypto currencies.

Bitcoin exchanges have introduced unique procedures such as “Know your Customers” as well as put off withdrawals a month ago even before China’s central bank issued new policies. This move produced a significant increase in volume for over the counter markets such as LocalBitcoins (based in Finland) that makes possible trades in local currencies worldwide.

Coin. Dance, an analytics website that focuses on Bitcoin, disclosed transactions that reached a high of $36 million Yuan until the middle part of February. The total figure even climbed up to almost 60 million Yuan a week ago. The latest charts showed the increasing price of Bitcoin continues to entice more investors to support this virtual currency. As of last month, total number of trades reflected in the OTC Bitcoin website was only a little bit lower than 14 million Yuan.

The LocalBitcoins community manager said transactions on the trading platform of Bitcoin were conducted mostly with the use of Virtual Private Networks or VPN. He also revealed they are “technically” blocked in China especially because their website makes use of the re-captcha system of Google. All resources of this search engine are disallowed in this Asian country from the mainland unless the user utilizes the VPN. Unfortunately, it is not easy to find a reliable VPN in China after the government outlawed networks in January.

LocalBitcoins is everywhere so individuals can easily do virtual trading of Bitcoin both online and offline. Many trades are conducted using multiple bank to bank transfers as well as high-risk payments like gift cards. The site has grown steadily since 2012 as disclosed by its founder (Jeremias Kangas) to Bitcoin.com.

According to Kangas, LocalBitcoins grew as expected and gradually. The situation is quite different in countries such as Venezuela and Nigeria where inflation is excessive with substantial differences in FOREX rates. The BTC rates for exchange are different compared to official rates of fiat currencies. In short, Bitcoin can be a more relevant instrument in getting the real value of a particular currency in the future. Fluctuations in China’s Bitcoin market continue but prices still went up to over 8,000 CNY in all major exchanges.

ARK Blockchain Products head Chris Burniske was also interviewed by Bitcoin.com about trading in China. He said the value of Bitcoin is potentially supported more by the crypto currency’s trading value compared to trading volume. This is contrary to the claim Bitcoin is backed up for the most part by pure assumptions. It is apparent by now that the entire market needs to deal with new guidelines from the PBoC such as know your customer rules, margin limits, trading fees and Anti-Money Laundering or AML.

Future of Bitcoin in China

Many users of this currency are wondering what the future of Bitcoin is in this country. Some traders and investors look forward to more regulations. Nonetheless, many stakeholders are confident trading volume will still go up as the number of institutional traders who go online increases. The downside is the probable Bitcoin ETF was rejected by the Securities and Exchange Commission (SEC).

Last year, trading volume ratio on exchanges to transaction volume on the Bitcoin Blockchain was 10 to 1. Many critics allege the virtual currency has an inflated value mainly due to a lot of speculations. However, results of changes in China’s regulations one exchanges leads to considerable slowdown in trading volumes worldwide. Currencies complete three core value propositions which are store of value, means of exchange, and unit of account. This also applies to digital currencies. It is essential for Bitcoin to grow as medium of exchange. Since February of this year, more than 16 percent of Bitcoin was transacted than traded every day.

There is an inversion or reversal with regards to the usage of Bitcoin with large decline i8n volume of trading. Even then the price of the virtual currency remained stable. Guesswork has been rife about the exchange volumes in the People’s Republic of China. The most probable theory for all these is the so-called algorithmic trading. Liquidity was good along with zero fees. Attempts to trim down small games through this kind of trading are not an assurance there will be substantial support for the value proposition of Bitcoin. Loss of trading volume does not automatically mean it is vital for Bitcoin on a more permanent basis.

The more essential thing is how the Bitcoin platform and price will respond. There was a minor spike in the instability of Bitcoin following actions made by the Chinese central bank. But, this volatility normalized since this time. The market hardly quivered despite the PBoC’s moves. It is definitely premature to come up with conclusions.

However, it appears the initial premise that trading volumes are declining in the People’s Republic of China will soon be changed by another setting. At present, Japan constitutes around 60 percent of trading volumes while 90 percent passed through China. Japanese markets also shifted which revealed the patterns suggested by algorithmic traders. The issue here is trading volumes may not be as crucial as consumers envisioned in the past.

All these being said, the fact is even the Great Wall of China is not enough to affect Bitcoin trading in this country.