2 min readThe Coronavirus Will Impede on Blockchain Development in China 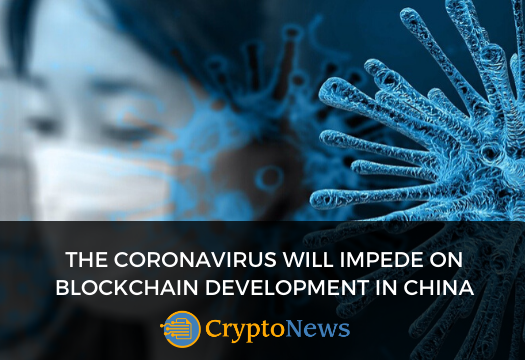 Back in October, Chinese President Xin Jinping promoted the use of blockchain technology by and for the Chinese economy and provided the public with unadulterated access to the nation’s BSN network. However, he could not predict what would ensue in the following months.

Following the outbreak of the Coronavirus in Wuhan, the chances for a successful and timely implementation of the BSN network will inevitably be impeded. Applications that were going to be developed will take longer, as the focus quickly shifted from economic growth to stopping the virus.

While there is no official statement from the Chinese Government or people responsible for the BSN network, it’s safe to assume that blockchain development is not a priority at the moment. Dealing with the virus outbreak is the single most important thing on everybody’s mind.

Given more time, medical, production, and trade blockchain applications would have been constructed, giving the people responsible for containing the outbreak a better fighting chance.

They could have used the blockchain to track down where the virus originated, probably down to the type of fish it came from (or if it even came from fish) and help them identify which people are at the highest risk of being infected.

However, no amount of blockchain can help with creating a cure.

Regardless, the network and applications were not created, implemented, and no relevant data was stored. The only thing that remains is to fight the disease through the traditional methods of quarantining a large area of land, hoping that nothing slips through the cracks.

Even if blockchain foundations and data were in place, the same methodology would be implemented, but it would open up opportunities to segment the parts of the population that have the highest risk away from others with low risk of having contracted the virus.

This unfortunate event may, however, serve to bolster the spirit of the Chinese and guide them to develop technologies that will protect them in the future. In addition, it will also help bring China and the US closer together, as they are working side-by-side to deal with the outbreak.

This is a global phenomenon that affects all of us, regardless of where we are in the world. The Chinese economy is responsible for 15% of the world’s GDP, with their products and people touching every location on the planet.

We at www.crypto-news.net are wishing the best of success for the people dealing with the outbreak and safe and speedy recovery for the sufferers of the virus.