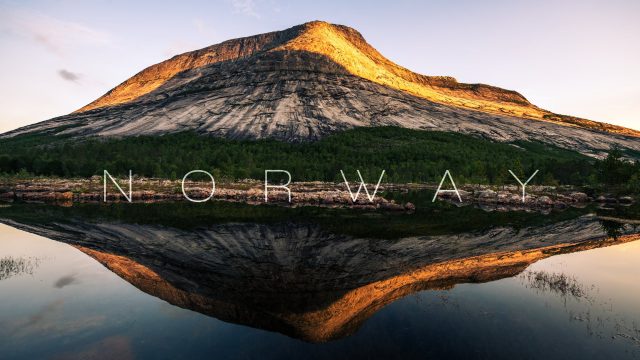 Therese Helland is a prominent consultant for Bitcoin and Blockchain and based at present in Oslo (Norway). Interest in the digital currency and platform encouraged her to study the Bitcoin ecosystem in detail. She was elected recently as one of the board members of the country’s Bitcoin Association. Ms. Helland owns a café in the Kasbah which also serves as meeting place for Bitcoin supporters to discuss about the Blockchain technology, decentralization and virtual currencies.

According to Ms. Helland, the major hindrance to Bitcoin and Blockchain is the 25 percent Value-Added Tax (VAT) charged in the exchange between the Norwegian currency (Krone or NOK) and Bitcoin (BTC) crypto-currency. It needs to be removed. Otherwise, the Bitcoin will not move forward. In addition, Norwegian consumers must be educated more about the digital currency. This is one of the principal objectives of Norway’s Bitcoin Association. Education should focus on the public’s awareness about decentralized technologies as well as its economic, legal and philosophical options.

In Norway, people use international exchanges which include Local Bitcoins, Bitmynt, CoinBase, Kraken, Bittrex, and Poloniex. However, there are few merchants and enterprises that accept Bitcoin in this country. The Bitcoin has come up with a list and adds new vendors as they come. The upside is international trade provides possibilities and opportunities for Norwegian nationals to use this currency. It is quite slow in adopting the virtual currency even as a few traders use it for investments as well as trading. There is a big and untapped remittance market in Norway.

The Norwegian Bitcoin Foundation (NBF) was founded only in July of this year as a non-profit organization. Its primary goal is to disseminate information regarding Bitcoin and similar digital currencies. Its bank account at the DNB ASA, Norway’s biggest financial services, was closed after the foundation failed to prove that it has not ties with terrorist groups or involved in money laundering activities. Ironically, the Foundation only has a deposit of $US100 at the time of closure.

NBF announced it was moving to another bank that understands the Bitcoin currency and its benefits. The organization is composed of 20 registered members who are asked to pay a yearly membership fee of 300 crowns each. DNB management admitted there is no restriction against the use of Bitcoin but the risks are greater and banks do not accept the currency as payment.

Therese explained she does not have knowledge of any official regulations that prevent commercial banks in the country from offering accounts to any Bitcoin exchange. The government has limited knowledge of Bitcoin. There was no official position on the crypto-currency although Hans Christian Holte, Director General (Taxation) issued a statement that the government does not regard Bitcoin as real currency but rather as an asset subject to taxes (Capital Gains).

It is not the first country to rule out the Bitcoin currency as legitimate. Other Asian countries like China, Korea and Thailand also rejected the virtual currency. In Europe, Germany classified Bitcoin as a Unit of Account while France permitted a Bitcoin exchange to operate just like an ordinary bank. It was also reported many financial entities are studying Blockchain technologies although not a single one has Blockchain products to date.

There are many clear use cases like banking unbanked people and remittance concerns. Nonetheless, the platform has a potential to transform consumers’ way of life as well as unwarranted third parties in monetary transactions between individuals. In short, Bitcoin in Norway still is in the initial phase but there are many things that can happen in 2017 and the years ahead. This is one of the more important and exciting things that Ms. Therese Helland is looking forward to in the future.

What lies ahead for Bitcoin and Blockchain in Norway? It is considered the second wealthiest nation in the Euro Zone. Norway has not totally jumped into the Bitcoin bandwagon as of now. The truth is Therese was right in saying that it will be worthy of note to monitor what will occur within the next few months in terms of Blockchain and this crypto-currency.

Incidentally, DNB presented a new feature in its Vipps app. This is a mobile payment app in Norway allowing anybody to pay businesses and establishments through bank accounts or credit cards. Vipps was released only in May 30, 2015 and had one million subscribers after five months. It operates the widely-used PayPal and sends payments to any individual in the region by entering a mobile phone number, user name or email address. Meanwhile, Norwegians are able to buy Bitcoin using credit or debit cards minus the complicated verification and authentication procedures for users.

Bitcoins Norway said users can simple send any specific amount in Norwegian currency to the following email address: [email protected] after making a Bitcoin PO or purchase order. Users can do this through Vipps to this address so Bitcoins Norway can verify the settlement and transmit Bitcoin to the Bitcoin address of the customer.

There are numerous Bitcoin exchanges similar to Bitcoins Norway enabling customers to use Bitcoin for trading without the usual cumbersome user verification process. Users can easily go to any branch or remittance facility to send or get Bitcoin payments. Bitcoins Norway removed the requirement to go to physical locations of banks and remittance centers while allowing users to buy and sell the virtual currency using their mobile phones. In other words, this particular service makes the most of competence while maximizing user experience.

Now, does the decision of the Norwegian government to impose exorbitant tax charges impede the progress of Bitcoin? In this case, most Norwegians will surely be monitoring developments with intent.