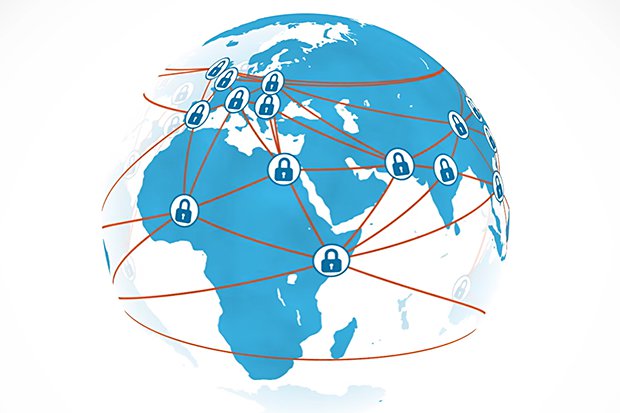 During the last couple of months, cyber attacks of all kinds have gotten significantly more complicated, but also started taking place more often. This leads people to imagine computing platforms that are unhackable, and do not have points of failure, thus being resilient to all forms of cyber attacks.

Well, this reality could be closer than we think, thanks to the blockchain network. To put things better into perspective, the blockchain network can be regarded as the culmination of lots of research on both security, but also cryptography. It offers a significantly different approach to performing computing functions and storing sensitive information, thus making the network perfect for environments where security is always at risk.

At this moment in time, the blockchain network is actively being used in innovative ways, to create a better cyber security environment for organizations which often face cyber attacks.

Based on this, as blockchain has immutability, this means that it can easily prevent data fraud and manipulation. Through sequential hashing and its decentralized structure, the blockchain technically makes it impossible for third parties to get access to sensitive information, and alter data that is currently present on the ledger. With this in mind, the network can be used by organizations which are currently handling large amounts of sensitive data, in order to prevent any form of data altering.

It is also believed that blockchain technology may make distributed denial of service attacks, a thing of the past. With this in mind, Philip Saunders, the founder of Nebulis, believes that: The killer weakness of the current DNS system is its overreliance on caching,” (…) This is what allows China to poison its DNS name servers, censoring key social networks and banned keywords. At the same time it is also what makes it so easy for millions of autonomous devices under the control of malicious code to shut down whole networks and have these interruptions persist.” He continues, by stating that: “Blockchains, particularly the Ethereum platform, can allow a different approach. Only changes or updates to the record cost money in the form of network fees, but reads are free, as long as you have a copy of the blockchain.”

Research is actively being carried out to find new ways that the blockchain network can improve computer and internet security throughout the world, even for individual users. Some developers claim that they have found ways of preventing data theft as well, in untrusted environments, by using the blockchain networks.

Based on everything that has been outlined so far, what do you personally think about the security potential of the blockchain technology? Let us know your thoughts in the comment section below.