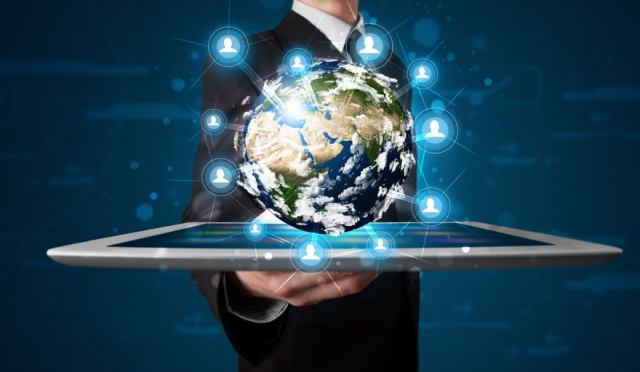 The Hyperledger Project got a big boost after its formal collaboration with the Chamber of Digital Commerce (CDC). The Linux Foundation hosted the Project to promote blockchain apps across multiple industries. CDS is a trade association that actively promotes blockchain technology.

The two will work to reinforce the current advocacy as well as information dissemination initiatives. Both parties are projected to leverage their working arrangement with large corporations and public sector for innovation. Hyperledger has extensive expertise in this technology while the Chamber of Digital Commerce is adept in coping with public policies. Major areas of focus include intellectual property concerns, public policy programs, regulatory measures, and technical interoperability (ability to work with other systems).

Hyperledger Executive Director Brian Behlendorf stated the government and open-source blockchain technology sector must work together actively to achieve the potentials of these innovative platforms. The Chamber of Digital Commerce possesses policy expertise which will be advantageous to the overall objectives of driving forward blockchain initiatives.

Active involvement of government agencies in R & D along with the implementation of blockchain technology will be a confidence booster for all organizations. These institutions play an important role in formulating policies for this new-generation technology that can help accelerate its adoption soon. Hyperledger enlisted an additional six corporate entities which bring its total membership to over 100. Four of them operate in the People’s Republic of China.

¼ of Hyperledger’s members are current based in China. This is a manifestation of the effort to encourage more stakeholders to sign up. Hyperledger launched programs recently such as working groups in the healthcare industry.

Linux Foundation established the Hyperledger Project in December of 2015. The original founding members were disclosed in February of this year while the governing board and 10 other members were published last March 29. Brian Behlendorf came on board as executive director on May 19.

The Project accepts proposals for code bases and related technologies to develop for possible inclusion as primary elements of Hyperledger. Among the initial propositions was a code base that put together previous efforts of IBM (Open Blockchain), Digital Assets Holdings, and the Libconsensus of Blockstream. Libbitcoin-Consensus (Libconsensus) is an alternative or non-compulsory adjunct of the Libbitcoin Blockchain. It is theoretically redundant with inherent functionality within this Blockchain. It was given the name “Fabric”.  Mr. Behlendorf insists Hyperledger will not build its own crypto-currency.

Rationale for the Project

The Blockchain is a Peer to Peer distributed ledger technology or DLT created by agreement. It is merged with a structure meant for smart contracts and other assistive technologies (assistive, rehabilitative, and adaptive devices). Altogether, these may be utilized to initiate a new set of transactional apps that will guarantee transparency, accountability and trust. At the same time, said applications can make businesses more efficient and rationalize legal restrictions.

Blockchain is sort of an operating platform for multiple marketplaces, micro-currencies, decentralized digital sectors, and data-sharing networks. It has the capacity to reduce costs and complications of implementing procedures in the real world significantly. An open-source and mutual software-development methodology such as Hyperledger is capable of ensuring precision, prolonged existence, interoperability, and backing to unite Blockchain platforms. Only this approach can make the technology suitable for commercial adoption by conventional enterprises and consumers.

Big companies have started contributing to the Project. All technical contributions are accepted. These will be assessed by its Technical Steering Committee (TSC) composed of experts in the industry. The committee appreciates clear processes, discussions and decision-making. It will also supervise the technical directions as well as working groups under Hyperledger and oversee contributions to the code base. TSC members will evaluate contributions and pass through an open-community method in building an initial and integrated code base.

Technology Company Digital Asset Holdings contributed the trademark for the Project name to the Foundation. Use of this trademark is controlled by the Project’s Governing Board with approval from Linux Foundation. All members take on an open governance composition. The Board directs business decisions and marketing campaigns. It ascertains alignment between members and technical communities.

The president and founder of the Chamber of Digital Commerce Perianne Boring explained that the growth-oriented viewpoint with regard to industry parameters and regulation are some challenges the community faces. However, these are manageable given the cooperation between all stakeholders.

The Chamber represents some of the prominent innovators, investors, start-up entrepreneurs, and long-time operators in virtual assets and Blockchain technology network. Membership in the CDC is open to software firms, financial corporations, investment companies, and Information Technology institutions worldwide committed to espouse the ideals of this flourishing enterprise.

Chamber of Digital Commerce is acknowledged as the foremost trade association that stands for the Blockchain industry and digital assets in the world. Its primary mission is to advocate recognition and use of these platforms. The Chamber’s ultimate objective is to build up pro-growth legal setting in this industry that promotes innovation, investments and employment.

Dianrong (formerly Sino Lending) is the financial technology firm (focusing on alternative financing schemes) which has been at the vanguard in the utilization of emerging technologies in the financial markets. Its central business is to connect lending facilities with borrowers through its P2P lending system. The Blockchain applies to the company’s business model because the technology allows secret or nameless transactions made by two unidentified parties. This arrangement resolves the trust issue.

Dianrong was established in 2012 by Soul Htite who is also co-founder and former technology head at the Lending Club. Dianrong is currently among the first three P2P lending platforms in China. This is based on a report filed by Wdzj.com and Yingcan Consulting Company. There were many times that Htite showed his company’s interest in blockchain technology. Dianrong is developing blockchain technologies for possible use in Internet lending. He disclosed the company pledged an investment of between $US30 and $US40 million for this specific venture within the next two years. Based on Business Intelligence, Dianrong is looking at other Blockchain platforms which include consumer finance, contract certification and borrower credit.

Meanwhile, Shanghai Gingkoo Financial Technology is trying to explore the possibility of serving banking institutions in China with DLT. Gingkoo Blockchain Department Manager Bruce Zeng said they developed the Starfish Blockchain and built alliances with numerous Blockchain corporations all over the world.

ZhongChao Smart Card Research Institute President Yifeng Zhang claims their company decided to become part of Hyperledger to develop the digitization of currencies further. He also maintained that ZhongChao will combine forces with the People’s Bank of China and other financial organizations for the further growth of this industry. They honestly believe that this effort will lead to the forthcoming progression of this industry.

Where to from here?

As of November 29, the Chamber of Digital Commerce made its partnership with Hyperledger official. More supporters and members are expected to join and become key players in this movement. Blockchain has become as spectacular as Internet Technology.

In another part of the globe, an increasing number of finance and technology giants which include IBM, The London Stock Exchange, and Wells Fargo Company have joined hands with The Linux Foundation as well. Their goal is to improve Blockchain which is predominant in various business transactions. Blockchain initiatives are linked closely to the open-source community. The Foundation has done a very good job of leading such efforts although some sectors are questioning the probability of the technology to move forward. There are issues like patents which will surely be difficult to overcome.

The Hyperledger Project creates an open paradigm or benchmark for the unique concept of distributed ledgers. This makes digital currencies absolutely secure. Thus, the currencies can be monitored and traded economically. New members can join the distinct group across multiple entities which consist of the following:

The technology promises to transform and modernize documentation in businesses such as farming and banking. There are companies like R3 LLC (Blockchain technology) and Chain Core (Enterprise-Grade Blockchain Infrastructure) willing to open their software codes to the general public.

However, there is another force (PATENTS) working hard that can shut off access to these technologies. Large commercial banks and other financial institutions are filing their applications seeking 20-year monopolies for different aspects of the Blockchain technology.

This is a big and serious concern for organizations like The Hyperledger Project, Linux Foundation and Chamber of Digital Commerce. It is something that the leadership of said groups need to deal with promptly.