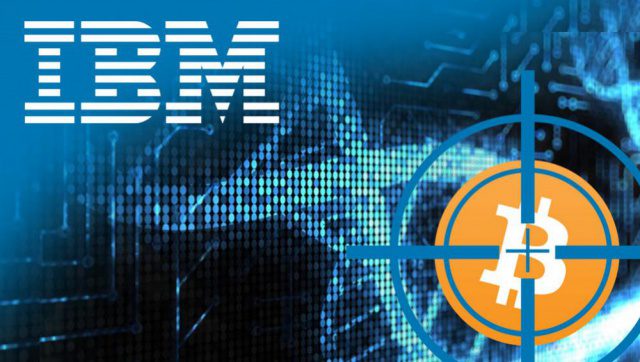 IBM maintains operations in 170 countries and is one of the 30 corporations which is part of Dow Jones Industrial Average. It employs almost 380, 000 workers globally. IBM manufactures and distributes software, middle ware and hardware as well as consulting/hosting in areas like Nano Technology and mainframe computers.

IBM is at the head of the Blockchain initiative. The platform is capable of transforming the world just like Internet Technology which this corporation realized. IBM has a complete package and works with technical experts as well as clients to find out how Blockchain can change the business complexion in the following industries:

This company from India breaks new ground with the use of Blockchain technology to dislocate its long-established businesses and propel growth in the future. Anish Shah, Mahindra Group’s President for Strategy revealed they are I the process of reviewing other apps in the above-mentioned industries.

This particular partnership was formed as the technology and business sectors in India are exploring the technology. Commercial banks are experimenting with Blockchain for across the country payments even as many start-ups are exploring possibilities of using digital currencies such as Bitcoin. Anish Shah announced the company is trying out Blockchain to probe new platforms particularly for small and medium companies in the mortgage business.

IBM invested $200 million to promote its Internet of Things approach. It opened a new facility in Munich (Germany) to be at the forefront of such efforts were its Blockchain initiatives are associated with. ISM is one of the founding members of the open-source project called Hyperledger and an avid proponent of this technology. The conglomerate has embarked on multiple ventures that involved this platform which included the dispute resolutions systems as well as cloud-based security structures.

Spokespersons of IBM stated that today’s enterprises can share Internet of Things data in a private and protected Blockchain. This is meant to cut down costs and various intricacies of conducting business across a complex of consumers and commodities. Such a capability is incorporated completely into the IBM Company Blockchain. It cited the corporation’s joint endeavor with Kinno, a company that operates from Finland which utilizes the Blockchain-instilled Internet of Things of IBM that develops supply chain-monitoring capacity. Kinno is trying to create a solution that makes use of this protocol to follow and report on container condition and location. It also improves packing and transport of consignments by way of shipping lanes.

Kinno is the shorter name of Kouvola Innovation, the development agency which fits smart contracts into real trans-shipment containers. The application was designed to give out information regarding location of containers, background and different Enterprise Resource Planning systems.

IBM is convinced that Blockchain has the ability to boost payment processes of Mahindra in real-time. It will also concentrate in modifying the invoice discounting procedure which brings together and sells discounted invoices. The distributed ledger method makes the whole system faster. This is a boon considering that the conventional supplier to manufacturer technique of discounting invoices is exceptionally slow.

At the same time, it is plagued by counter-party risk and calls for a lot of separate books. All of these will be addressed by the collective distributed ledger since all parties concerned can see operations and payments. Henceforth, human errors are eliminated.

Mahindra is a 4us17.8 billion conglomerate based in the populated city of India of Mumbai (formerly known as Bombay) and more economical supply chain. Mahindra has been recognized as a vanguard of upcoming technological novelty after it was granted by the Financial Times the “Boldness in Business” accolade in the “Emerging Markets” category three years ago.

IBM is serious in pushing these Blockchain platforms further. It has been proposing consulting services to many companies all over the world. For instance, IBM introduced the BlueMix cloud system which supports multiple programming services and languages. BlueMix also backs an integrated DevOps to create, operate and deploy apps on the cloud. It is based on an open technology called Cloud Foundry and functions on the so-called Soft Layer infrastructure. BlueMix supports standard languages like Java, Swift, Python, Node, Go, Ruby, and Sinatra.

IBM has already made known its program aimed at hastening the advancement of Blockchain-applications for various enterprises. This bionetwork will suggest a route to market regulation and practice for start-up firms putting together Blockchain technologies. It provides them a venue for marketing applications in the IBM market and develops a Blockchain application marketplace.

Enterprise developers along with integrators of systems are free to become part of this ecosystem. They will be given access to implements, recommendations and opportunities. Meanwhile, IBM is taking care of edification and information dissemination so the time from conceptualization to implementation will be reduced significantly. This is the bottom line of the collaboration between Mahindra and IBM.

Many stakeholders in this industry are positive about this cooperation and similar alliances between these organizations. India and other countries in the Asia-Pacific are only pilot locations for the Blockchain technology to take off.