4 min readICO Due Diligence – are you wasting your time? 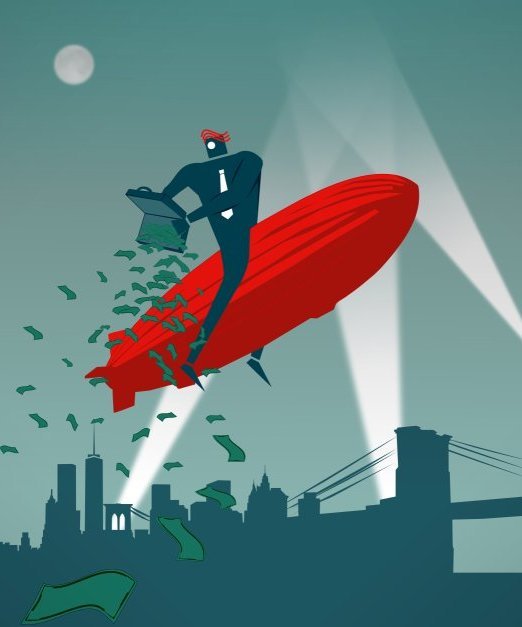 ICOs – not just another type of investment opportunity
They’re coming at you thick and fast, a new one being touted as the next big thing amid the gathering hail of pre-announcements and pre-launches. Initial Coin Offerings (ICO) are all the rage, promising incredible returns quicker than the time it takes to build, develop and market a new idea.

ICOs raised over $10 million in February 2017 and continued to generate hundreds of millions more since, collecting almost $1 billion in June and July alone, according to CoinSchedule. No other investment vehicle comes close in sheer speed and scale, with the likes of the BRAVE ICO raking in $35 million in 30 seconds and Bancor pushing $144 million in less than 3 hours.

Unlike conventional investments, ICO founders stake little or no equity, and investors gain little or no ownership of the product. The premise is simple: ICOs offer backers a chance to obtain newly-created tokens or cryptocurrency before they hit the market. And that’s all most investors will ever own: tokens.

Will due diligence protect me?
With so many to choose from, and many inevitably losing their initial value and causing huge losses to investors, people are advised to “do their own research” before buying in to an ICO. Whether you’re a financial banker or couch investor, there are some basic due diligence guidelines you can adher to help you determine which ICO to go for.

But don’t be fooled into thinking that doing this is enough to lead you into profits. Neither the most detailed whitepapers, nor most highly-rated ICOs given coverage by the most reputable media sources guarantee success.

ICOs don’t follow the rules
Don’t be fooled by ICOs that pass the myths of due diligence. Even after evaluating all its assets, liabilities and commercial potential, ultimately, ICO performances can almost seem invariably arbitrary, as shown by some of the following examples.

Due Diligence Myth 1: Reputable and “real” development team
OneCoin (ONE): The OneCoin development team was highly transparent, with actual people and actual names actively promoting and even appearing in public. OneCoin was heavily promoted, its creator gracing the cover of Forbes and holding huge events across Europe, Asia and North America.

It didn’t run like a typical ICO, instead spending years between 2015 and 2017 pre-mining coins on a private blockchain and continuously recruiting investors in an unashamedly ponzi-like design, with plans to launch its coin to the public in 2018.

But it all started to fall apart after a string of OneCoin related arrests in India, Belize and China. Bitcoin.com later also gave evidence of OneCoin’s scam.

Due Diligence Myth #2: Detailed roadmap, tech, whitepaper, great code
Supercomputer Organized by Network Mining (SONM): The SONM ICO was one for the tech geeks, with an immaculate whitepaper detailing how the project would solve the inefficiency problem of cloud platforms through decentralised computational power. With some brilliant minds behind the project, the ICO was listed as a “trusted block-chain startups” by the Economist and given a “better than the market” rating by ICOrating.

Despite raising $42 million in four days, SONM ran into technical difficulties with token distribution and heavy dumping took the price down, where it is still struggling.

Due Diligence Myth #3: If there is no innovative idea, a great product is just as good
Monaco (MCO): Crypto-based debit cards weren’t a new thing but were notoriously expensive to use due to high fees, with service providers providing limited support. The Monaco Card proposed itself as “the world’s best cryptocurrency card”, using perfect inter-bank rates and an app to exchange between fiat and crypto.

It was a no brainer at face value, especially with inbuilt e-KYC mechanisms and advertised 3-minute customer onboarding, leading it to raise more than $21 million in its ICO. Barring brief spikes post ICO in early July, the token has seen a slow decline in the past few weeks.

Will ICOs ever be easier to evaluate?
The lesson here is that any investment is a risk, least of all ICOs. No amount of due diligence is a guarantee of a quick buck. Of course, investors should not just throw caution to the wind. Good due diligence can still weed out obvious scams.

The SEC Launches a FinTech Hub