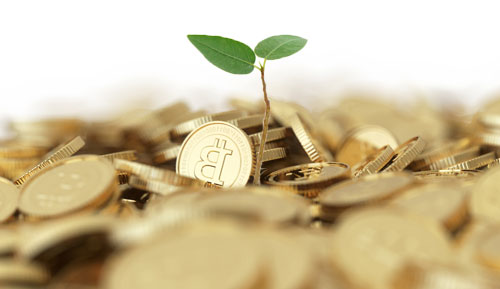 The Bitcoin currency exceeded $US1,000 at the start of this year. Is this an indication that the virtual currency is a lucrative investment?  It is an enigmatic but enticing asset that fascinated a lot of investors globally. Earnings came quick compared to other traditional financial resources even as the crypto currency is very unstable in today’s market. Bitcoin’s value in the past was less than $0.01 but surged to $1,250 recently.

Is it a Worthy Investment?

Will it be advisable to invest in this digital currency this year? This can turn out to be a difficult decision so it is worth studying speculations and recent developments.

Interested investors must make an effort to do research. Here are a couple of questions to ask:

What is the best use for Bitcoin? Is it going to benefit consumers, businesses and bureaucracies? Then, invest if you are convinced about its value. There are several ways of acquiring the currency. Buy the Bitcoin and ride on the digital currency’s price value before re-selling. BTC traders make use of Bitcoin Bots in trading. Others learn and experiment on currency mining.

Bitcoin is decentralized. Governments or central banks do not regulate this type of tender. It does not have any physical form and exists only as an encrypted code. Creators regulate Bitcoin and the rate of production or infusion into the market continues to decrease. Nonetheless, the plan is to generate around 21 million BTC all over the world by 2109. At present, statistics revealed that only 15.5 million Bitcoin circulate in the market.
What about the exceptional price surge? Bitcoin did not have any grip initially. Few enterprises accept the virtual currency as mode of payment and meant solely for early advocates. People may not believe it but the very first Bitcoin transaction took place in 2010 worth 10, 000 BTC for two trays of pizza. Nowadays, this would have cost approximately $9 million. Bitcoin increased in value as more companies started to accept the currency. On the other hand, more and more consumers are keen on adopting a decentralized currency.

Since then, the trend for Bitcoin was to go up and plunge. After this, it reaches another peak and crash again. Such a trend continued until this reached an all-time high in 2013. However, this has not happened again even though it came close towards the end of last year. At first, Bitcoin was thought of as baffling but it is slowly turning out as legitimate option for investment.

A lot of adventurous investors and traders consider the digital currency as safe haven asset similar to the yellow metal. BTC is not affected by transformations in their individual economies unlike traditional currencies. This is why a number of traders use the Bitcoin as hedging instrument or medium if the currency they transact with is on a decline. A perfect example is Chinese investors who opted for Bitcoin when the Yuan started to drop.

To Invest or Not to Invest

What, if you finally decide to invest in this crypto currency? A Bitcoin is quite expensive. It is valued today at roughly $900 and possibly used for web-based trading platforms like e-Toro. The latter is a social trading and multi-asset brokerage firm based in the United Kingdom, Cyprus and Israel.

You need to invest less than the cost of one coin for a fractional transaction. Bitcoin is also very unstable. Henceforth, make sure to select a particular strategy for the long-term. Review the currency’s patterns prior to decide on investing. Or, follow the veteran Bitcoin trader through the People Discovery Tool of e-Toro.

Bitcoin is similar to most trading platforms. The trader has the option to open a buy long or sell short position. With the buy long version, the trader hopes that the Bitcoin’s value will increase. There is no correct strategy for Bitcoin. Monitor marketplaces. Find out if you want to choose a bottom and purchase or go for a peak and sell. Traders must keep track of news, trends and developments because of the currency’s fluctuating (rise and fall) pattern. They must observe the value’s increase or decrease.

It is a new currency with data existing only for the past eight years. It is not likely to see long-term models from the technical point of view. At any rate, global trend in its entirety is positive since the supply remains fixed worldwide. The fearless forecast of industry stakeholders is that price will continue to rise in the future.