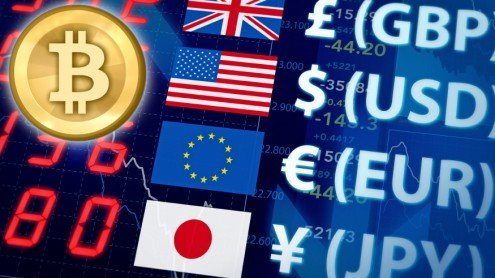 This year continues to see revolutionary changes to the global financial landscape, as cryptocurrency adoption and value skyrockets. There are now an estimated six million active crypto wallets, and many thousands of businesses, large and small, are embracing digital assets. Across the globe government leaders, and central banks, are coming to the realization that cryptocurrency is here to stay, and its use is all but certain to grow exponentially over the next few years. Many have begun to respond to this revolution by exploring blockchain technology for their own national currencies. Although such steps will represent a great leap forward for blockchain use, the success of state-backed cryptos is far from certain.

Dubai has become the first state to officially enter the crypto space. Dubai will soon launch emCash, a government backed digital currency that will be legal tender in the United Arab Emirates. Dubai also plans to transition much of its government functions and record keeping to blockchain systems over the next few years.

Other nations are rumored to also be developing official cryptos. Among these are China, India, Nigeria, and Canada. Although details are few, each state-backed platform is expected to have similar characteristics. These would include the cryptocurrency being directly controlled by the central bank; it complementing rather than replacing the national fiat; and regulations being placed on wallets and mining.

It is safe to assume that these national cryptos are not being developed because central banks support the cryptocurrency movement. Rather, the banks are seeking to limit the adoption of Bitcoin, and other decentralized cryptos. The primary issue is, of course, centralized control. Decentralized cryptos are borderless, open source, and cannot be manipulated by any single entity. For many years governments, via their central banks, have enjoyed full control of the currency used by their citizens. Not surprisingly, they are loathed to relinquish this power.

There is no doubt that national cryptos would have advantages. As legal tender backed by central banks, they could quickly be adopted by private banks, businesses, and the general public. Security controls could be implemented that would limit fraud, and prevent laundering. Being blockchain based, the crypto could not be counterfeited, and transfers could be quick and efficient. States could even develop more advanced systems that enable smart contracts, similar to Ethereum and Neo, for a wide range of public records.

The dilemma faced by central banks is the fact that much of what makes blockchain-based cryptocurrency appealing are characteristics that the banks firmly oppose. The banks would almost certainly keep the national crypto closed source, and they would maintain the ability to manipulate supply as they saw fit (as is the case with fiats). Convincing a skeptical public that the national crypto will be properly managed under these circumstances may be a tough sell, given that decentralized cryptos are virtually impossible to corrupt, and, from a technical perspective, will work just as well. After all, Bitcoin users are certain that only twenty-one million will ever be created, which all but guarantees that Bitcoin will hold its value.

Another significant challenge to centralized, national cryptocurrencies is the borderless nature of digital assets. Fiat currencies are designed to be legal tender only within the borders of specific nations, but blockchain based currencies can be used anywhere. One well-trusted national crypto could easily become a de facto global currency. In fact, such a phenomenon would be likely to happen. Under these circumstances, most state cryptos would quickly become obsolete, and the one that is commonly used would no longer serve its primary purpose.

Because blockchain-based systems are, by their very nature, decentralized, it appears unlikely that national cryptos could be developed that give central banks the same control as they enjoy with fiats. Nevertheless, national cryptos will likely soon become commonplace. Even if governments cannot prevent their citizens from using decentralized cryptos in private transactions, all public and government transactions could still be exclusively the realm of the national crypto. This could include tax collection, payment of government debts and salaries, and legal transactions. How successful such a system would be, and how long it could be maintained, is anyone’s guess.

One undisputed fact is that a global financial revolution is underway. Decentralized cryptos, such as Bitcoin, provide tremendous advantages over fiat, and central banks are quickly figuring this fact out. For a nation-backed crypto to succeed, it would have to earn the public’s trust by being transparently managed and secure. Whether or not governments, and their central banks, will be willing to take these steps remains to be seen.