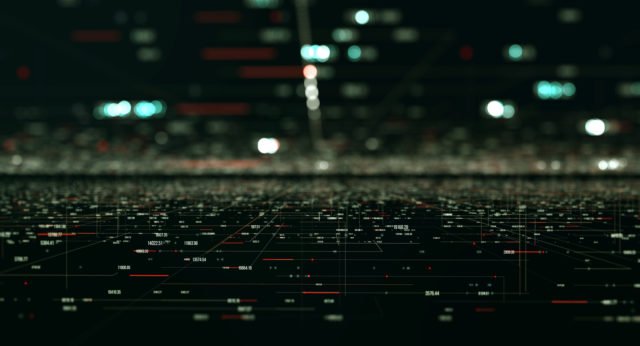 Bitcoin’s price recovery continues spur optimism among blockchain advocates, as it is increasingly looking like the months-long bear market is at an end. The flagship cryptocurrency has now spent more than a week above USD $5,000, bringing with it many alt coins, some of which are now at 2019 highs. As significant as these rising fiat values are, a wide range of ancillary evidence is pointing to a market reversal and a much greater move into the crypto space by individual and institutional investors.

The unique nature of blockchain assets make determining clear values a very difficult task. Many factors can contribute to a platform’s value that are not reflected in its market cap. In the case of Bitcoin, transaction volume is a key metric to follow, and it is sharply moving up. Daily transactions are up twenty-five percent this year, from around three hundred thousand in January to around four hundred thousand this month. In fact, this is the first time that Bitcoin has broken the four hundred thousand mark since its all time high in January, 2018.

Bitcoin’s mining difficulty also reflects a growing public interest. Although the rate has been volatile, it has gradually increased since January after a months-long decline during the last quarter of 2018. If it continues to grow at its current rate, Bitcoin difficulty will reach an all-time high by the end of June. Other proof-of-work (PoW) cryptocurrencies are also seeing a resurgence in mining. Litecoin, for example, has seen its difficulty rise all year, and has already eclipsed its all-time high.

Additionally, Internet and social medial activity around cryptocurrency is increasing. Google searches for terms such as “Bitcoin” and “Cryptocurrency” are at their highest point since last November, as are Twitter hashtags. The number of Youtube videos covering blockchain topics also appears to be growing.

Perhaps the most significant uptick in blockchain activity is platform development and business adoption. Both have been on an upward trend for years, and have not slowed during the recent market decline. Virtually all business sectors have come to appreciate the potential of distributed ledger technology, and most major companies are investigating its adoption. Likewise, many platform teams are making significant progress on their roadmaps, and a more clear picture is beginning to emerge as to which are truly on track to bring their projects to completion.

The positive trends should nonetheless be observed with caution, as crypto activity is extremely volatile. Also, during the past two Aprils prices and activity have both increased, only to drop from May to July. It is thus far too early to determine if the current uptick is permanent or temporary.

For now, signs are pointing to a new wave of crypto adoption that promises to be far more significant than mere market improvement. The public is once again gaining trust in the blockchain technology that drives cryptocurrency. Although there is still significant progress to be made before blockchain can be considered mainstream, perhaps it is time to declare the bear market recovery underway.