3 min readNBA Is Dunking on the Blockchain Game 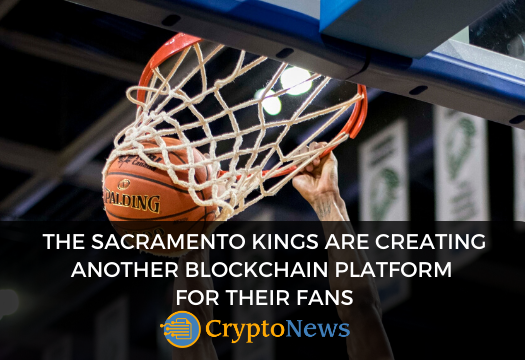 The Sacramento Kings, a Californian NBA team announced their second blockchain platform “Kings Live Auctions” on January 15th through Twitter. In the past, the team has also created a blockchain-based rewards program for their fans.

The platform is a live auction bidding marketplace built on Ethereum, where the team will offer official game-worn merchandise to their fans. The project is a collaboration between the team, ConsenSys and Treum.

The platform will leverage blockchain technology to create a proof of ownership for auction winners. To accomplish this, the auctioned item will have a digital twin written on the Ethereum blockchain, which will be accessible through the Treum wallet.

This way, future collectors (once the item leaves the hands of the Sacramento Kings administration) will be protected by this additional layer of authenticity and transparency. Any collector claiming to own a valuable memorabilia item without ownership of the digital twin will be easily identified as a fraud.

The token used is a non-fungible token (NFT) similar to the tokens used by CryptoKitties, and will be used to create a clear line of item ownership long after the auction has ended. In their own words, the Kings say that “Over time, the digital twin’s audit trail will grow and inevitably replace the need for the physical certificate of authenticity and serve as the primary basis for establishing the credibility of any auction items purchased through Kings Live Auctions.”

The implementation of blockchain technology in this manner can be considered proof that the industry is slowly, but surely maturing and taking advantage of the opportunities brought on by blockchain technology. A few years ago, it would be inconceivable to have sports teams participate, but now, understanding about blockchain has reached the next level.

A worthy mention is that payments will be processed through a credit or debit card. There is no option for the use of cryptocurrency to make a bid on an auction. However, this is likely simply a way to protect themselves from legal dangers and the need to perform all of the tasks (KYC, AML) that exchanges are obligated to perform.

Maybe in the near future, we will be looking at Kraken/Coinbase collaboration, making it a possibility to pay winning bids using cryptocurrency. However, by the looks of things, fans will always be expected to verify their accounts using a credit card and present that information if they want to participate.

Lastly, even though the team advertised their platform, we still have to wait a little bit before we can bid on any items. According to the website, January 29th as the date when the first auction will become available after the team’s game against Oklahoma City Thunder.

Depending on the success of this platform, the Sacramento Kings may end up establishing a new norm and way for fans to support their teams. The only question is whether other teams will follow their lead without seeing their results, or wait patiently to see how the situation unfolds.