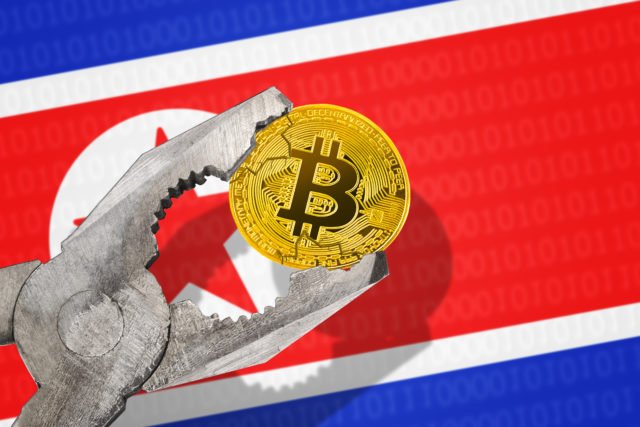 The United Nations Security Council has concluded that the North Korean government has been using cryptocurrency to evade international sanctions, and is behind a series of cyberattacks on Asian exchanges. According to the Nikkei Asian Review, which claims to have access to a soon-to-be-released report, North Korea may have as much as USD $670 million in crypto which it has been accumulating since 2015. This is not the first time that the Democratic People’s Republic of Korea (DPRK) has been accused of such illegal activities, and is an example of how the emergence of blockchain assets promises to significantly alter international finance and diplomacy.

North Korea has been hit hard by international sanctions, which have been in place since 2006 as a result of the government’s refusal to abandon its nuclear weapons program. The regime of dictator Kim Jong Un is desperately short of cash, as his nation’s economy is heavily dependent on exports of raw materials such as coal and minerals, which are now largely cut off from global markets. Stockpiling cryptocurrency could thus be one way to generate income.

Two years ago evidence emerged that the North Korean government was mining Bitcoin, but ceased after a few months. The South Korean and U.S. governments have accused the Kim regime of next resorting to cyberattacks to acquire crypto. For example, the December, 2017 attack on Youbit, as well as the January 2018 attack on Coincheck have both been blamed on North Korea and resulted in the theft of $571 million in blockchain assets that included Bitcoin, Ethereum Classic, and NEM.

Cryptocurrency may also provide a means for the DPRK to launder illicit funds. Notably, the government stands accused of using WeChat to accept crypto payments for goods smuggled out of the country. It may also have used crypto to conduct business with Hong Kong-based shipbuilder Marine Chain.

It is worth noting that the charges against the Kim regime have not been proven, yet they demonstrate a new reality for international diplomacy and finance whereby states can use cryptocurrency to easily evade sanctions and trade barriers. Already Iran and Russia stand accused of using crypto to circumvent U.S. and European Union sanctions. In fact, Russia is developing a state-sponsored digital currency that appears to be designed for just this purpose.

Although the use of cryptocurrencies to evade sanctions may be a cause for concern, evidence suggests that they will have little overall impact on the resolution of international disputes. Sanctions have been used since antiquity as a means of diplomatic coercion, and rarely are they effective. In fact, they often strengthen the very regimes they seek to disrupt. On the contrary, blockchain adoption promises to create a more interconnected world, which will push rogue states like North Korea into choosing cooperation over conflict.

The full text of the United Nations report is expected within a few days, which will likely provide significant details on North Korea’s Illicit activities. Although there is no easy way to prevent North Korea’s cyber attacks and accumulation of cryptocurrency, greater recognition of how blockchain is developing, and its legitimacy as an asset class, will hopefully enable better standards for security and management.