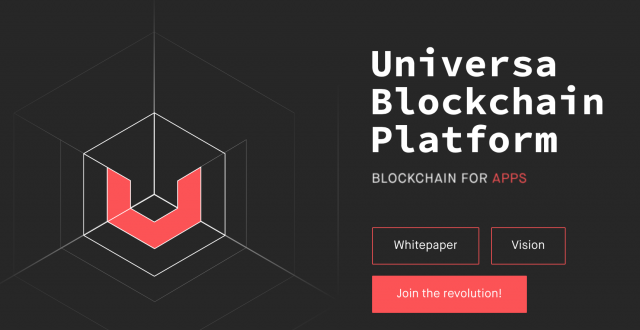 On November 30, Times Square saw a provocative promotion video, depicting a well-known computer game character Pac-Man, eating up the row of a dollar, Bitcoin, and Ethereum signs. The shown video symbolizes the transition to the so-called New Money Order, which Universa is striving to achieve. The video has been uploaded to the Universa official YouTube channel on the 1st of December https://youtu.be/SImff8RPCFI.

Universa is a new-age blockchain platform introducing a new technology designed to fix the weaknesses of Bitcoin and Ethereum. According to the project WP, this will be achieved by improving smart contracts and the process of tokenization. As the developers claim, Universa is providing an easily scalable blockchain technology and interface suitable for creating smart contracts and applications based on its blockchain.

The application of technology includes such fields as logistics and cargo tracking, AI financial predictions, agriculture, food and medical supplies control and many more. The platform is intended to satisfy the needs of everyday users as well, for it has such applications as smart home automation, airbnb, carsharing, etc. providing a system for tokenization of everything that requires decentralization and transformation to the blockchain.

On October 28, the day of the Token Sale launch, the project attracted more than $ 10 million during the first three hours. The company’s goal is to raise $99 million. According to the project’s whitepaper, the collected funds are to be spent on the protocol development, the creation of the Universa fund for investing in the blockchain based businesses, marketing, legal issues and other purposes.

The head of the project is Alexander Borodich, Russia’s well-known angel investor with the history of over 90 start-ups in his portfolio and former marketing director at Mail.ru Group. Among the advisors, there’s John McAfee, the creator of the McAfee Security antivirus and founder of MGT Capital Investments, who is going to use the Universa platform to implement his own blocking project McAfee Coin, with which he hopes to “change the venture capital market.”

As of today, Universa has attracted over $19 million during the token sale and keeps raising the funds very quickly.