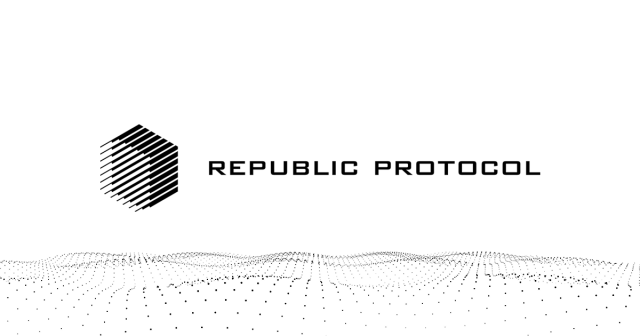 Cryptocurrency traders might soon be able to trade in Bitcoin, Ether and ERC20 tokens without revealing their identities. The details of the transaction will also be kept private, protecting the market from the impact of massive transactions which have traditionally affected the price due to panics.

Republic Protocol is the startup that is making all this a reality through their dark pool exchange for cross-chain trading of Bitcoin and Ethereum-based assets. The startup raised $34 million via its ICO which concluded earlier this month. During the ICO many strategic crypto hedge funds came on board, an indicator of their confidence in the startup’s ability to become the market leader in this ever-expanding market segment. Among the investor were Polychain Capital, Zero Knowledge and Signal Ventures.

Dark pools have been around for a long time and are responsible for 30% of all trades in the equities market. Many major banks such as JPMorgan and Goldman Sachs own dark pools, but Republic Protocol will be the first decentralized and blockchain-based dark pool. This will eliminate the need for a trusted intermediary and instead rely on the blockchain platform to provide a secure, private and scalable dark pool that will have the ability to execute billions worth of trades every day without the need for any human intervention.

So, how exactly does Republic Protocol work?

The total anonymity is made possible via a decentralized network of nodes matching the orders without making any inferences about them. First, the orders are broken down into fragments which are randomly distributed through the network. To ensure the orders cannot be reconstructed and any details revealed, the platform relies on a special Ethereum smart contract known as Registrar. The contract makes it impossible to reconstruct the fragments by organizing the nodes into a network topology that prevents them from identifying individual fragment traits.

To match two orders, nodes containing two different order fragments perform a decentralized computation to determine if the orders match. The order fragments involved are not exposed, ensuring total privacy and anonymity of the traders. The transaction has to be verified, however, and this is done through the zero-knowledge proof process similar to that used in ZCash. This process is able to verify and validate a transaction without revealing any information about the trader or the nature of the transaction. The zero-knowledge proof process used in Republic Protocol is also performed by an Ethereum smart contract, known as Judge. Once the orders are matched, an atomic swap is initiated by a peer-to-peer network, the Republic Swarm Network.

Nodes are at the heart of the Republic Protocol’s platform. The matching process of order fragments is competitive and nodes race each other to make the match in order to get the associated reward. Once a match is made, the associated orders are removed from the pool to ensure that they are not involved in the process again and the traders are notified. If an order expires, either by the elapsing of the time dictated or manually recalled by the trader, the associated reward is refunded.

The native token for the Republic Protocol is REN. This token is used as an incentive by traders to the nodes, with the nodes participating in a successful order match splitting the reward evenly. The fee paid is not standardized and a trader can pay as much as he wants. However, the nodes always favor traders who pay a higher rewards. Traders must also pay an initial fee (called bond) to the Registrar. This fee is refunded to the trader when he leaves the network. A trader stands to lose his bond if he participates in any deceptive practice on the network.

Traders are able to interface with the Republic Protocol through Republic Terminal, a web-based decentralized application This dApp provides traders with the real-time ability to place, amend or cancel their orders. They can also track their orders to know when a match is made and access the history of all their orders.

It’s worth mentioning that Republic Protocol is still in an early development stage and it’s only expected to start full operations in the second quarter of the year. Thus this article only discusses the concept of the pool. How well everything works together will be seen once the network, or an early version of it, is available to the general public.