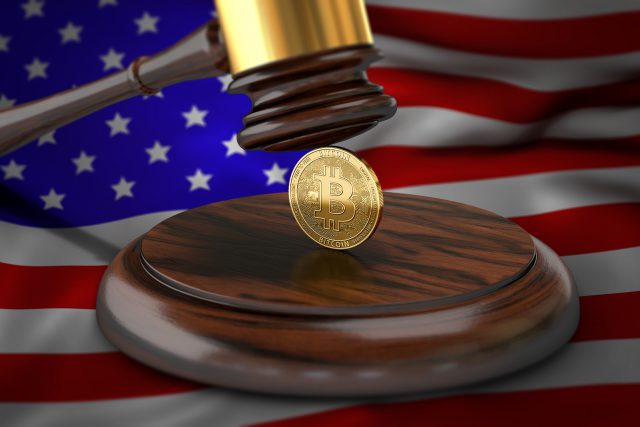 Embedded in the new tax bill are two changes that could have far-reaching implications for cryptocurrency investors. These changes were made at the last minute in the Senate version of the bill, likely after the failure of Segwit2x, which many in the crypto-community felt it was a backdoor takeover attempt by Wall St. of Bitcoin.

The first change in the bill is to restrict the Form 1031 “like-kind” transfer to only real estate. This will do away with the notion that many in the crypto-space (including myself) hold whereby you don’t have to report your capital gains on cryptocurrency trades because you are trading ‘property’ for ‘property.’

The IRS declared cryptocurrencies as such back in 2014.

And this declaration has fueled the ICO explosion we’ve seen in 2017. Newly-minted Bitcoin millionaires and billionaires, attempting to avoid huge tax bills, simply rolled out their profits into new ventures just like people do in the dollar-based economy.

And Uncle Sam, like the broke beggar that he is, is not happy about this.

While the 1031 thing was always dubious legally, since the IRS wouldn’t confirm it was right or not, it gave investors some cover. Now, with the change to the law, it’s very likely they have nowhere to hide.

The second change involves using a “First-in, First Out” (FIFO) accounting mechanism for dealing with cryptocurrency trading. This change ensures that Uncle Sam gets the maximum tax benefit for your crypto-profits.

Knowing full well that the cryptocurrency market is in a massive bull market that it is having trouble containing the Wall St. through the Senate is trying to create an unbalanced playing field with respect to taxes on cryptocurrencies versus that of stocks, bonds, and other securities.

The same unbalanced playing field exists in gold as well. Gold isn’t even classified as property by the IRS and subject to normal capital gains taxes of 20%. Gold is considered a collectible and taxed at 28% to, again, disadvantage, gold investment over that of gold stocks.

Remember, Wall St. doesn’t get trading commissions when you buy gold off of Apmex or Bitcoins off of Coinbase. So, this FIFO stipulation is pure corporatism at its finest.

Since cryptocurrencies are in a massive bull market this is simply punitive taxation designed to ensure that Uncle Sam gets its maximum cut as you will always be selling cryptocurrencies into the market for maximum potential gain.

In effect, you aren’t allowed to book the loss on the sale to your advantage.

Now, if all securities were being handled this way, I would have no problem with it mechanistically. Morally, the whole tax code is abhorrent but that’s a different discussion for a different day.

Whenever Uncle Sam is trying to sell you on something as being easier for you, know that it’s because that’s the only benefit.

So, to reiterate, Wall St. paid to have these provisions put into the tax bill to help stem the tide of investor money flowing into cryptocurrencies while getting maximum tax bang from their legislative buck.

Moreover, none of these rules will apply in the newly-created futures markets because those don’t trade cryptocurrencies directly. Those contracts are securities and profits are taxed just like stocks.

So, understand, at a fundamental level these two seemingly innocuous changes to the tax code embedded at the last minute by Wall St. into Trump’s otherwise pretty good tax code overhaul are designed to push the majority of institutional trading in cryptocurrencies into corners of the market controlled by them, not you.

Also, by not including the Cryptocurrency Tax Fairness Act in the new tax bill Wall St. and Washington are keeping in place the barriers to domestic commerce that currently exist due to the onerous reporting requirements for vendors.

Every time I watch a government try to get control of a market they don’t have control over I am reminded of the words of Princess Leia from Star Wars, “The more you tighten your grip, Tarkin, the more star systems will slip through your fingers.”

Now, what I am about to say should be construed as advocacy or anything like that. It is simply my projection of what the rational response to this will be by savvy crypto-investors.

Simply put, these changes will make more important all of the privacy coins, like Monero, DASH, Zcash, Komodo, etc. As the governments step in to fight the last war, figuring out new ways to tax profits that exist outside the current legal structure, the more people will innovate new ways to avoid the effects.

It is the fundamental problem with tax policy. It is a perversion of the free market and, as such, the arbitrage it creates by over-pricing one form of investment to disadvantage it versus another in this case cryptos versus government-approved securities, the more people will seek to avoid those costs.

So, in my opinion, these tax law changes will begin an exodus of capital out of publicly-traceable blockchains by the most sensitive investors to this issue and into the ones that protect a person’s financial privacy.

Or, at the very least, coins and platforms that emphasize privacy will see an uptick in demand as investors begin to think seriously about what’s at stake here. The initial reaction, during this crazy phase of price appreciation people will likely not care very much, feeling a lot of these profits are found money and will simply pay the taxes to ease their mind.

But, once the crypto-economy matures and the effects of these policies begin to bite into people’s day-to-day lives they will not be willing to fork over 20% of everything if there is an easy way for them to avoid it completely.

All it takes is the simple step of selling your bitcoin for, say, Zcash, anonymizing the transaction, and then buying the bitcoin back with an address with no prior history on the blockchain to break the chain-of-custody.

Atomic swap technology will be crucial to this as well to keep the third-party exchanges out of the loop.

Once that’s done, person-to-vendor crypto-transactions come under the onus of the IRS to backtrack during an audit versus the person voluntarily reporting the sale/transaction. And in no way does the IRS have the manpower or the resources to deal with that in any substantive way.

They will rely on the standard policing tactic of persecuting one person in a thousand and plastering it all over the media and use “… fear to keep the local systems in line…” as Governor Tarkin said.

Then again, we all know how that story ended.