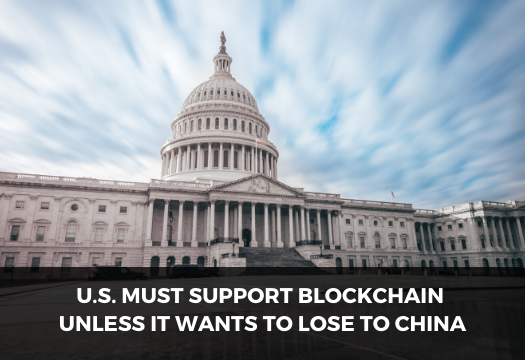 Distributed ledgers, i.e. blockchain applications and cryptocurrencies are completely separate things, but that doesn’t reflect the U.S. budget and intentions.

Trump has once again completely ignored the need for the U.S. to begin integrating blockchain technology in the governmental structures of the country.

A recent Forbes article reveals how close the U.S. President Trump is to minds that understand blockchain and cryptocurrency properly. The acting Chief of Staff, Mr. Mick Mulvaney is a former congressman from South Carolina that has created the Congressional Blockchain Caucus.

In addition, another person close to the White House that can eventually inform the president’s decisions regarding blockchain is his son-in-law and Senior Advisor to the cabinet, Jared Kuchner, otherwise known as the “Tech Whiz”.

Both of these individuals are going to play critical roles in the acceptance and budget inclusion of blockchain by the U.S. president.

With China at the forefront of blockchain implementation, the U.S. has a lot of fear factors to consider. If they do nothing, they risk the Chinese RMB being traded as a base currency on the global markets.

That kind of condition will be of great negative consequence to the value of the U.S. dollar, and will almost certainly negatively affect it’s perceived value. China is the main industrial force in today’s world, and with the implementation of blockchain technology, they are poised to remain on the top of the food chain.

All in all, once China’s blockchain efforts reach critical mass, the established networks will rapidly branch out to provide a global service with the digital RMB at the forefront of the equation.

Unless the U.S. begins to build its blockchain network right now, it will be a Chinese network on U.S. soil.