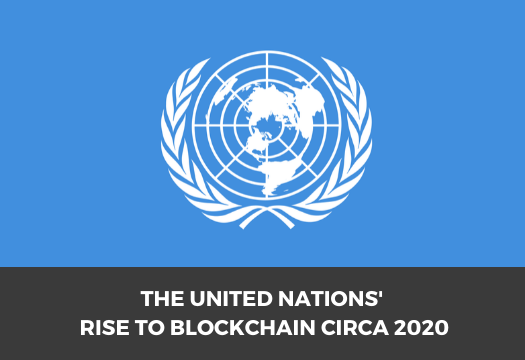 Bitcoin enables financial freedom and provides access to everybody that also has access to the internet. It represents the perfect global blockchain use case. No intermediaries, just payees and receivers.

However, we have a long way to go before we start to use blockchain in all of the right places (and in the right ways). For now, distributed ledgers are largely ignored by small businesses, unless they are a part of a larger network. There is no benefit to using them internally. However, the opposite is true for large and global organizations.

TradeLens, IBM, Unicef, The Red Cross, Amazon, AliExpress, Citigroup, Facebook, Mastercard, Microsoft, Samsung, Visa, and Walmart are just a few examples of global (and large) organizations using blockchain beneficially. Through the use of blockchain technology, the companies and organizations can set up a secure digital network that will ensure communication between the hierarchy, create a historical record, and potentially share it for transparency after a certain period of time.

In addition, it can be used as a method of securely transferring funds to remote parts of the globe, and as a way to mitigate operational waste of resources. Truth be told, blockchain is still a new technology that is being explored, so the possibilities are endless.

One organization that stands to gain the most out of blockchain is the United Nations. This giant conglomerate consists of thousands of moving parts, each with their own goals, budgets, teams, and plans. Its operations are incredibly complicated, and their work affects the entire world. That’s why it’s important that everybody is on the same page, that there are systems which save time and energy for participants, enabling them to do more with less.

With the establishment of the UNICEF Cryptocurrency fund in October 2019 and the recent positive feedback that both the Ethereum Foundation and UNICEF representatives share about their cooperation, blockchain is on the United Nations radar. UNICEF is the first branch of the organization that has started to implement blockchain solutions to improve the way they deal with every-day issues.

António Guterres, the Secretary-General of the United Nations has been addressing the need for implementing blockchain solutions repeatedly since 2018. According to him, such systems will increase the transparency and facilitate trust by the global community towards the organization.

However, internally the organization is working on six different blockchain projects for:

A notable mention to their partners on some of these projects which include: Hyperledger, Amarante Consulting, Laxmi Bank, AltFinLab & FairChain Foundation, Hugo Boss, Vivienne Westwood, Weba, Albini, Filmar, SUPSI-INIS University of Lugano, ZDHC, GOTS, Textile Exchange, OEKO/TEX, and Cittadellarte Fashion B.E.S.T. These humble beginnings may result in a much more radical change in the structure of the United Nations, eventually transforming it into a decentralized global organization.

The United Nations are working to eradicate threats to human livelihood, natural destruction, and ensure that the Earth remains hospitable to all of us. If you are a part of a blockchain organization and want to help in the development of these global systems, go to https://www.uninnovation.network/. If you know somebody that is a part of a blockchain organization, share this article with them.