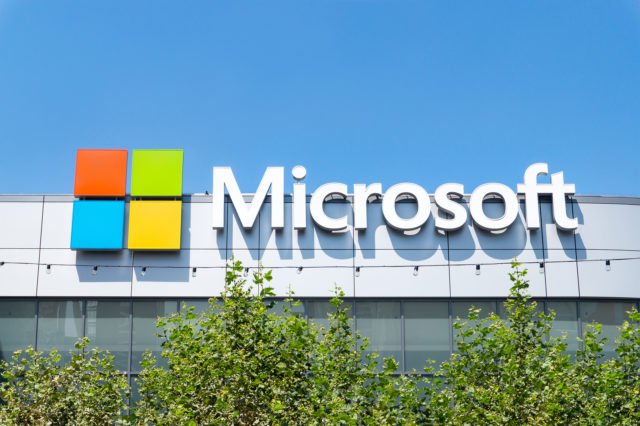 The last couple of years have brought along numerous advancements for the digital environment, yet the internet is still dealing with the challenge of figuring out smarter solutions for online identity management. Granted the massive number of online platforms and the billions of users who access these websites on a daily basis, the digital market is in need of a smarter system that would make logging in, and verifying your identity easier.

Over a year ago, Microsoft announced the commencement of work on their blockchain-based decentralized digital identity system. In the initial blog post declaring work on this project, Ankur Patel, a representative of Microsoft’s Identity Division mentioned: “Each of us needs a digital identity we own, one which securely and privately stores all elements of our digital identity.  This self-owned identity must be easy to use and give us complete control over how our identity data is accessed and used.”

To put things better into perspective, Microsoft carried out a decentralized identity incubation effort, via which they concluded that future DID systems would need to provide:

A few days ago, Microsoft finally unveiled the result of their research and development efforts – a decentralized identity system that is backed by user-owned identifiers, capable of enabling secure and privacy-centered interactions within the digital world.

As part of the announcement, Microsoft released an early preview of their Sidetree-based Identity Overlay network, named ION. The scalability-focused system will run on top of the bitcoin blockchain, following the layer 2 implementation. You may already be familiar with the Lightning Network, a layer 2 implementation that is bound to considerably improve Bitcoin’s scalability potential by facilitating transactions through channels that run on top of the blockchain. While the Lightning Network is certainly a well-awaited advancement, it is important to be aware that the bitcoin blockchain can handle more than simple payment transactions between users.

As part of their report, Microsoft explained that today’s most commonly used digital identifier is the email address and the afferent password. The problem with this identifier is that identity management providers (basically any platform that you log into), is in control of this data. On the other hand, Microsoft’s ION is designed as a decentralized identity management ecosystem, capable of facilitating the interoperability of identity interactions between billions of people, online platforms and devices.

Microsoft’s ION will enable anyone to easily create DIDs, while also managing the state of their Public Key Infrastructure, in a permission-less, open-state network that is ready for worldwide adoption. With the use of ION, scalability can be achieved without jeopardizing the benefits of decentralization obtained in Bitcoin’s blockchain network. Testing of the ION platform on consumer-specific hardware has showcased that it is capable of handling over 10,000 DID-based operations each second, thus proving how easily it achieved scalability.

From a technical standpoint, ION’s Sidetree DID network is backed by the Sidetree logic module, the read/write adapter specific for the chain, alongside the content storage protocol responsible with replicating node data. By working together, the components facilitate the creation of the well-awaited Layer 2 decentralized identity solution that runs directly on-top of the bitcoin blockchain network, while retaining decentralization, security, and privacy functionalities. Unlike bitcoin transactions, the Sidetree protocol utilizes a different consensus system, which simply needs to chronologically order operations. Since DIDs do not need to be transacted, there is no need to rely on, or implement Layer 2 technologies such as trustworthy validators, additional consensus algorithms, or special protocol tokens.

Microsoft’s DID tool runs with the help of ION nodes, which can be already installed by developers who are interested in helping out.  To showcase what interaction with an ION node is like, Microsoft has also built a preview of the ION tool on Azure.

At this time, developers are actively working on the code to ensure that it is bug-free and ready to hit the Bitcoin mainnet later this year. Microsoft has also announced that it is open for collaborations with open source developers.

Of course, as with any other technological advancement, it will take a while before the Microsoft decentralized identifier system becomes mainstream. Companies throughout the world will have to adopt blockchain technology, and fully understand that DID methods are both more efficient, but also more secure when facilitating identity management in the digital ecosystem.