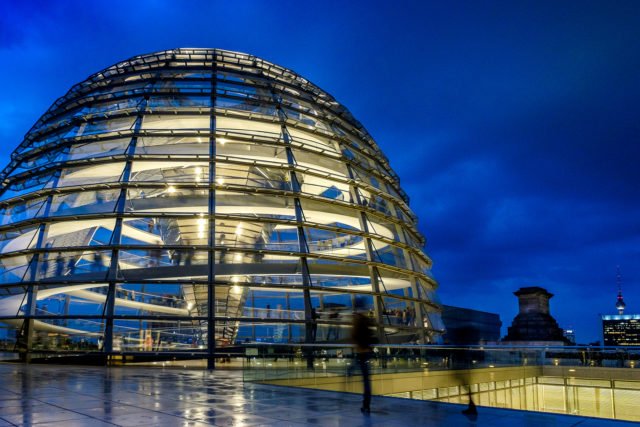 Germany recently disclosed its plans to launch a blockchain strategy within the course of this year. This was after an inquiry by the parliament which is the body responsible for the nation’s fintech systems. Early last year on 8th March 2018, the European Union announced its Fintech Action Plan.

The goal of the plan was to make financial markets in Europe secure, unified and more accessible. The blueprint would further enable the commercial industry to take advantage of the developments in blockchain and similar technologies to bolster cybersecurity for the benefit of investors, financial institutions, consumers and startups.

Regulation has numerous benefits. First off, it reduces volatility and makes digital currencies steadier. This will attract more investors into the sector. In addition, the industry will not only rely on resources from private entities but also the government thereby enhancing development. Regulation is also advantageous in enhancing safety for all parties.

A Leader in Digital Currencies

For a long time, Germany’s capital Berlin has been a safe haven for cryptocurrency and crypto entrepreneurs. A report released by Occurrency indicates that over the past 5 years, Berlin has hosted over 50 blockchain-related startups and over 30 VC companies and international investors. But why is Germany such a big deal in the crypto scene? Recent years have seen Germany record significant wins in crypto. For starters, the country doesn’t tax Bitcoin. Rather, it views this digital currency as an alternative method of payment.

For this reason, it has since set the standard of how cryptocurrencies are taxed for other European Union members. Moreover, the country’s youth has taken a keen interest in the digital market and more and more young people are making investments in the sector. In June 2018, Federal Financial Supervisory Authority head Felix Hufeld shared his opinion that blockchain is “revolutionary” and it could transform the whole financial sector.

At the same time, the Christian Social Union, together with the Christian Democratic Union and German Social Democrats joined forces to strengthen Germany’s role as a leading fintech hub. As things stand, fintech sandboxes are present in five member states in the European Union: Denmark, Poland, Lithuania, Netherlands and the UK. In this regard, the implementation will be preceded by online consultation in these states. Spearheaded by the cabinet, the policy seeks to find ways for the government to make the most of the promising blockchain sector. The Federal Ministry of Economics and Energy together with the Federal Ministry of Finance are the ones tasked with developing the blockchain strategy. With time, however, other forces and ministries are expected to jump into the cooperation.

Other Stakeholders in Germany

The implementation of the strategy is not entirely a government affair. Participants from other sectors such as energy, vehicle manufacture, and pharmaceuticals have also been invited to participate in the matter and become future stakeholders. However, even as the government and other players look for solid findings, it is not known whether or not this move will attract legislative action. Startups in the blockchain industry are of the opinion that lack of a legal structure would pose a big challenge to entry in future.

In recent years, German firms are making huge strides in blockchain. At the end of 2018, the stock exchange company Börse Stuttgart announced its partnership with Berlin-based Fintech firm SolarisBank to start a cryptocurrency exchange. During the same time news broke about the merger between railway corporation Deutsche Bahn AG and blockchain integration service Unibright. Unibright would use its expertise in blockchain to help Deutsche Bahn AG tokenize their services and make them accessible to a wider base of clientele.

In the same vein, Deutsche Börse Group, which first came public about building a blockchain lending platform with fintech giant HQLAx in March of 2018, reported progress in their project in a press release. In January 2019, the Börse Stuttgart Group introduced a cryptocurrency trading application. The app named Bison provides a platform to trade various cryptocurrencies such as Bitcoin, Ripple, Litecoin, and Ethereum for free.

Countries to watch with regards to crypto regulation

In 2018, the government of India appointed a panel to submit a report on regulation of digital currencies. In the same year, the Reserve Bank of India restricted financial institutions from facilitating digital currency ventures. This sparked massive outrage that prompted affected parties to go to court. Ever since, commercial banks have closed numerous accounts with claims that they have been involved in digital currency transactions.

However, things are looking up for India’s digital market. This is after the Supreme Court issued an ultimatum directing the Indian government to find ways to regulate cryptocurrency trading. As at February 25, the government had four weeks to come up with governing regulations. What’s more, the court is in the process of hearing petitions against the crypto ban and might just rule in favor of the aggrieved parties.

Russia’s head of state Vladimir Putin has recently instructed the government to embrace laws on cryptocurrency before July 1st. The head of state accepted the set of directives for 47 orders which are in accordance with a document posted on the government’s webpage. The president needs his lawmakers to come up with a governing structure for Russia’s digital market. The officers in charge of this project are Dmitry Medvedev, the prime minister and Vyacheslav Volodin, the State Duma chair.

Towards the end of 2018, Singapore was putting the final touches on its digital payment regulation. This was thanks to the Payment Services Bill that aims at providing favorable conditions for innovation in payment facilities. It will also improve cybersecurity and deal with funding terrorism. Crypto facilities that were previously unregulated can now obtain licenses for their ventures. The processes monitored by this bill are money changing, cash transfers within and outside the country, provision of accounts and e-money, and digital token transfers.

In conclusion, the success stories from other countries are enough proof that crypto regulation is possible. Thus, it can also be done for Germany and other economies wishing to take the route of cryptocurrency regulation. Crypto institutions will be required to surrender user information to the controlling bodies. As such, the consequence of unlawful activity will translate to legal responsibility. 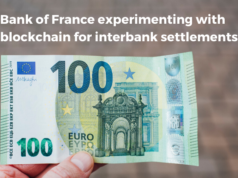 Digital Euro on the horizon? Central Bank of France to experiment with crypto for interbank settlements

Where to Get Free Bitcoin

Blockchain-powered voting will be used in municipal elections in Denver, Colorado

The Future of the Blockchain Technology in 2017

Facebook rebrands Calibra to Novi as the digital wallet for Libra...

Tezos can settle ICO related lawsuit for $250 million in cash