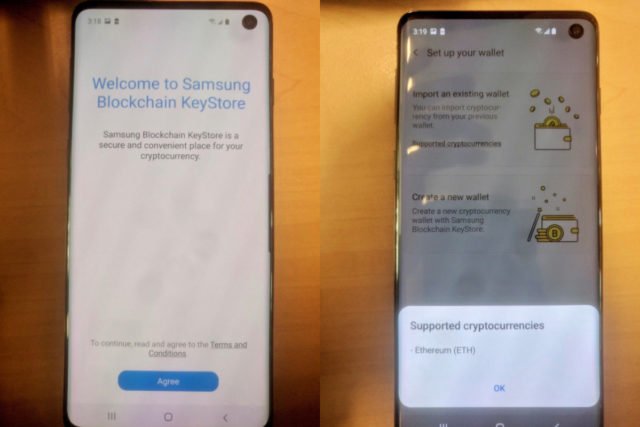 It is no secret that many of the world’s largest corporations are exploring the potential of blockchain technology and cryptocurrency. Secure, distributed ledgers promise to substantially improve efficiency across many business sectors as well as create entire new markets for goods and services. Among the leaders in this space is Samsung, which has initiated a wide range of projects that are clearly designed to push it to the forefront of the blockchain revolution.

The South Korean tech giant has long been known as an innovator, and is presently developing Nextledger as part of Samsung SDS, the companies IT division. Nextledger is a permissioned blockchain platform similar to Hyperledger. It has a very broad roadmap, with the ultimate goal of offering a range of enterprise blockchain solutions to global clients. One of these services will be to create a secure digital identity protocol, which could be used for a wide range of authentication and security applications. Nextledger will also be used for a wide range of financial transfers for both corporate and personal customers. These transfers could include remissions, purchases, or institutional crypto or fiat funds.

A key component of Samsung’s move into the blockchain space involves a recent partnership with Dutch banking giant ABN AMRO to develop a shipping logistics system based on the Nextledger platform. Pilot trials are currently underway at the port of Rotterdam. Employing blockchain technology into global marine transport (as previously discussed by Crypto-News) has the potential to reduce costs by as much as fifty-percent, and a number of platforms are making inroads into the space. However, Samsung may be at a significant advantage given its extensive experience in moving its own products around the world.

Samsung is also moving into crypto mining. Last year its chips began appearing in ASIC miners made by Innosilicon, and in September the company confirmed that it would be developing next generation 10 nm chips for Squire Mining, a Canadian manufacturer. Samsung’s scale and established expertise in processor manufacturing should no-doubt give it a tremendous competitive advantage in this sector, and could likely bring in other players.

Most recently, leaked images have now surfaced of Samsung’s upcoming Galaxy S10 that show the smartphone with an integrated cryptocurrency wallet. Named “Samsung Blockchain Keystore,” it is rumored to be a cold wallet capable of storing Bitcoin, Ethereum, and ERC20 tokens. Although Samsung has not officially confirmed the wallet, in December it filed a trademark with the European Union for the name “Blockchain KeyStore.” It also filed trademarks for the names “Blockchain Core,” and “Blockchain key box.”

The inclusion of a crypto wallet in the S10 would be one of the most progressive steps yet taken by a company into the blockchain space. Such a move could be a catalyst for mass adoption, and would almost certainly be followed by other smartphone manufacturers. Also, it is possible that the wallet would work in concert with Samsung Pay, thus enabling users to use cryptocurrency for fiat purchases.

Given the range of projects that Samsung is working on, there is little doubt that the company is seeking to position itself as a global leader within the blockchain services industry. These actions could prove extremely profitable moving forward as distributed ledger technology goes mainstream. There is also little risk, as these projects do not represent a significant investment relative to Samsung’s size. Most importantly, by becoming an active player in the blockchain revolution, Samsung is pushing the technology forward, and creating an incentive for more major companies to become players in the space.