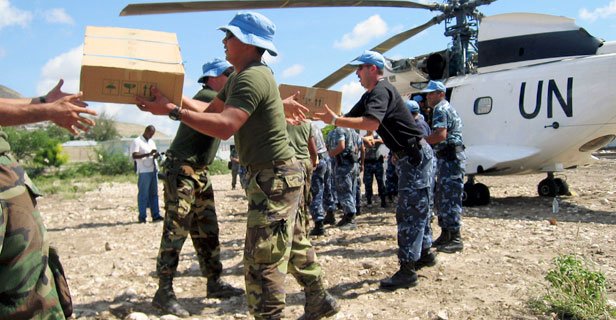 Recent reports that the United Nations, also referred to as the UN, is currently in the latest stages of their biggest blockchain-based projects so far. Not long ago, they successfully used the blockchain network to send money to 100 people, and are now arranging more security to make sure that the next stage of the program proceeds according to plan.

With this in mind, a pilot test that will start out on the 1st of May, will have the UN’s World Food Programme send money to around 10,000 people, for both financial support, and to help them afford extra food. The ultimate goal of the project is to expand the number to 500,000 people by the year of 2018.

As a measure to help protect the privacy of those receiving money, the sums being sent will not be disclosed. The technology, however, is getting a lot of attention, as the UN wants to further push it into use, and make it resilient through time.

The main scope of the project, started in a 40-day period, was to showcase the fact that the blockchain network can be used to distribute numerous forms of humanitarian aid to those who are in need. Those who were selected as beneficiaries of the project were given a one-time password which was then displayed on their mobile devices. These passwords were then shown to owners of supermarkets, who then helped give both funds and food. Due to the nature of the blockchain network, interfering with this by third parties is impossible, and neither the recipient nor the shop distributor can cheat the system.

While this proof-of-concept pilot is only meant to showcase that blockchain-based transfers do work, those in-charge with it, would like the UN to reconsider what cash-based transfers are. Not only this, but if adoption continues, digital currency transfers could also be made in the near future.

Based on everything that has been outlined so far, this project could pave the road to the future of blockchain-based, trustless, and secure donations that people and organizations can make to support projects, and to those less-fortunate. What do you personally think about this UN project? Let us know your thoughts in the comment section below.