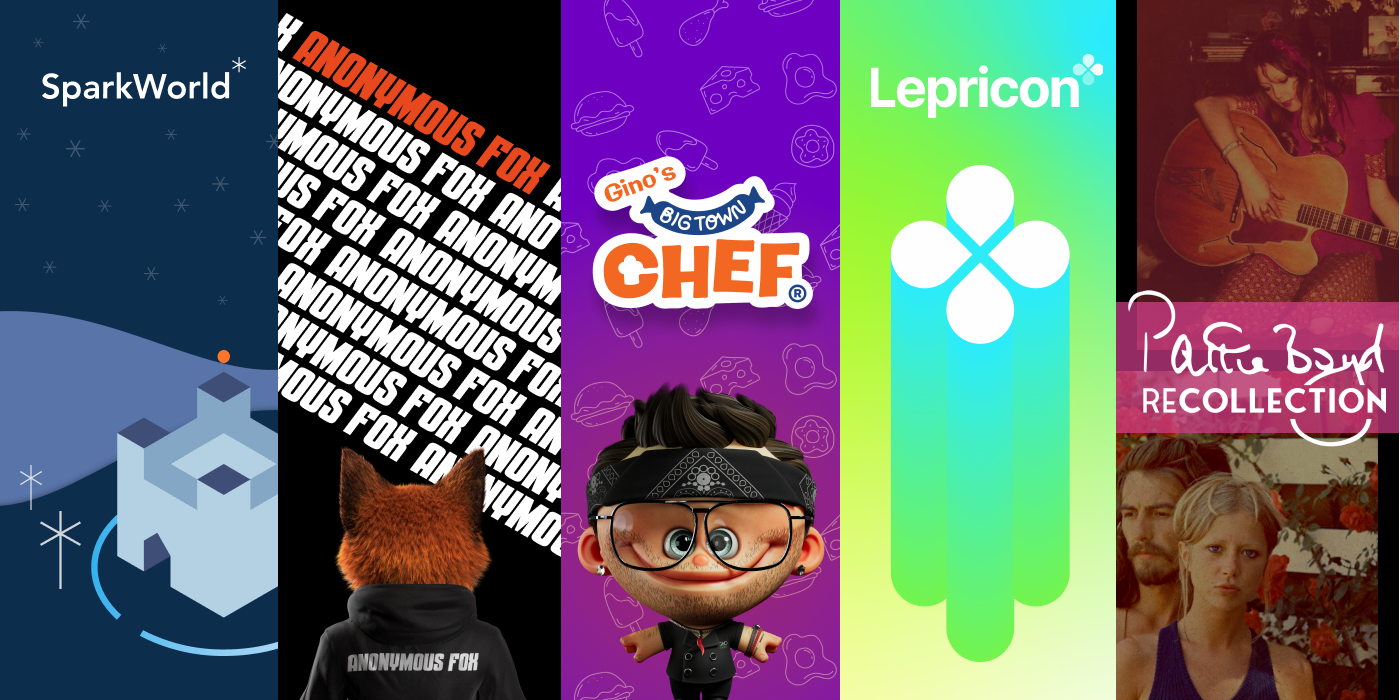 There has never been a more exciting time for both NFTs and their profound ecosystems. The platforms people are building, although challenging to finalise, create unheard-of benefits and excitement for their audiences.

You may have already encountered numerous projects providing large amounts of value to you, but as we know, the entire Web3 landscape is constantly changing because of the introduction of new technologies, tokenomics, ways of governance, and so much more. Therefore, you have landed here to learn more about the most promising projects of this year and act accordingly towards them.

Deciding on the top NFT project picks has been challenging as we see a stream of new projects emerging from a void of nothingness – from scratch – every day, but the challenge of finding the absolute best ones has been completed.

As such, this article dives into the top 5 NFT projects you wouldn’t want to miss in the second quarter of 2022, and invites you to join the conversation around which way the NFT gears are turning.

No, we did not indulge in making a typo or attempting to reference something else – SparkWorld* indeed has a star at the end of its name! We believe this is one of the most cutting-edge and innovative projects of the year because of a number of things we will describe in detail below.

The SparkWorld* team has invented a revolutionary concept in for NFT whitelisting called Fair Prediction Launches, or FPLs, which, using a number of blockchain-based techniques, allows ecosystems to become more accessible, fair, non-volatile, and sustainable, making it easy not to leave any user behind because someone came to the NFT whitelisting party earlier than them.

In short, SparkWorld* makes the standard NFT first-come-first-serve launch model obsolete by replacing it with a for-you-by-you (FUBU) model that comfortably sits on Fair Prediction Launches.

However, FPLs are not the only paths to change in SparkWorld*’s operations, although they are some of the key elements of the project, the bigger picture lies in the fact that SparkWorld* will be a full-scale NFT marketplace that happens to have prediction markets integrated for proper user rewards.

What’s more, because SparkWorld* is focusing on NFTs and NFT gaming in the AVAX and ETH ecosystems, most enthusiasts you can think of are welcome on its platform – whether one is an artist, collector, gamer, or a prominent staker of tokens, they are always welcome.

Have you ever heard of a famous world-class TV chef named Gino D’Acampo? If not, now is the time to do a quick google search on him.

Gino D’Acampo has launched an incredibly funny and immersive NFT metaverse gaming experience – an entire gaming world named Big Town Chef where anyone can grow, trade digital ingredients, and go to cook-off battles with other players on the platform.

Such a platform is what Web3 has not seen before because no one has had the slightest thought of creating a virtual cooking world that would present ways of earning tokens. This decentralised cooking show uses standard practices in today’s metaverse mechanisms – if you wish to start participating, you must first acquire one of the platform’s NFT chef avatars available.

After that, the whole world of virtual cooking opens to you at the Big Town Chef’s platform, allowing you to immerse yourself in cooking battles for rewards, trading of digital assets, and more.

Big Town Chef is run with the help of its own $BURP token that is powered by the Polygon network, therefore it offers great efficiency, speed, and low cost – features often hard to find in the more established projects.

GameFi is not exactly what it seems. What should act as a mechanism for absolute and verifiable user in-game ownership has become another hype-driven train incentivising nothing more than monetary value acquisition.

Lepricon is a project that aims to make decenralised gaming fun and fair so that the wrong people do not get to control gamers anymore, as well as believes that gaming on-chain can be one of the main accelerators of blockchain mainstream adoption.

Lepricon is tackling these issues with some of the most advanced custom blockchain technologies – the team has built its own blockchain called Leprichain which also has a custom block explorer attached to it. Everything in Lepricon’s operations is about efficiency both for its team and its users, members of the community.

The project, despite having started its activities very recently, has already introduced numerous blockchain-powered mini-games largely inspired by the classic 80s-90s consoles with the help of Shamrock Studios which is now part of Lepricon. $L3P, Lepricon’s native token that sits on Leprichain, is the key to unlocking access to the aforementioned mini-games.

Moving forward, Lepricon will be developing a whole suite of different mobile and web-based games that not only allow the user to own a part of the games they play but also continue providing opportunities for getting rewarded.

Also, Lepricon is working on what’s called The Pack Generator – a feature enabling third parties to create Packs (NFTs) which are already pre-loaded with digital assets of different kinds. This will allow Lepricon to go wild and create tons of amazing NFTs in the future, and even release them on Leprichain as well!

Anonymous Fox? But isn’t that the name of the recent hack targeting WordPress? Yes… It is… But some anonymous foxes are better than others! AnonymousFox, the Web3 movement, is an NFT project that is inspired by the values of hackers, just not in an evil fashion.

It is one of those innovative collections with hidden gems inside – Anonymous Fox will reveal its face only in one of the exclusive NFTs. The reason why the person, or maybe people behind this project are creating this experience lies in drivers like inclusion, community, and participation in decentralised environments that are slowly changing the world.

Anonymous Fox will sit on the ETH & NEAR blockchain – a network well-known for its sustainability and low costs, therefore people interested in the project will be able to have just the best experience acquiring and trading Anonymous Fox NFTs. In addition, we might see the introduction of physical merchandise-powered NFTs that represent real item ownership itself.

If you are fond of the NEAR blockchain and consider yourself a fighter for freedom of information, privacy, and inclusion, make sure to start looking forward to the AnonymousFox launch – who knows, maybe you will be the one AnonymousFox decides to reveal its face to?

Former wife of legendary British music icons Eric Clapton and George Harrison, Pattie Boyd, the ‘Layla’ living inside Clapton’s songwriting, has set out to release an NFT collection on the Ethereum blockchain consisting of pictures that feature the finest moments from the 60s and 70s Rock n Roll music culture in collaboration with Rarible, one of the largest NFT marketplaces in the world today.

Pattie Boyd’s memorabilia collection is called RECOLLECTION and is to be launched in April 2022 through the RR auction house along with digital Rarible sales. Those who purchase the historic pictures will be able to add royalty rates to NFTs for their resale in order to further accelerate progress in blockchain and the art of photography.

Not only that, even audio clips will be attached to some of the NFT pieces, so there is no doubt that collectors will have an incredible experience. The Beatles and Eric Clapton’s previous bands like Cream, Derek and the Dominos, The Yardbirds, have defined the second half of the 20th century’s culture as a whole.

There is profound value in the original images of The Beatles having fun and touring, so RECOLLECTION definitely had to make this list.

Reach out to us at [email protected] and we will get back to you as soon as possible with potential collaboration opportunities!