13 min readCould Terra become the largest stablecoin in the Cryptoverse? 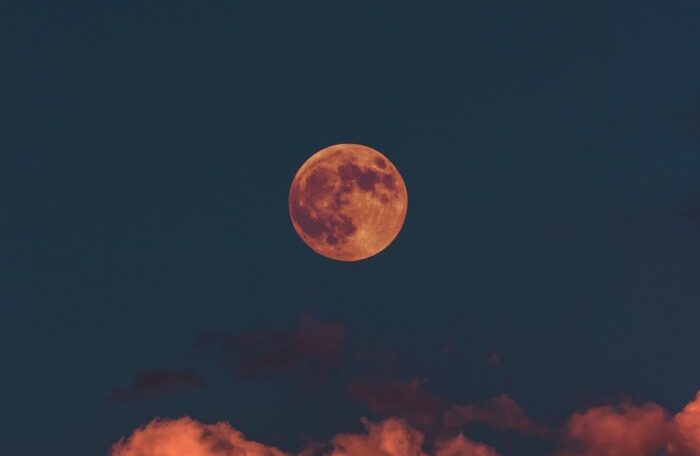 The stablecoin battle is heating up — there are a lot of moving parts to this conversation. I have been a Terra user and investor since early 2021 and have witnessed the evolution of this project. On 2 February 2022, I wrote a piece titled ‘8 reasons to get behind the ‘roaring’ Terra ecosystem’ to welcome in the Lunar new year and since then, the price has continued on an upward trajectory. As of 11 April, the $LUNA token is experiencing a pullback, but this is natural after a meteoric rise of over 100% in a short time frame.

To distinguish an important point, this article is less about $LUNA’s price and more about how Terra has the fundamentals to become the dominant stablecoin in DeFi and the potential to significantly disrupt the largest market in crypto: money.

We’ll discuss why below, but before we get there let’s start with a quote from a Coindesk article dated 6 July 2021 that illustrates how large $UST could become, if successful.

“An algorithmic stablecoin is one that can keep its peg using only software and rules. If one ever works, it could scale infinitely, to whatever size an economy needs”.

The question has arisen: does $UST have robust enough software, rules and backers to make it the largest stablecoin in the world? Let’s dive in.

The rise of stablecoins began in early 2021 and the rate of growth has been astounding. The total market capitalisation is climbing towards $200 billion (captured in The Block’s chart below) and this trajectory is likely to continue for the rest of the decade and beyond.

Unstoppable Domains CEO Matthew Gould, predicts that the stablecoin market could hit $1 trillion by 2025 — approximately a 5x increase within three years. This seems plausible considering the path of growth illustrated by the above leaders $USDT, $USDC, $BUSD, $UST and $DAI. Even at $1 trillion, this would still be a vastly insignificant droplet in comparison to the oceanic size of the foreign exchange market valued at $2.4 quadrillion (i.e. $2000+ trillion).

At the time of writing in the first week of April 2022, TerraUSD, known as $UST, had a market capitalisation of $16.5 billion which represented approximately 9% of the total stablecoin market. If the total stablecoin market capitalisation reaches $1 trillion and extrapolating based on $UST’s current share, this could result in $UST having a supply of around $100 billion. This would result in a significant amount of $LUNA being burned, leading to price appreciation. Economist Murray Rudd developed a model that indicates the price of $LUNA could be somewhere between $750 and $1000 by the start of 2024.

A reminder to my fellow investors’ — it is a long term game. Consider your goals and time horizon.

A CBDC spanner in the works

There are potential headwinds preventing stablecoin adoption en masse, namely Central Bank Digital Currencies (CBDCs). Although some thought-leaders have argued that the draconian regulation of centralized coins could drive users to decentralized stablecoins such as $UST, or other emerging projects like $USN.

It’s possible that the regulation of fiat-backed stablecoins (i.e. $USDT/C) could actually benefit decentralized algorithmic stablecoins like $UST, as it’s much harder for central governments to regulate and intervene in a decentralised marketplace. Who would they go after?

As polemic as the regulation debate is, I don’t think it will be the be-all and end-all of cryptocurrencies. For some context, I’m a Londoner who thinks that in some ways, regulation is inevitable and there are some good arguments as to how it could benefit the space. We are seeing more action from governments and in fact, the UK Chancellor of the Exchequer (the equivalent of the US Secretary of Treasury) recently announced that:

“Stablecoins are to be brought within regulation paving their way for use in the UK as a recognised form of payment”.

This means the UK now joins other jurisdictions like the US, Germany, Portugal, Switzerland, UAE and Singapore which are making moves to further stablecoin adoption.

Will the stablecoin incumbents’ ($USDT/C) reign come to an end?

$USDT/C remain the undisputed market leaders with market capitalisations of $82 billion and $52 billion, respectively. However, there are existing concerns in relation to both of these projects:

The other option is $DAI, which adopts an inefficient capital model where you have to over-collateralise in order to mint stablecoins. For example, you have to post $150 dollars of $USDC as collateral, to mint $100 of $DAI.

Many people believe $UST, a decentralised and algorithmic stablecoin, could be the optimal solution that strikes a perfect balance of the following trade-offs:

To understand why $UST has carved out its own, and dare I say indisputable, space in the cryptoverse, read on.

The multi-trillion dollar question: will $UST be able to hold its peg?

Most of the criticism is focused on the possibility of a bank run and a resultant $UST de-peg event, so let’s start there. This is a legitimate concern as all previous algorithmic stablecoins (e.g. Iron Finance) have failed and TradFi bank runs have occurred throughout history.

It’s important to understand that $UST has an algorithmic relationship with $LUNA such that 1 $UST is equal to 1 dollar of $LUNA. This is in contrast to debt-based stablecoins such as $DAI, which are overcollateralised (i.e. not in a 1:1 ratio) by external assets such as Ethereum and $USDC.

To illustrate this idea with a simple analogy, you can think of $LUNA as being similar to gold bars that have high monetary value but are impractical to use as a medium of exchange (mainly due to price volatility). You can use $LUNA to mint $UST, which are like gold coins that are easier to spend as a medium of exchange and have almost no price risk. Similarly, you can always reverse this process by smelting the coins back down to liquid gold and recreating the solid bars (i.e. redemption of $UST for $LUNA ). $UST and $LUNA are fundamentally the same material but expressed in different forms.

Algorithmic stablecoins don’t require debt or external collateral. As a result, they’re more capital efficient (i.e. less upfront capital is required to drive returns) and can grow far quicker than their debt-based counterparts. However, this also means they are more prone to tail-risk from black swan type events (e.g. the Covid-19 pandemic), which in theory could trigger a “death spiral”.

Essentially, since a dollar of $LUNA is the reserve asset of 1 $UST (i.e., endogenous collateral) we could see a self-reinforcing positive loop destined for doom. Theoretically, this is how the reflexivity could play out:

2. Terra has proven its resilience to date, such as the May 2021 crypto market-wide drawdown.

3. Terra has recently started its bitcoin (and $AVAX) acquisition spree to build a stronger defence relating to $UST’s peg to the dollar.

4. Affluent and connected backers with deep pockets have a vested interest in Terra’s success.

To quote Do Kwon:

“Money ($UST) is simply a technology with three use cases, you can either hold, invest or spend it”.

Terra enables you to hold $UST on Anchor, deploy $UST on Mirror as collateral to facilitate investing and spend TerraKRW (Korean Won) using Chai. The ways to utilise $UST are increasing on a weekly basis, literally. See the Terra ecosystem map below.

The success of the Terra ecosystem can be measured by observing the rate and level of $UST adoption, both internally and externally:

Messari confirms that out of all the stablecoins, $UST has the fastest-growing supply circulation and usage.

Network effects are everything in the stablecoin market. As $UST is the fastest and most thoroughbred horse, it’s hard to bet against it.

2. UST Peg Has Been Battle-Tested

In May 2021, the market crash saw $LUNA’s price fall by more than 70%. This drawdown that threatened the peg was accentuated by liquidation cascades on Anchor (the savings protocol that requires a specific loan-to-value on borrowed amounts) and oracle transaction failures caused by network congestion. With the support of buyers of last resort, Terra was able to survive and $UST’s peg was restored. Over the past 12 months, Terra has developed significantly in terms of financial backers, developers, community size, and application landscape. But what’s most captured my attention has been their strategy of bringing exogenous collateral onboard which should create a demand floor in the face of future $UST contractions.

As cryptocurrency investors, we have to accept the reality that we are experimenting at the frontiers of unchartered technology. $UST is the first algorithmic stablecoin experiment to succeed and the fundamentals suggest that this success will continue.

3. A Diplomatic Alliance Between Bitcoin & Terra

The Luna Foundation Guard (LFG), a new non-profit organisation helmed by representatives of the Terra ecosystem, has announced a strategy of acquiring $10 billion in bitcoin. The bitcoin reserve will collateralise $UST, resulting in higher security to defend $UST’s peg to the dollar.

The exogenous reserve fund will initially comprise bitcoin held by the Luna Foundation Guard (LFG). In terms of security, the LFG has a council of seven members, which is secured in a multi-sig (a setup where you need multiple signatures to access the crypto) held by the council members.

What is the key takeaway from this strategy?

The $BTC reserve will not back $UST as a stablecoin. The reserve will act as a market participant (i.e. a buyer of $UST) that will be able to absorb $UST supply contractions. By doing this, the pressure on $LUNA as a reserve asset is reduced, in other words, $BTC will act as a backstop. Remember, typically when you redeem $UST you mint $LUNA (creating supply expansion). A death spiral due to market uncertainty is averted by substituting bitcoin for $LUNA (see the image below).

With this new mechanism, Terra is drawing parallels to central banks and fractional-reserve banking. Kanav Kariya, president of Jump Crypto, said that the reserve mechanism “is similar to how many central banks hold reserves of foreign currencies to back monetary liabilities and protect against dynamic market conditions” — source: Ryan Weeks @ The Block.

$UST are the liabilities and $LUNA, bitcoin and $AVAX are the assets.

Besides the 3 factors discussed above, it’s also worth noting the immensely powerful backers with an interest in the Terra ecosystem, such as Galaxy Digital (investor), 3 Arrows Capital (investor), Jump Capital (investor) and Ava Labs (partner). These backers bring clout, in both social and financial terms, which cannot be overstated and is likely what helped Terra survive the severe $UST contraction in May 2021.

To illustrate this point, Jump Capital has demonstrated the long term conviction they hold in their bets and their degree of commitment to the DeFi space. Recently, in the unfortunate Wormhole bridge hack, Jump Crypto provided 120K in $ETH as a bailout (approximately $360M). Influential actors with a vested interest in Terra might do whatever is necessary to sustain Terra’s health.

Looking at the landscape more broadly, VanEck, who is a global investment manager that oversees more than $60 billion in crypto-assets and runs a series of crypto ETPs (exchange-traded products, such as ETFs), just released an ETP for $LUNA that has opened the floodgates for more institutional capital to come pouring in.

Let’s return to the central question of this article: ‘could Terra become the largest stablecoin in the cryptoverse?

Currently, $UST represents 1/3 of $USDC and 1/5 of $USDT. Due to a lack of trust surrounding $USDT and centralisation concerns around $USDC, there is a strong possibility that capital will select the most established decentralised and trustless option— $UST.

There are a number of reasons to speculate in favour of $UST becoming the dominant stablecoin:

If Terra succeeds, $UST will become the reference stablecoin in the whole of DeFi and $LUNA will go to 5+ digits.

It’s now over to you.

Reach out to us at [email protected] and we will get back to you as soon as possible with potential collaboration opportunities!